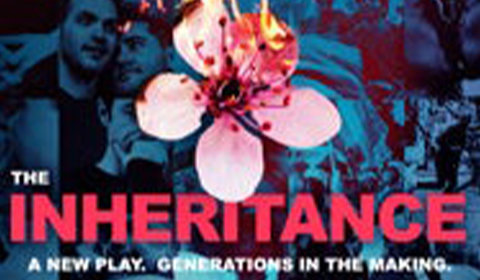 Olivier Award winning American epic The Inheritance transfers to Broadway after immense critical acclaim at London’s Young Vic and Noël Coward theaters. Following the lives of three generations of gay men, this epic play is split into two parts and can be watched over one day or consecutive evenings at the Barrymore Theatre.

Set in New York, The Inheritance initially follows a group of gay men as they experience the turbulence of contemporary love and life. Branching out to represent individuals over the prior three decades who are all searching for community and acceptance, the show has drawn comparisons to the generation-defining masterpiece Angels in America. With plot inspiration expertly taken from E.M. Forster’s Howards End, the show is a deeply emotional – but often piercingly funny – meditation on what we owe to the legacy of our fore-bearers.

Playwright Matthew Lopez previously won an Obie Award for The Whipping Man (2006), and The Inheritance marks his Broadway debut. The play is directed by Tony, Olivier and Emmy Award winner Stephen Daldry (Billy Elliot the Musical, The Crown). Other creatives include designer Bob Crowley and lighting by Jon Clark.

The Inheritance on Broadway can be experienced over the course of one epic day or savoured across individual nights. Part 2 of this compelling and sharp new play begins previews at the Barrymore Theatre on October 11 2019.

Special notice: Fans of Tony Kushner or Kevin Elyot should consider booking tickets to this epic, heart-breaking and humorous saga. The Inheritance is also a sure hit for younger theatregoers thanks to its fresh-eyed and personal take on relevant political and social issues.

The Inheritance Part 2 seat view photos show what view you will get for your money. Unfortunately we do not have any seat views for this show.

I still loved Part Two of this phenomenal show but I did notice quite a few changes that, for me, didn't... More

I still loved Part Two of this phenomenal show but I did notice quite a few changes that, for me, didn't make it flow as well as it used to.

I was engrossed in Part 1 and found Part 2 to be compelling, as well. That said, I think that there... More

I was engrossed in Part 1 and found Part 2 to be compelling, as well. That said, I think that there could have been some tightening up of the story with fewer long pauses and speeches. It's a lot to ask of an audience to sit for 6.5 hours. The characters are well developed.

Very good play, better than part 1. It is long but it flows well and doesn't feel like 3 plus hours.