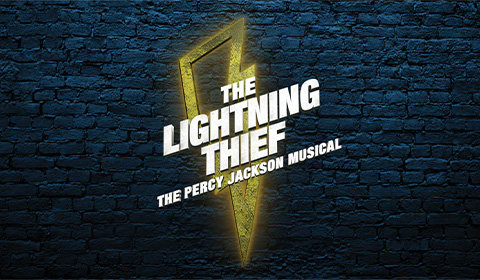 Longacre Theatre
25 seat views
After successful runs Off-Broadway and on tour, mythic musical adaptation The Lightning Thief: The Percy Jackson Musical is heading for Broadway. Described as having "one foot in Harry Potter and another in Dear Evan Hansen" (Chicago Tribune), the musical is based on Rick Riordan’s best-selling young adult series.

Percy Jackson has plenty to worry about – high school, grades, growing up – but there’s something that trumps it all: he’s the son of Greek god Poseidon. With newfound powers and monsters snapping at his heels, Percy and his friends must embark on an epic quest to retrieve Zeus’ lightning bolt and prevent all-out war.

The Lightning Thief is adapted from Riordan’s books by Joe Tracz (Be More Chill), who provides the book, and Rob Rokicki, who writes the music and lyrics. The transfer marks Rokicki’s Broadway debut.

Other creatives include director Stephen Brackett, who was most recently represented by Be More Chill, and choreographer Patrick McCollum (The Band’s Visit).

Brush up on your mythic monsters and get ready to join Percy Jackson on a legendary adventure. The Lightning Thief begins previews at the Longacre Theatre on September 20 2019, with opening night set for October 16.

The Lightning Thief: The Percy Jackson Musical seat view photos show what view you will get for your money. Unfortunately we do not have any seat views for this show.