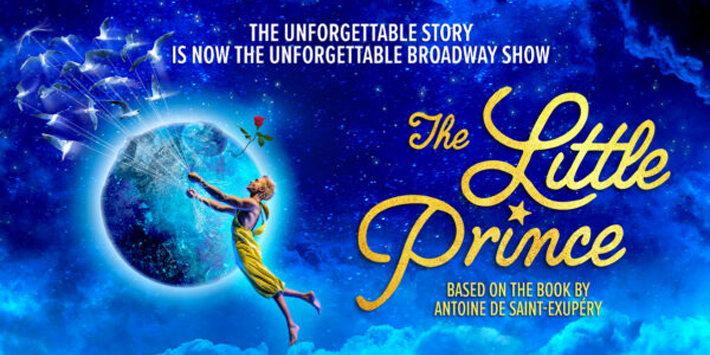 The unforgettable story on stage

Take flight at the Broadway Theatre as magical story The Little Prince welcomes audiences on an incredible fantasy adventure.

Based on the classic book which has captured the imaginations of readers across the world, The Little Prince follows an aviator who descends from the sky into a desert, and meets the Little Prince, who is on a remarkable adventure. As the Little Prince journeys across incredible landscapes and meets some fascinating characters, he slowly but surely learns to follow his heart.

Don’t miss your chance to see this unforgettable show in New York; step into an immersive world unlike anything you’ve seen before with The Little Prince tickets.

Age recommendation: Best for age 5+. Under 4s not permitted.

The Little Prince seat view photos show what view you will get for your money. Our users will start adding seat views when the show opens.

Earn double Rewards points by adding your The Little Prince seat view photo! Use your points for Theatre Tokens and Encore Tickets vouchers and get money off your next theatre trip.