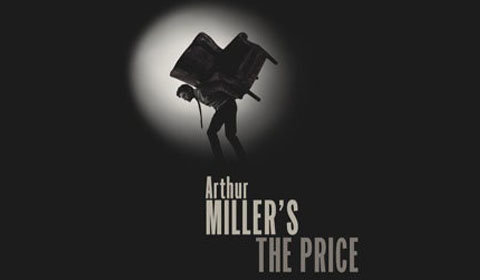 In a New York brownstone, Victor and Walter Franz meet to value their parents’ last possessions. Joined by shrewd furniture dealer Gregory Solomon and Victor’s wife, the pair become embroiled in a series of confessions, all leading to a final realization: the cost of their past decisions threatens to outweigh any of the material benefit around them.

Arthur Miller was a major 20th century playwright often lauded for his tragic exploration of the American Dream. The recipient of the Pulitzer Prize for Drama, his works include Death of a Salesman and Broken Glass.

Danny DeVito (Gregory Solomon) is a Golden Globe and Emmy nominated actor, with credits including FX’s It’s Always Sunny in Philadelphia, Matilda (which he also directed), and Batman Returns.

Mark Ruffalo (Victor Franz) is best-known today as Bruce Banner/The Hulk in Marvel’s Avengers franchise. His previous stage credits include Awake and Sing!, with award-nominated turns on-screen in Spotlight and The Kids Are Alright.

The pair are joined by Tony Shalhoub (Golden Boy; Conversations with My Father) as Walter Franz and Jessica Hecht (Fiddler on the Roof; A View from the Bridge) as Esther Franz.

The Price on Broadway is directed by Terry Kinney (Reasons to be Pretty), founder of Steppenwolf Theatre Company, with set design from Derek McLane (Noises Off), costume design from Sarah J. Holden (Buried Child) and original music by Jesse Tabish.

With a remarkable story about family, brotherhood and the American Dream at its core, The Price at the American Airlines Theatre is one to watch. It begins previews on February 16 2017.

Special notice: Fans of Arthur Miller will find his universal themes and precise interrogation of the American Dream on full display. Danny DeVito’s Broadway debut alongside an exceptional cast also makes The Price a hot ticket.

The Price seat view photos show what view you will get for your money. Unfortunately we do not have any seat views for this show.