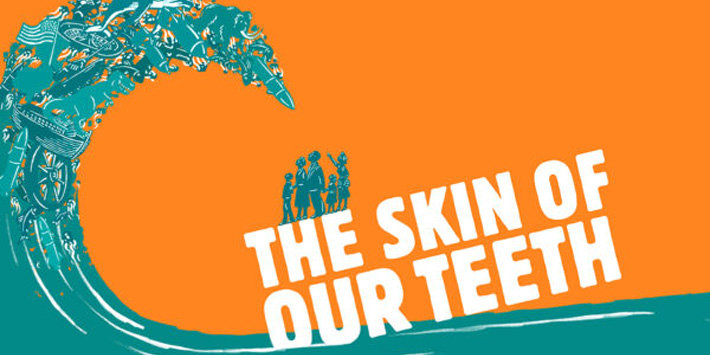 The Skin of Our Teeth tickets

Lincoln Center Theater celebrates the 150th anniversary of playwright Thornton Wilder’s birth with a revival of his epic comedy, The Skin of Our Teeth. This new production features extra material from Branden Jacobs-Jenkins.

George and Maggie Antrobus have been married for 5,000 years. In that time, they’ve survived wars, floods, plagues and all other manner of disasters. But now, they’re running low on food and there’s a massive glacier heading towards their New Jersey home.

The Skin of Our Teeth play is a sweeping comedy about endurance in the face of adversity, as one family perseveres through the spectrum of the human experience. This revival is directed by Lileana Blain-Cruz, with additional material by Branden Jacobs-Jenkins (Gloria) that speaks directly to the modern moment.

Book The Skin of Our Teeth tickets and travel through centuries of human history with one family in this extraordinary, acclaimed revival. It runs for a limited season at the Beaumont Theater.

Running time: 2 hours and 55 minutes (including one brief pause and one intermission)

The Skin of Our Teeth seat view photos show what view you will get for your money. Unfortunately we do not have any seat views for this show.