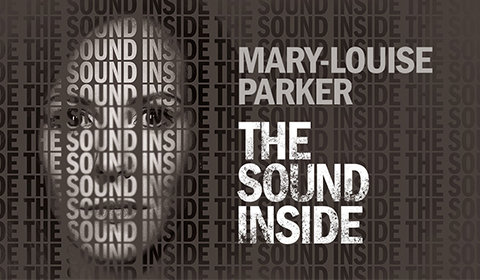 The Sound Inside tickets

Set in an Ivy League college, The Sound Inside follows highly accomplished creative writing professor Bella as she faces an unprecedented challenge. Setting aside her long-coveted solitude, Bella is drawn to brilliant but mysterious student Christopher. As she battles with the urge to ask something of him, this provocative new play will keep audiences gripped until its revelatory final moments.

Mary-Louise Parker stars as Bella, having originated the role in the play’s premiere at Williamstown Theatre Festival. An Emmy, Golden Globe and Tony Award winner, Parker has appeared in Proof (2000) on Broadway, the HBO miniseries adaptation of Angels in America (2003) and comic drama Weeds (2005-12). She is joined by Will Hochman in his Broadway debut; he previously appeared in The Sound Inside at Williamstown Theatre Festival.

Playwright Adam Rapp’s previous work, Red Light Winter, earned him a spot on the Pulitzer Prize shortlist. A writer for stage, screen and novels, his output includes time as a creative consultant on The L Word and young adult novel 33 Snowfish (2003).

The Sound Inside was commissioned by Lincoln Center Theatre, and is directed by David Cromer (The Band’s Visit).

A compelling story about words, knowledge and a searching connection between two individuals, The Sound Inside at Studio 54 Theatre begins previews from September 24, with opening night set for October 17.

Special notice: Fans of new writing should put The Sound Inside tickets at the top of their to-buy list. After receiving great reviews for its world premiere, this two-hander will be an utterly unique and gripping addition to New York’s theater scene.

The Sound Inside seat view photos show what view you will get for your money. Unfortunately we do not have any seat views for this show.