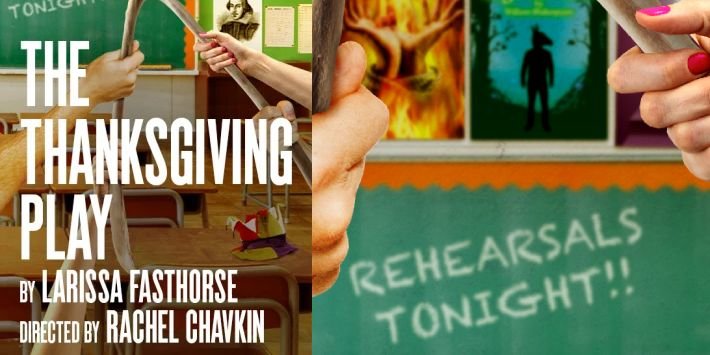 A satirical feast for Broadway

A feast of US social issues sets its sights on Broadway, as biting satire The Thanksgiving Play plays at the Hayes Theater. Not only a fantastically funny and probing show, this also marks the first female Native American playwright to have a play produced on Broadway.

The road to hell is paved with good intentions, and never has that been more true than when three well-meaning theater artists decide to stage the most culturally sensitive Thanksgiving school pageant imaginable. They dream of giving a voice to Native Americans, but actually finding a Native American to advise them might be harder than it looks….

Larissa FastHorse’s The Thanksgiving Play is a hilarious look at a group of white Americans trying their hardest to create a show for Native American Heritage Month, and spectacularly failing along the way. At the Hayes Theater, it is directed by Rachel Chavkin (Hadestown).

The Thanksgiving Play Broadway cast is to be confirmed.

Roasting well-meaning liberals, representation on and off stage and the state of US social issues, The Thanksgiving Play tickets on Broadway promise a laugh-out-loud night of theater that will make you think along the way.

The Thanksgiving Play seat view photos show what view you will get for your money. Our users will start adding seat views when the show opens.