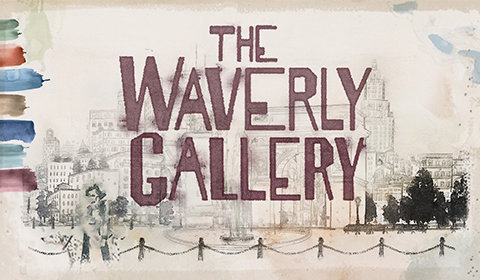 Golden Theatre
3 seat views
Academy Award winner Kenneth Lonergan brings acclaimed play The Waverly Gallery to Broadway. Having originally premiered at the Williamstown Theatre Festival in 1999, it heads to the Golden Theatre this Fall with Elaine May starring.

Gladys is an activist, an art gallery owner and a grandmother. She’s also living with Alzheimer’s. As her health declines, so too does her independence – but Gladys refuses to relinquish her freedom without a fight. Part memory play, part love-letter to familial strength, The Waverly Gallery is a warm, moving and frequently funny tribute to the bond between generations.

Elaine May stars as Gladys, marking her return to the New York stage. She is best-known as a comedian and writer, with two Academy Award nominations for Best Screenplay (Heaven Can Wait; Primary Colors) and a string of directing credits including The Heartbreak Kid.

She is joined in The Waverly Gallery on Broadway by Lucas Hedges (Manchester by the Sea; Moonrise Kingdom) as grandson Daniel, Joan Allen (The Heidi Chronicles) as Ellen, and Michael Cera (Lobby Hero) as Don.

Kenneth Lonergan was nominated for the Pulitzer Prize for Drama for The Waverly Gallery and has gone on to even more success, counting an Academy Award for Best Screenplay to his name for the devasting Manchester by the Sea. His play Lobby Hero returned to Broadway in 2018 with a cast including Captain America star Chris Evans.

Anchored by an unforgettable central character who is sure to strike a chord with many theatergoers, The Waverly Gallery at the Golden Theatre marks Lonergan as one of our greatest modern playwrights. It begins previews on September 25 2018.

Special notice: Fans of Manchester by the Sea should catch this stunning example of Kenneth Lonergan’s stage work, whilst anyone wanting to watch a show-business legend on stage can do no better than Elaine May.

The Waverly Gallery seat view photos show what view you will get for your money. Unfortunately we do not have any seat views for this show.