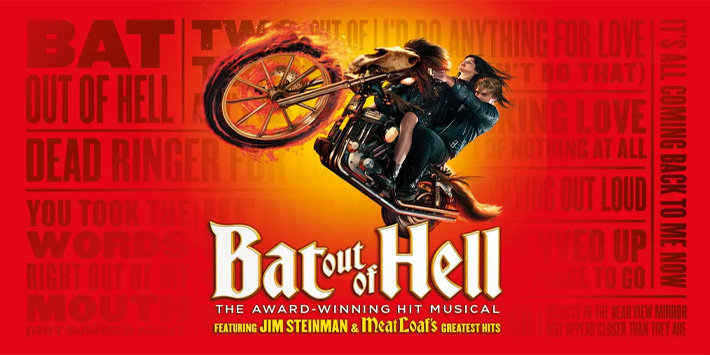 Bat Out Of Hell - The Musical Tickets

Ed Mirvish Theatre
0 seat views
Back due to popular demand, Jim Steinman’s smash-hit, rock ‘n’ roll spectacular Bat Out Of Hell the Musical returns to Toronto to play a limited season at the Ed Mirvish Theatre. Following a phenomenal London premiere in summer 2017, the five-star musical has received wide acclaim from audiences and critics alike, continuing to stun packed-out crowds.

Based on Jim Steinman and Meat Loaf’s classic 1977 collaborative album of the same name, Bat Out Of Hell takes place in a dystopian world, following Strat, the leader of the Lost, as he falls madly in love with Raven; the daughter of the tyrannical Falco. A romantic adventure about youth, rebellion and passion, the show is a wild ride set in a post-apocalyptic city that is guaranteed to capture your soul.

A high-octane, rock ‘n’ roll adventure, the stadium musical tears through over 20 classic Meat Loaf hits, including “It’s All Coming Back To Me Now”, “I’d Do Anything for Love… (But I Won’t Do That)”, “You Took the Words Right Out of My Mouth (Hot Summer Night)”, “Bat Out Of Hell”, “Dead Ringer For Love” and “Two Out Of Three Ain’t Bad”, plus many more.

Originally starting in 1974 as a futuristic workshop musical called Neverland, the show is loosely based on Peter Pan. First performed at the Kennedy Center Music Theatre Lab three years later, Meat Loaf heard the songs and thought they should be recorded as his next album. The record went on to sell a total of 43 million copies worldwide.

Returning to Toronto following huge demand, Bat Out Of Hell the Musical plays from 16 October to 4 November 2018. Experience the thrill of London’s most spectacular musical live on stage!

Age recommendation: Recommended 15+. No under 2's.

Special notice: Meat Loaf fans will not want to miss out on this epic adventure, whilst those unable to travel to London can now catch it closer to home! An unmissable theatrical event for lovers of music, rock ‘n’ roll and spectacular effects.

Bat Out Of Hell - The Musical seat view photos show what view you will get for your money. Unfortunately we do not have any seat views for this show. 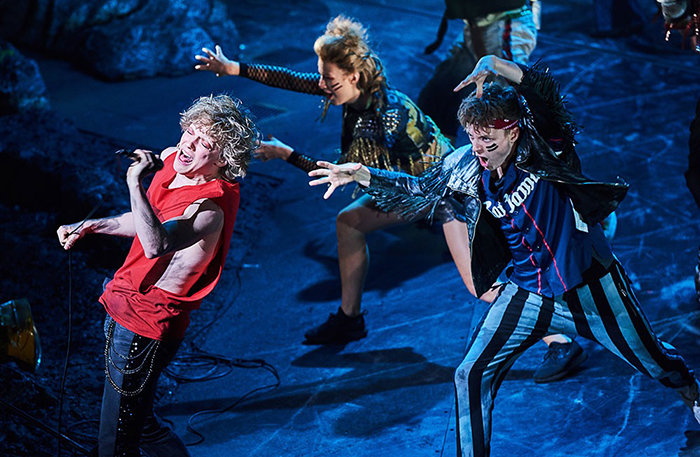 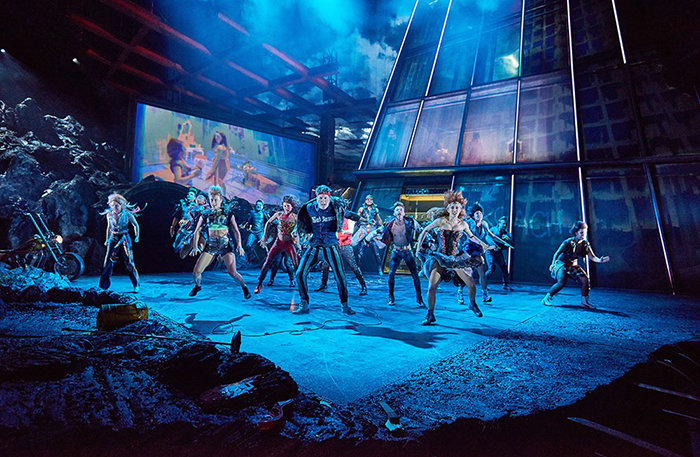