The CAA Theatre has a capacity of 678 seats. Section capacities are 438 Orchestra and 240 Balcony. Use our interactive seating chart to view 0 seat reviews and 0 photos of views from seat.

Formerly known as the Panasonic Theatre, the site of the CAA has long been involved in the Toronto entertainment industry. Originally built in 1911 as a private residence, it became a cinema in 1919 known as The Victory, with further name changes including The Embassy in 1934, as well as The Astor, The Showcase and The Festival. 1993 saw the venue become a legitimate theatre, renovated as The New Yorker Theatre and hosting the off-Broadway production Forever Plaid. In 2004, the interior of the building was demolished in order to rebuild a live, concert venue from scratch.

Under the ownership of Live Nation, the building reopened in 2005 as the Panasonic Theatre, hosting a variety of entertainment that included Dylan Moran, The Boy with Tape on His Face and Ghost Stories. Key Brand Entertainment purchased the theatre in 2008, later acquired by Mirvish Productions. In 2018, CAA and Mirvish Productions formed a partnership that renamed the theatre the CAA and rebranded the venue to host world-class touring theatre such as Million Dollar Quartet and King Charles III.

With a contemporary, gig-style interior, the theatre has an intimate seating capacity of 700 split across the Orchestra and Balcony, providing good sight-lines throughout. The Orchestra is the largest section in the theatre, consisting of three blocks of seating that face the stage head-on. The Balcony is situated directly above the Orchestra, with one small block of seating that faces the stage head-on. Offering a range of views, Loges are also available in the Balcony, offering close-up, side-on views of the stage. 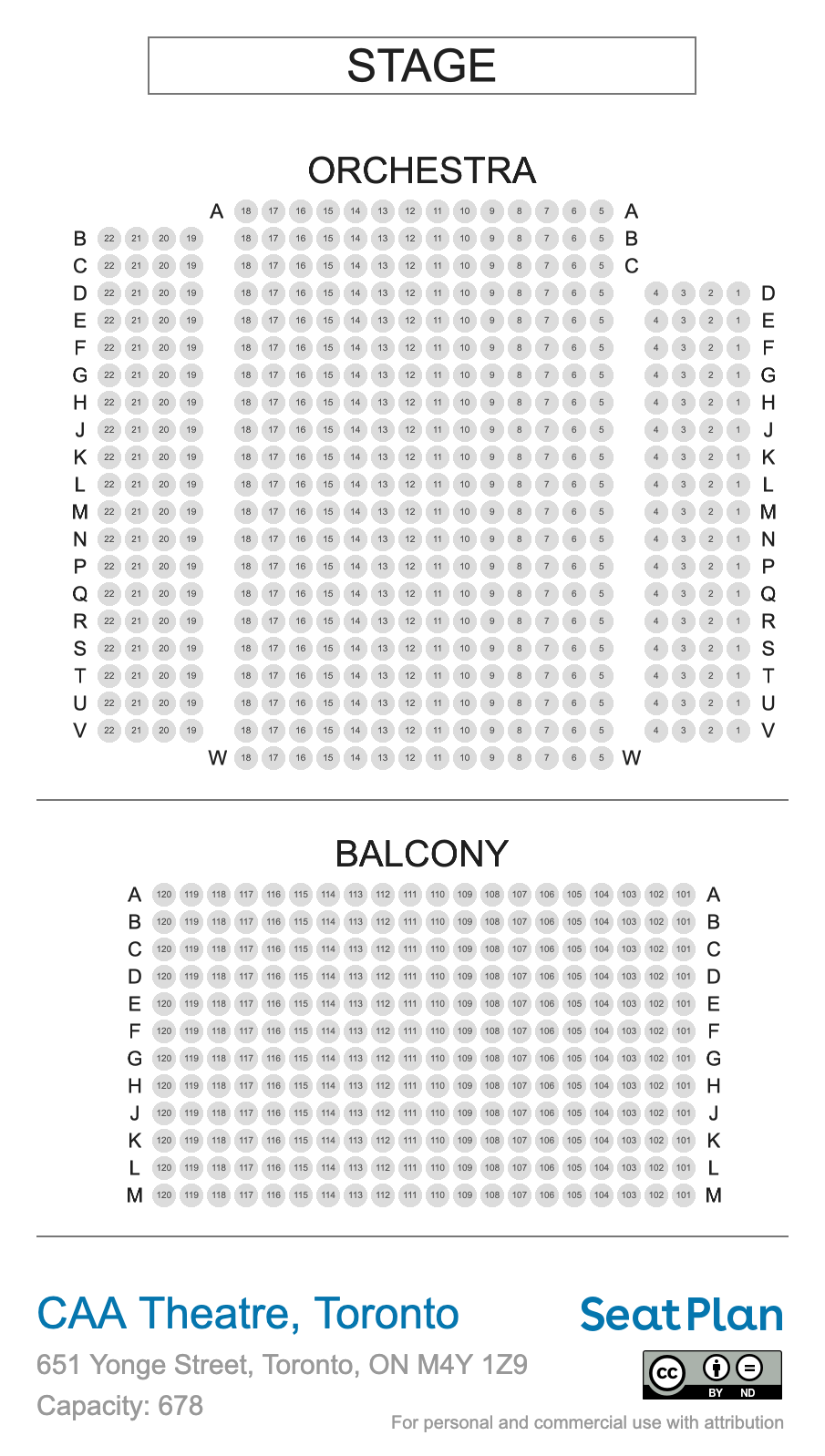 Those looking to purchase tickets on a budget should opt for seats in the Balcony, where you can achieve a panoramic view due to the head-on rows. Despite feeling distant, there are minimal obstructions and rows G-M can be a great option. As seats are priced the same anywhere in the row, it is best to sit as centrally as possible.

Seats in the front-centre of the Orchestra and Balcony offer the best views in the CAA Theatre, complete with a premium price tag. Rows B-P in the Orchestra and A-F in the Balcony allow you to have the most immersive, visceral experience.
Your basket is empty.