The Royal Alexandra Theatre has a capacity of 1258 seats. Section capacities are 625 Orchestra, 330 Balcony and 303 Upper Balcony. Use our interactive seating chart to view 8 seat reviews and 7 photos of views from seat.

Originally built in 1907, the Royal Alexandra Theatre is the oldest operating theatre in North America. Conceived by young entrepreneur Cawthra Mulock to put Toronto on the cultural map, the theatre was designed by architect John M. Lyle, in a beaux-arts style of ornate marble and mahogany. A first-class venue that quickly brought in new business, the theatre was patented by Edward VII, dubbing it North America’s first “royal” venue, named after Danish princess Alexandra; the Queen’s great-grandmother. A roster of stars have played on the Royal Alexandra’s stage, including John Gielgud, Edith Piaf and Orson Welles.

In 1963, Edwin Mirvish purchased the building, becoming a Mirvish Productions-owned theatre in 1986. Since then, smash-hit musicals from across the globe have passed through the halls, including Hair, Godspell and Kinky Boots. In 2016, the theatre underwent a $2.5 million restoration project, transforming the interior to suit contemporary facilities and improve audience comfort. With a seating capacity of 1,497, the Royal Alexandra is built across three sections that include the Orchestra, Balcony and Upper Balcony.

The Orchestra is the largest section in the theatre, split into three blocks of seating offer great views of the stage. The Balcony is a more intimate section and is a great option for large-scale musicals. The Upper Balcony is the highest tier in the theatre, with a similar capacity to the Balcony, and is better known as the “Gods” or “student seating”, as it offers the most affordable tickets. Boxes are located in the Orchestra and Balcony, offering side-on views of the stage. 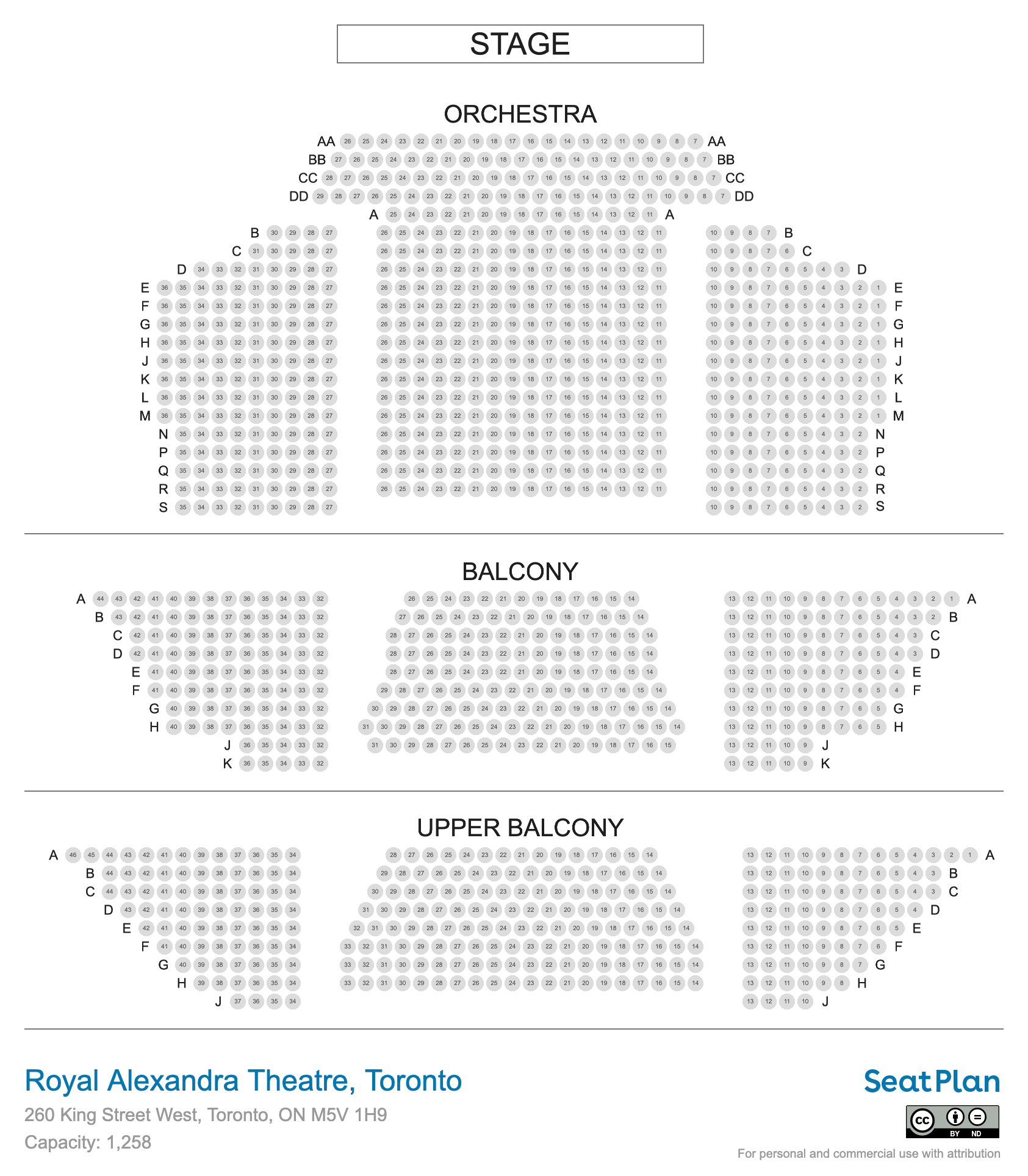 For those looking to purchase tickets on a budget, seats in the Upper Balcony are the most inexpensive, offering some decent views despite feeling far away. Some bargains can be found at the very ends of rows in the Orchestra, where you will get a side-angled, but very close-up view of the stage.

Seats in the front and centre of the Orchestra and Balcony offer the best views in the Royal Alexandra Theatre, complete with a premium price tag. Rows A-E in both sections allow you to see the entire stage in detail, whilst rows AA-DD of the Orchestra offer the most immersive experience. 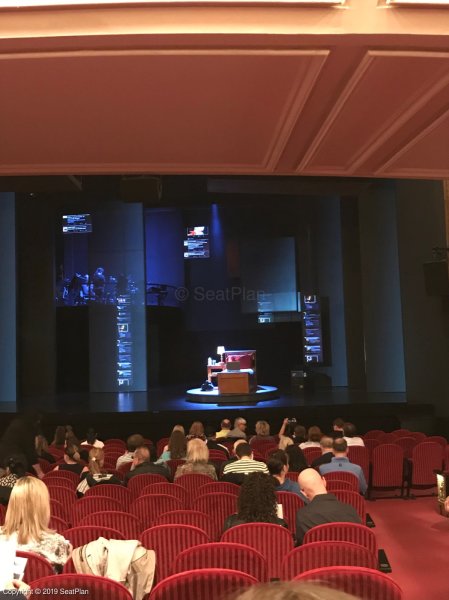 What a gorgeous theatre this is. Very modern and extremely comfortable seats. This seat was towards the back but the rake was excellent and could see everything clearly. A little bit further forward would have been able to see faces a bit more cle... More 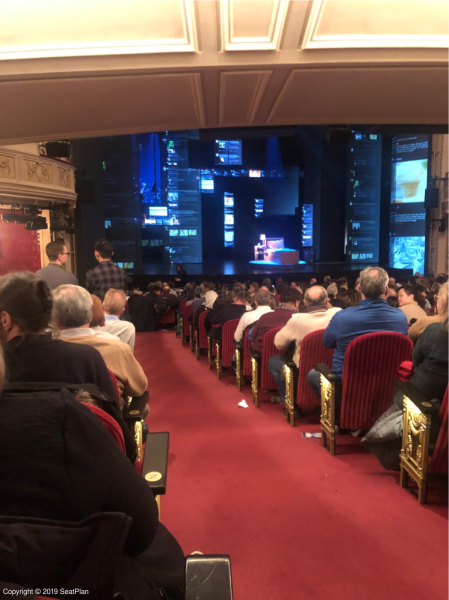 The view was good despite the overhang, which was not a problem for this show at all. For a theatre seat the legroom was adequate but by no means roomy. My knees hurt a bit after the show. The seat next to this (Q27) is on the aisle if you are boo... More 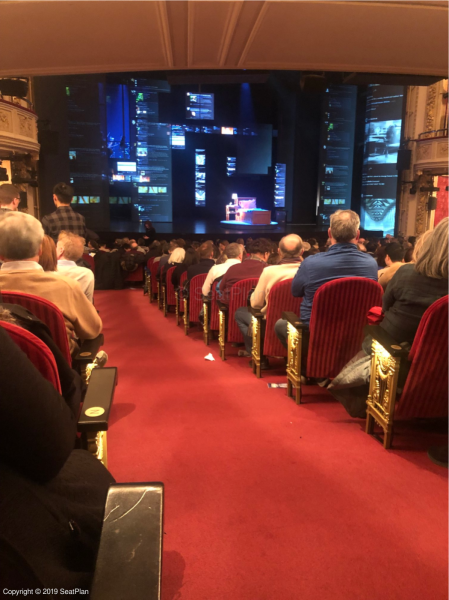 The seat was a good price for the Orchestra Stalls. While it was still pricey, seats a few rows ahead were an extra $100. Despite the overhang, the view was unhindered. It was ever so slightly side on but not in a noticeable or discrattionary way... More