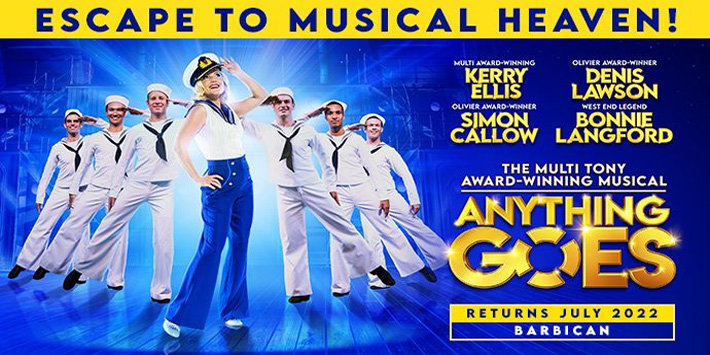 The hit musical returns to London

After entertaining sold-out audiences and earning 5-star reviews in 2021, Anything Goes is sailing back to the West End for another round of high-seas hijinks!

Cole Porter and P.G. Wodehouse’s sea-faring comedy follows two sets of lovestruck passengers on the S.S. American. From singer Reno Sweeney to stowaway Billy Crocker, the musical features a cast of loveable rogues to accompany your journey across the Atlantic.

Packed full of tap-dancing sailors, hilarious miscommunications and incredible golden-age songs including “You’re The Top” and “I Get A Kick Out Of You”, Anything Goes tickets are a sure-fire way to put a smile on your face.

Set sail for an evening of pure entertainment and experience the sensational musical that took London by storm; Anything Goes plays a strictly limited second season at the Barbican Theatre.

Sorry this show closed 03 September 2022, we recommend these similar productions. 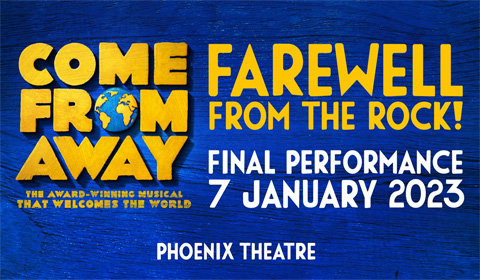 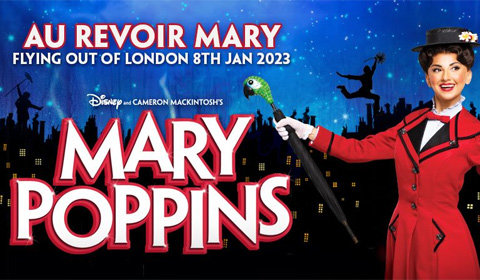 SeatPlan Recommends:Anything Goes takes place on an ocean liner that is three levels high. To enjoy a full, unobstructed view of the full stage, choose seats in the Stalls and Circle. Patrons in the highest levels of the auditorium will only miss brief moments and nothing central to the story – choose seats towards the centre of the sections for the clearest view.

Didn't really know anything about it beforehand (other than the title number at the end of Act 1) so... More

Didn't really know anything about it beforehand (other than the title number at the end of Act 1) so think that helped me enjoy the plot even more as events unfurled. Some absolutely hilarious elements had me in tears of laughter - the leads were all really strong. The highlight is definitely the ensemble numbers which were absolutely brilliant. Definitely would recommend!

Anything Goes was one of the best shows I have ever seen. Sutton Foster is ridiculously talented and... More

Anything Goes was one of the best shows I have ever seen. Sutton Foster is ridiculously talented and being able to see the tap number in person after years of watching the Broadway version on YouTube was amazing! The whole cast were incredible. The sets and costumes were gorgeous and the choreography is next level.

This musical, written by Cole Porter, made its Broadway debut in 1934, and opened in the West End a year... More

This musical, written by Cole Porter, made its Broadway debut in 1934, and opened in the West End a year later. It features memorable, foot-tapping musical numbers such as: “I Get A Kick Out Of You”, “You’re The Top”, and the titular “Anything Goes”. It’s ostensibly a love story of Billy, who is chasing the woman of his dreams Hope, who is engaged to Lord Evelyn; but Reno, who is friends with Billy has feelings for him. Throw in a second rate gangster, a man-eating ‘missionary’, a man who cannot see because his glasses are stolen, and a case of mistaken identity, where Billy is idolised as Snake Eyes, “Public Enemy No. 1” then you have the basic ingredients for two hours of rib-tickling slapstick at its best. The comic-timing, the outstanding musical soundtrack (“Buddie, Beware” was exceptional), the production, and the gusto each cast member gave their roles has placed this musical firmly inside my top 5 favourite shows. Even the Conductor, Mark Aspinall, had his own part to play in various parts of the show, especially when he bought the actors ‘back to heel’ to stop talking when they should be singing. (Oh, and Bonnie Langford can still high-kick those heels!) The staging is absolutely mesmerising: you feel that you are on the ship’s deck, or in the cabins, or in the cocktail lounge along with the characters. The detail given to the set pieces, the various breathtaking outfits - particularly the women’s - and the out-of-this-world choreography (“Anything Goes” was stunning) has put this musical on a definitely must-see when it next returns to London.

This was the last performance of a great show, and it was really special to be there on the last night.... More

This was the last performance of a great show, and it was really special to be there on the last night. Great speech by Robert Lindsay. Apparently there are rumours of the show coming back, they'll get a kick if you book, it would be d-lovely.

This is is such a classic! Epic Cole Porter numbers! Rachel York's voice is such a perfect fit for this... More

This is is such a classic! Epic Cole Porter numbers! Rachel York's voice is such a perfect fit for this score - she is fantastic! amazing range and acts it to perfection! so funny! set is really stand out, fresh and bright. who doesn't love tap dancing sailors!!! go see it this before it closes!

This was an absolutely joyous production. I grinned from ear to ear all the way through. I hadn’t expected... More

This was an absolutely joyous production. I grinned from ear to ear all the way through. I hadn’t expected it to be so funny, having only vaguely remembered the film. The set of the ocean liner was clever and convincing. The dance routines were excellent, comic timing perfect, acting spot on for the type of production. Sutton Foster was incredible in the lead. After one particularly physical and longer dance routine she immediately launched into a beautifully phrased, pitch perfect song. I don’t know how she wasn’t bent double gasping. Gary Wilmot was a surprise after only having seen him in kids' tv shows. He played a great part and has a good singing voice. Likewise Robert Lindsay is “Wolfie Smith” to me, but he’s obviously made for the stage. There was great chemistry between him and Sutton Foster and there were either little ad libs and extras that caught each other off guard and raised smiles and laughs - or it was all perfectly rehearsed to appear that it was spontaneous and excellently delivered. Felicity Kendal wasn’t as prominent in the show as I’d expected her to be, but that was probably for the best. She delivered her characteristic trademark little smiles and simpers charmingly, but her American accent went from atrocious to non-existent, bless her. It seemed that the whole cast were enjoying the performance as much as the audience were and I do hope that’s the case. Everyone was on their feet at the end with a genuine standing ovation and those without masks could be seen beaming. I'm not usually over keen on a musical, but it’s the best thing I’ve seen in ages. If you’re wondering about going - treat yourself. 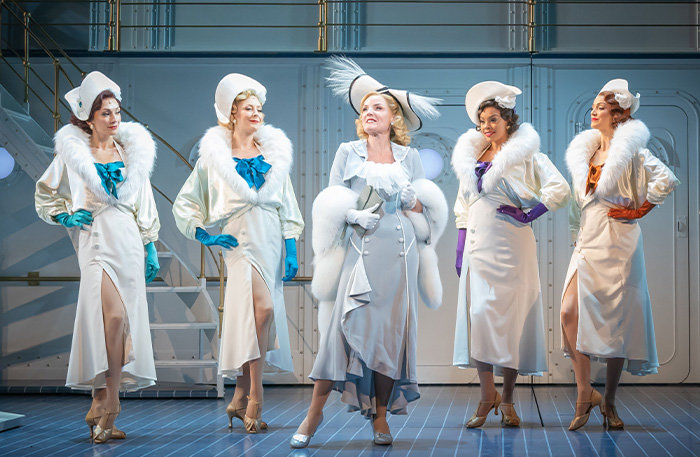 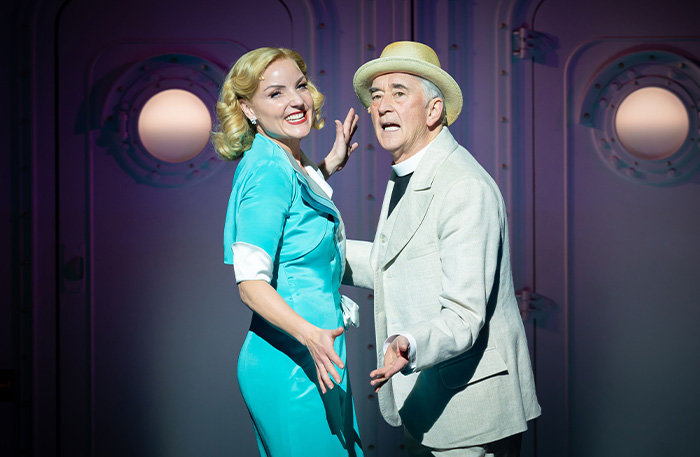 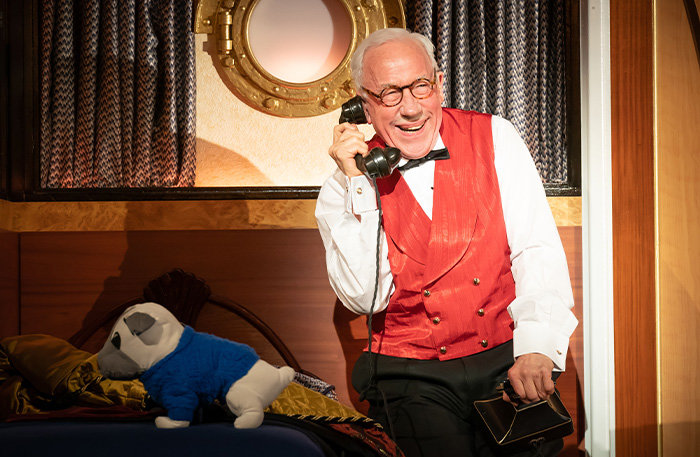 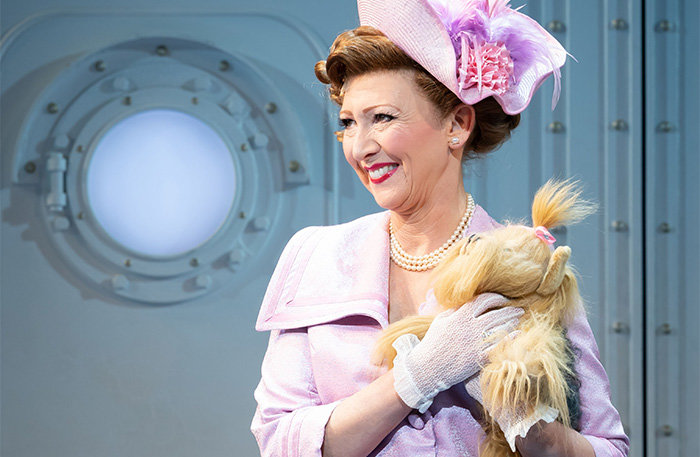 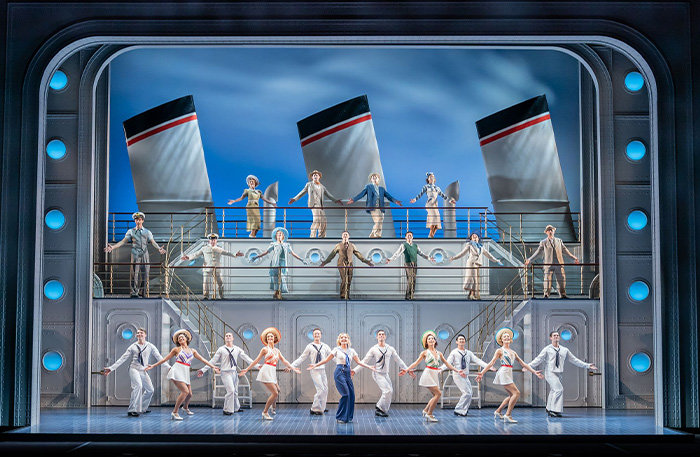 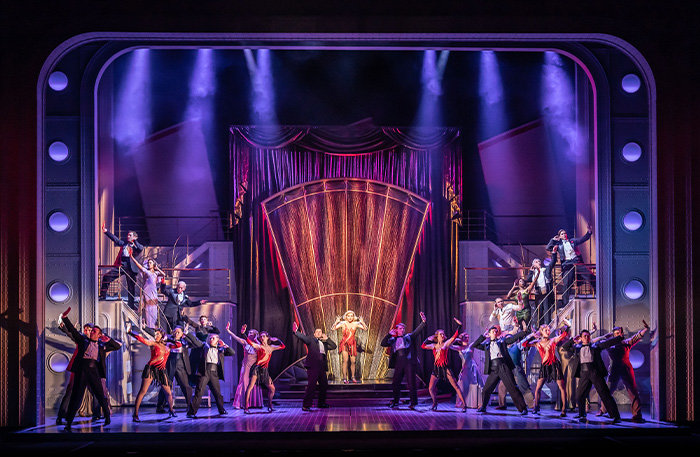