Manchester is one of England’s largest surviving industrial towns which is full of culture and iconic landmarks. The city is also well-known for its sports, being home to two of the country’s biggest football teams: Manchester United and Manchester City. The area’s architecture ranges from Victorian to contemporary and is noted for often using red bricks. Notably, the Neo-Gothic Manchester Town Hall is thought to be one of the most important Victorian buildings in England. Outside of the city are many former cotton mills – a reminder of the city’s industrial boom. The city boasts myriad performance venues, including the vast Manchester Arena and O2 Apollo Manchester. Musicians hailing from Manchester include The BeeGees and Oasis. Manchester theatre encompasses several notable spaces including the Manchester Opera House, and Palace Theatre. The former is a Grade II listed building which hosts touring musicals, concerts and ballet as well as a seasonal panto. The latter is operated by Ambassador Theatre Group and has a rich Music Hall history, hosting stars such as Charlie Chaplin; nowadays it's a major touring venue offering large-scale musicals, shows and ballet. 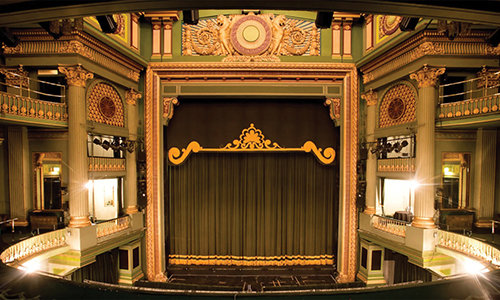 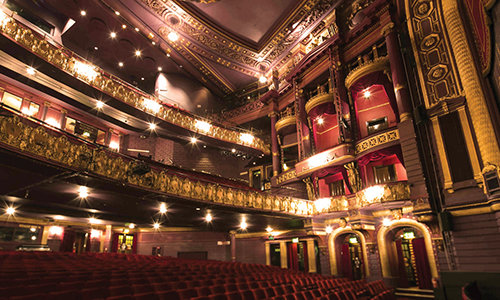