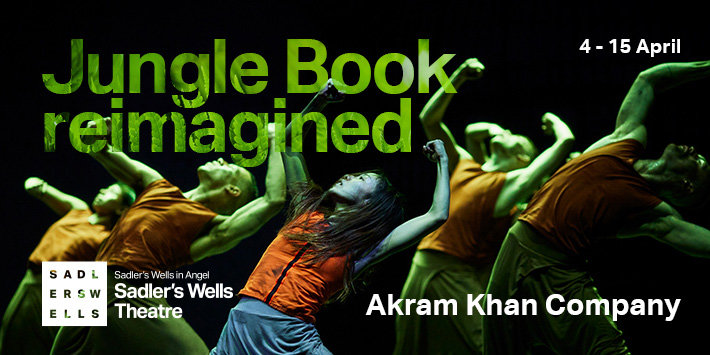 Dance innovator Akram Khan presents a magical new version of The Jungle Book at Sadler’s Wells. This retelling, inspired by the climate crisis, is a powerful story from an award-winning creative team.

In the near future, a family is torn apart and must leave their climate-ravaged homeland. When they arrive in a deserted city where wild animals have staked their claim, the youngest, Mowgli, finds unlikely allies in this unfamiliar jungle.

Akram Khan Company’s Jungle Book boldly reimagines Rudyard Kipling’s story through the eyes of climate refugees. This vibrant show brims with vitality and urgency, and features an original score and state-of-the-art animation and visuals to bring Mowgli’s story to life.

This production is a visual treat with a striking message about the natural world and the human need to belong. Book Akram Khan Company: Jungle Book reimagined tickets to experience this compelling story as you’ve not seen it before.

Akram Khan Company - Jungle Book reimagined seat view photos show what view you will get for your money. Our users will start adding seat views when the show opens.