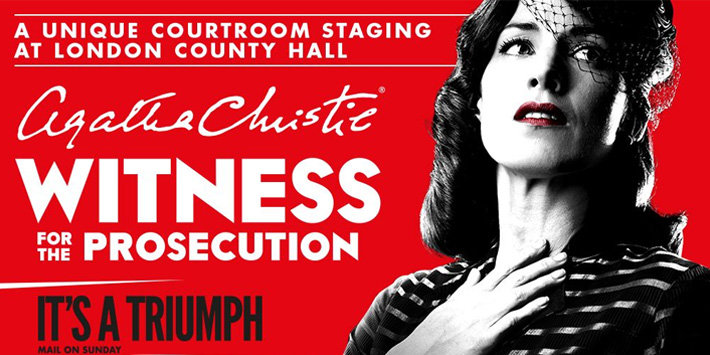 Witness for the Prosecution Tickets

You are summoned for jury service

Leonard Vole has been accused of murdering a widow in order to inherit her wealth. As he takes to the stand to protest his innocence and convince the jury that he did not commit this crime, expect shocking twists, powerful testimonies and tales of passion and betrayal.

First published by Agatha Christie in 1925 as the short story, 'Traitor's Hands', the Witness for the Prosecution play debuted in 1953. The current London County Hall production, directed by Lucy Bailey, opened in 2017 and drew critical acclaim for its unique and imaginative staging in the Hall's former Council Chamber.

With seats available in the heart of the courtroom as well as on the jury bench itself, Witness for the Prosecution tickets will fully immerse you in the action and place Leonard's fate firmly in your hands.

Age recommendation: Best for age 10+. Babes in arms not admitted

Witness for the Prosecution tickets

SeatPlan Recommends: Choose seats in the Courtroom Stalls to feel totally immersed in this unique production as the trial plays out right in front of you. For a truly unforgettable experience, book a seat in the Jury Box and feel like your verdict could affect the play's outcome.

Earn Rewards points by adding your Witness for the Prosecution seat view photo! Use your points for Theatre Tokens and Encore Tickets vouchers and get money off your next theatre trip.

The production is mainly set at the Old Bailey, the debating chamber does feel like a court, amaz... More

The production is mainly set at the Old Bailey, the debating chamber does feel like a court, amazing space, very comfortable. I recommend this show.

My first time seeing this and it is superb. Very atmospheric and absorbing. Staging is fantastic... More

My first time seeing this and it is superb. Very atmospheric and absorbing. Staging is fantastic with different parts of the story being acted out on what for most of the time is the courtroom. Totally brilliant!

Brilliant show (strongly recommend going in blind without looking anything up so you can play alo... More

Brilliant show (strongly recommend going in blind without looking anything up so you can play along). The whole cast were excellent this is a very immersive show as its a old courtroom there is no backstage so the actors are entering and leaving the same way as the audience (with props and costumes hanging outside). I fully recommend if you can to get seats on the juror (these are premium seats put you get the best seats in the house, a programme and 2 drinks included) as it was so much fun doing, you are part of the show you get sworn in by the clerk, you have to rise when the judge enters, you get a little notebook to write notes in, you then delivery your verdict at the end (you even get an applause from the audience at the end). Fully recommend this show.

Agatha Christie story but I didn't know it. To be set as in a real courtroom made it very exciti... More

Agatha Christie story but I didn't know it. To be set as in a real courtroom made it very exciting and atmospheric. Beautiful building. Perfect seats. Actors excellent and I was enthralled all the way through and didn't guess the surprise ending at all. Would highly recommend.

Poor Mrs Emily French has been found murdered in her house, and the finger of suspicion is pointi... More

Poor Mrs Emily French has been found murdered in her house, and the finger of suspicion is pointing squarely in Leonard Vole’s direction. Did he do it? Or was he set up? Why is his wife Romaine a witness for the prosecution? Marlene Dietrich played the role of Mrs Vole in the 1957 film version (though she was called Christine in that production). The stage version is reasonably faithful to the movie, and for £95 you can have a fully immersive experience, by being a member of the jury. Both the Defence and Prosecution lawyers are seated in with the audience, on the far, upstage aisles. Many of the actors weave around the outer stall section. However, one of the actors even makes their way onto the balcony section. The majority of the show takes place in a courtroom, and you do get the feeling that that’s exactly where you are, rather than in a theatre. Everyone, from the main cast to Court Officers, Court Clerks and even the Stenographer added to the authenticity and overall experience and enjoyment of the show. What gave it that extra, was the added recording of crowd gasps and murmurs that you might hear in a real courtroom case. I would definitely add the to my ‘must see again’ list.

A really good production with great use of the space. Cast were all well practised and a faultles... More

A really good production with great use of the space. Cast were all well practised and a faultless performance. You felt that you were in a courtroom and on the front row, that you might be subjected to audience participation at any moment! 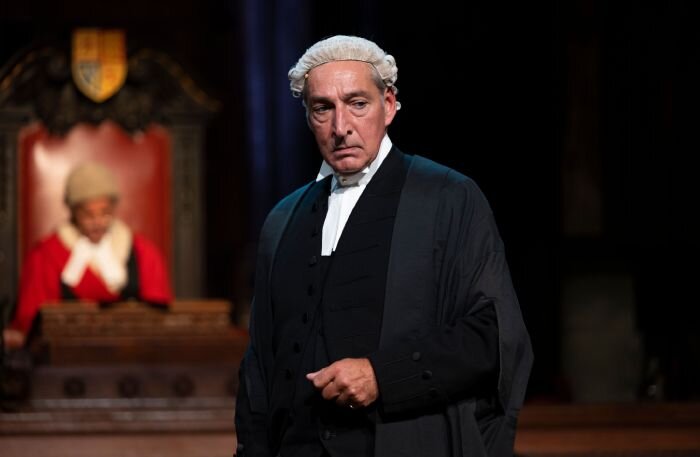 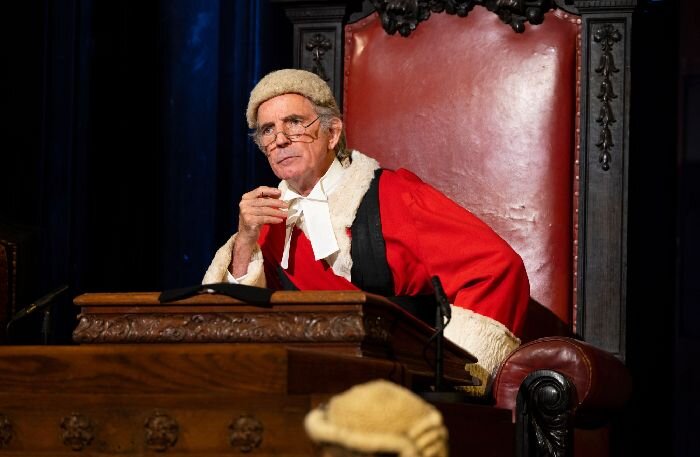 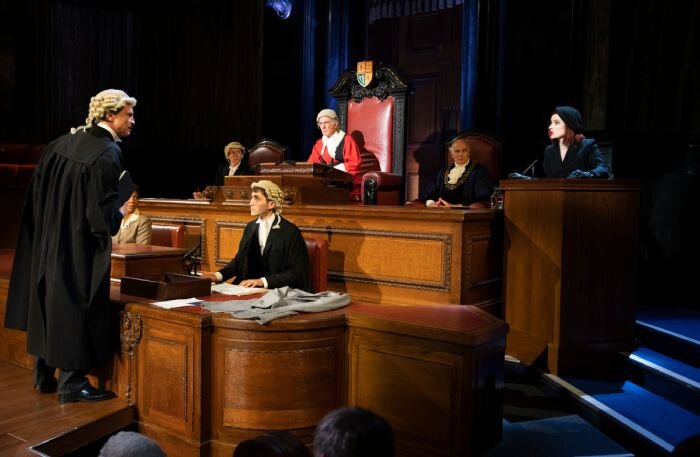 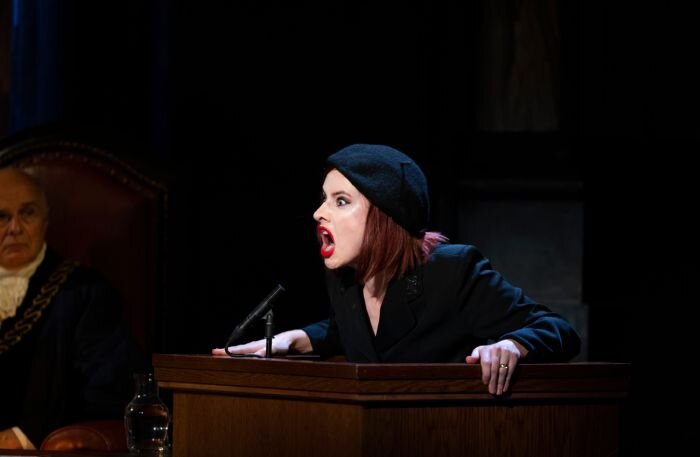 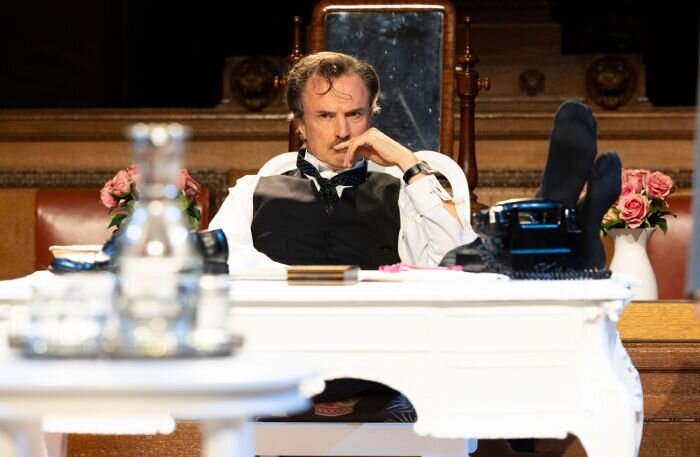 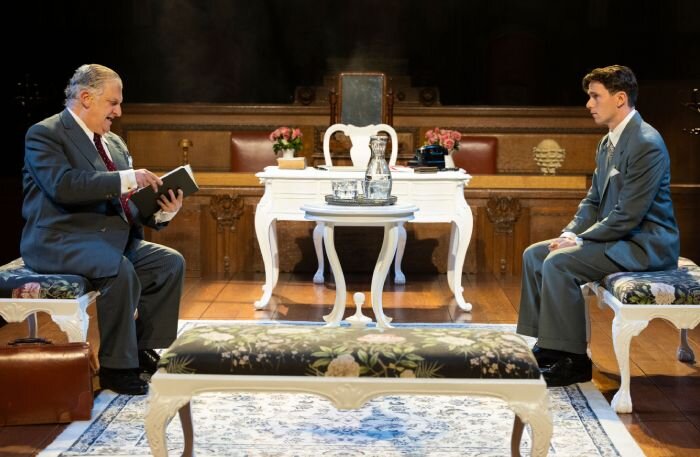