Harold Pinter Theatre
28 seat views
The incredible new play by J.T. Rogers, Oslo comes to the Harold Pinter Theatre for a limited run, with tickets available between 5th September 2017 and 30th December 2017, following runs both on Broadway and at the National Theatre.

As the eyes of the world’s press look on, the leaders of Palestine and Israel shake hands for the first time on the lawn of the White House in 1993.

Little do those watching know however, the negotiations leading up to this ground-breaking moment began in secret, hundreds of miles away in a castle in the middle of a forest on the outskirts of Oslo.

The play tells the real-life story of a couple of renegade Norwegian diplomats who managed to organise the top-secret meetings and helped do the impossible by forming friendships between Israeli, Palestinian, Norwegian and American people, with their untold heroics leading to the world-changing Oslo Peace Accords.

Oslo is directed by the acclaimed American theatre director Bartlett Sher. Sher is best known for the Broadway revival of South Pacific for which he received both the 2008 Tony Award and the Drama Desk Award for best direction.

Toby Stephens, known for his on stage and screen, will play the role of Norwegian social-scientist Terje Rød-Larsen. Stephens is joined by Lydia Leonard portraying diplomat and wife Mona Juul. Leonard was nominated for a 2017 Tony Award for her performance in Wolf Hall / Bring Up The Bodies.

Oslo is the latest play by J.T. Rogers, the internationally known playwright whose plays Blood and Gifts, The Overwhelming and White People have been seen around the world.

His latest play Oslo shows the best off the best of his writing, intertwining a deeply personal story against and epic historical landscape in this darkly funny and sweeping new play.

This latest transfer of Oslo comes to the West End’s Harold Pinter Theatre, following an acclaimed sold-out Broadway run, and a stint at the National Theatre earlier this year.

A brilliantly gripping play, Oslo takes to the West End stage for a limited run between 5th September and 30th December 2017 and is not to be missed, so buy your tickets now.

Special notice: The best tickets in the Harold Pinter Theatre can be found in the Stalls, however two supporting columns in Row M can cause restricted views. Lacking a rake, tickets in the front tends to be recommended.

The Dress Circle tends to have good views, however also has pillars in Row C. The Royal Circle and Balcony tend to have deeper curves and less legroom, making them some of the cheaper tickets in the theatre, but not the most comfortable while often feeling quite distant.

SeatPlan Recommends:Oslo is perfect for anyone who has heard about this exciting new play during its acclaimed Broadway and National Theatre runs, but hasn’t yet managed to get a ticket for it.

Who would have thought a show about the Middle East peace process would be so entertaining? I fou... More

Who would have thought a show about the Middle East peace process would be so entertaining? I found the acting, script, direction and whole concept of Oslo completely thrilling and absorbing. The 3 hours just flew by. Toby Stephens and Peter Polycarpou in particular were excellent. I wouldn't be surprised if this wins lots of awards!

The play was riveting - even though we knew the 'ending', we were waiting to see how it all playe... More

The play was riveting - even though we knew the 'ending', we were waiting to see how it all played out. Never has diplomacy seemed so thrilling - and so sad given what's happened since 1993. A taut play and production.

A fascinating play, with both tension and plenty of humour. Very well staged, and brilliantly act... More

A fascinating play, with both tension and plenty of humour. Very well staged, and brilliantly acted by all.

Great plot, fantastic acting. Dialogues are very rich and make you think and connect dots in your... More

Great plot, fantastic acting. Dialogues are very rich and make you think and connect dots in your mind.

This 2017 Tony Award winning play left a mark in the 2017-18 Broadway Season that made a quick transfer over to the UK. This play lived up to expectations and left a constant explosion of anger and comedy at the audience. This show is enthralling and highly energetic that made for a great evening. 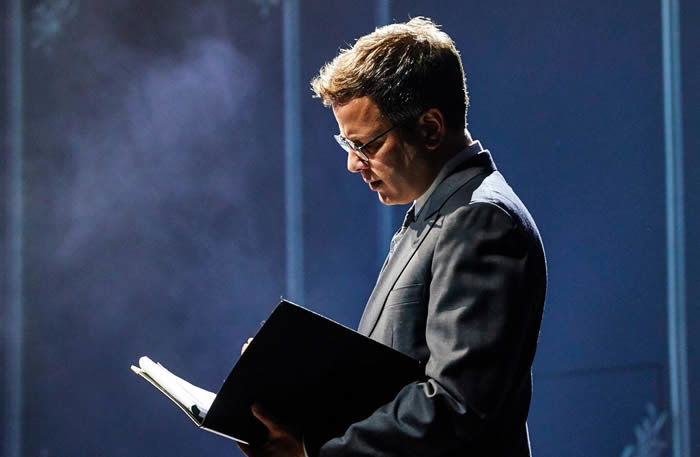 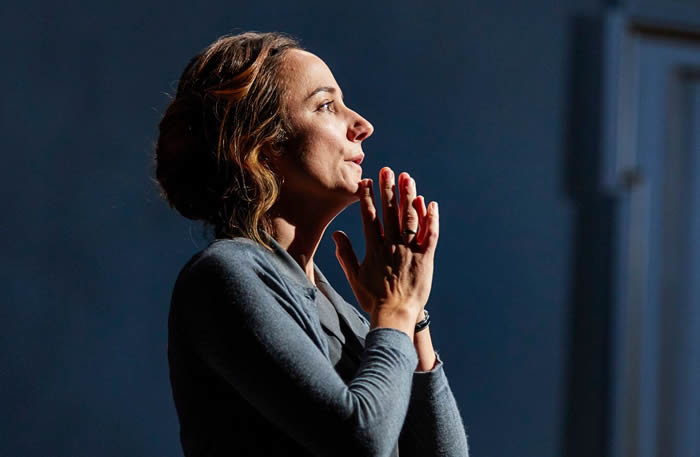 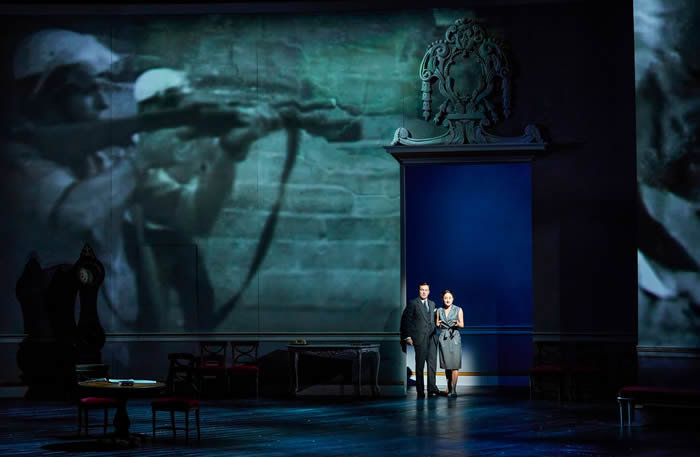 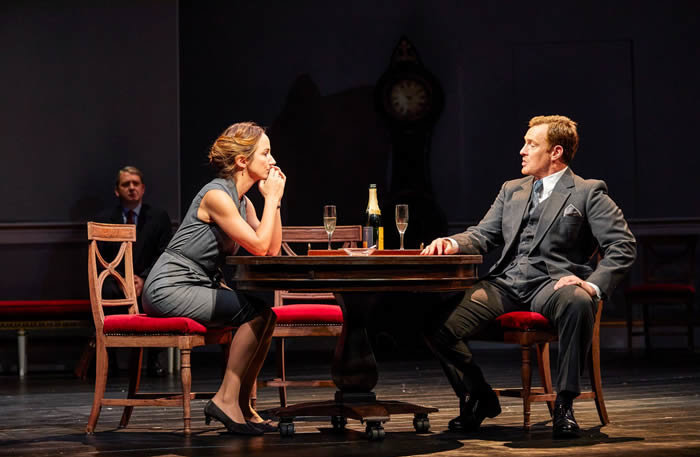 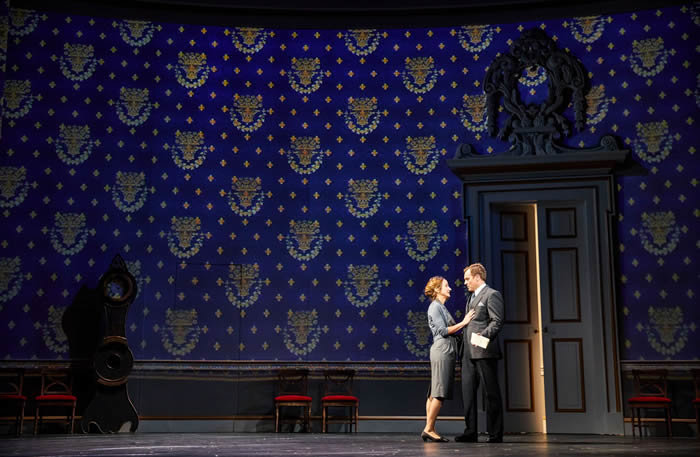 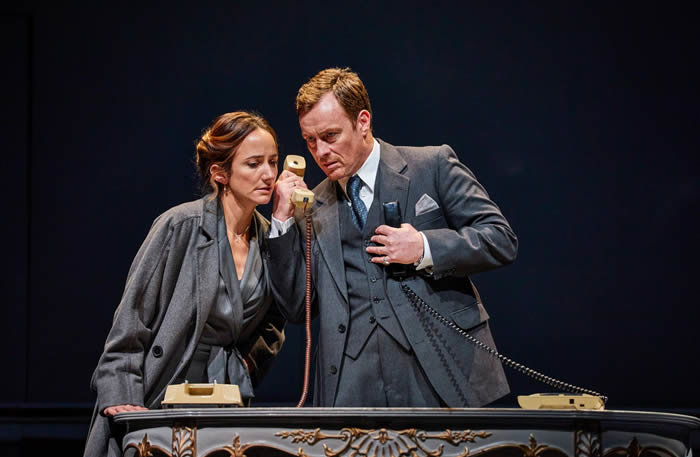 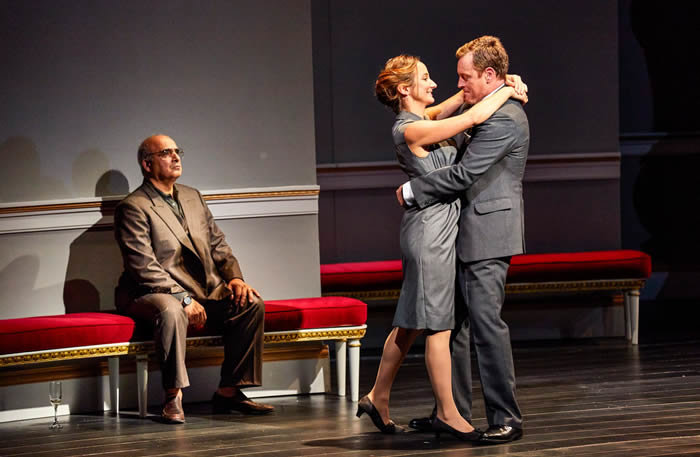 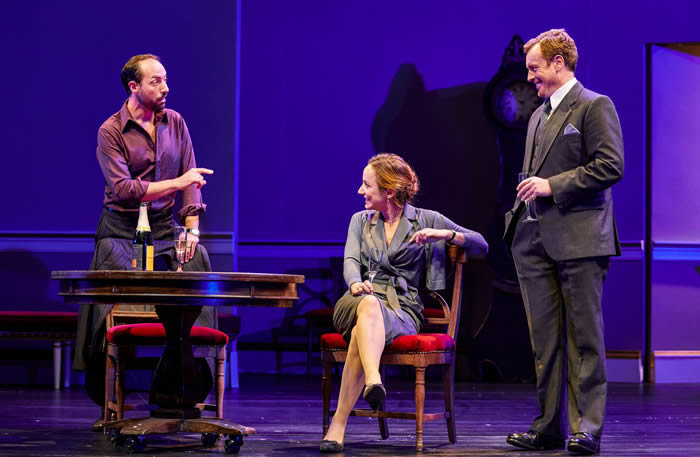 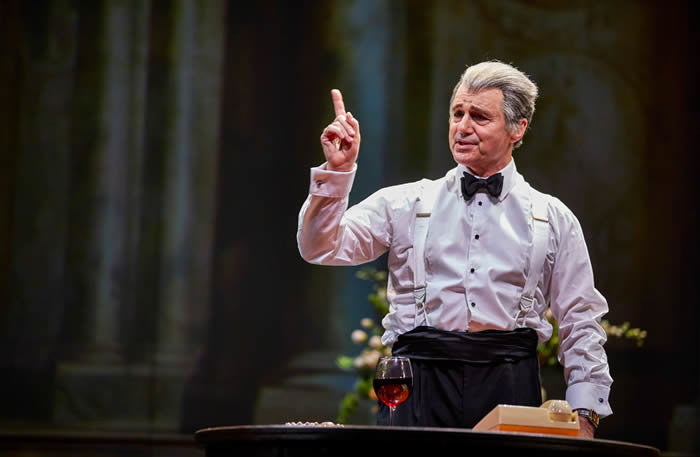 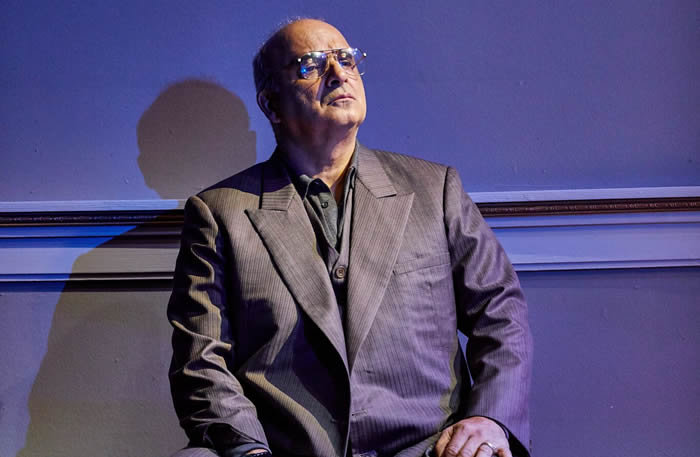 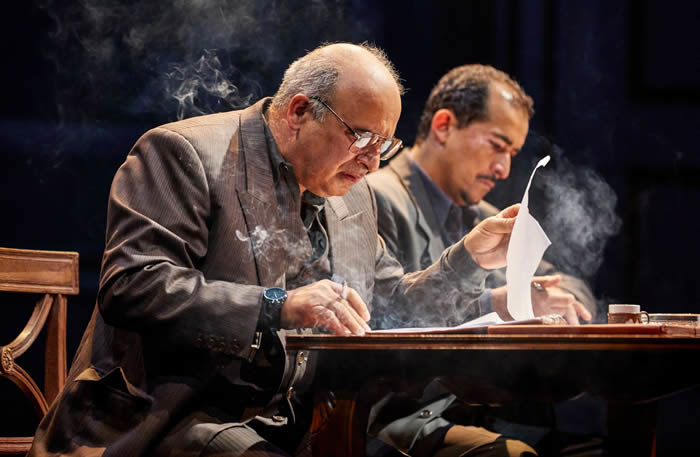 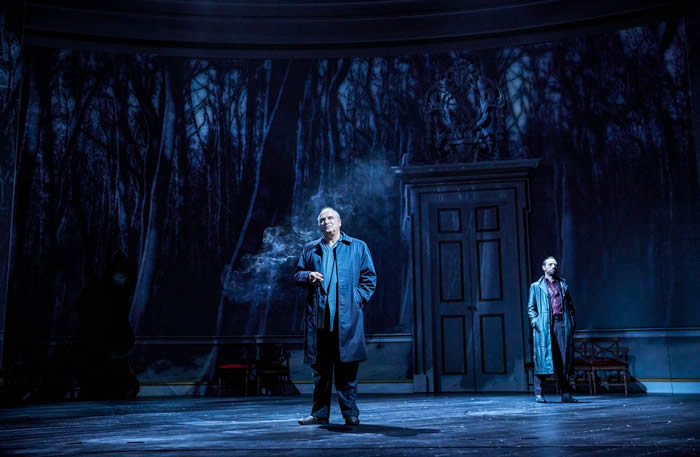 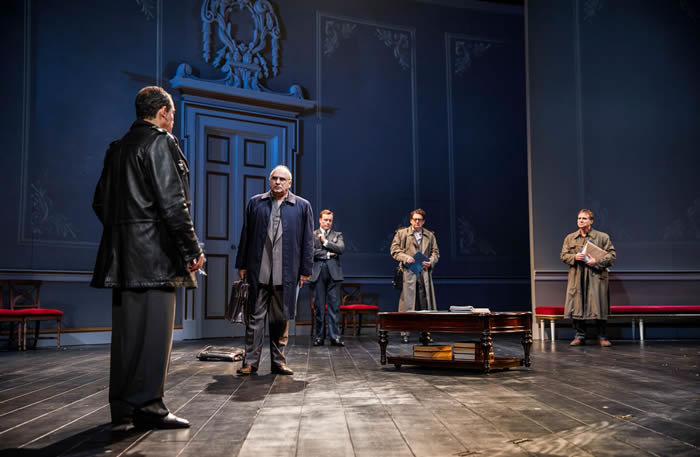 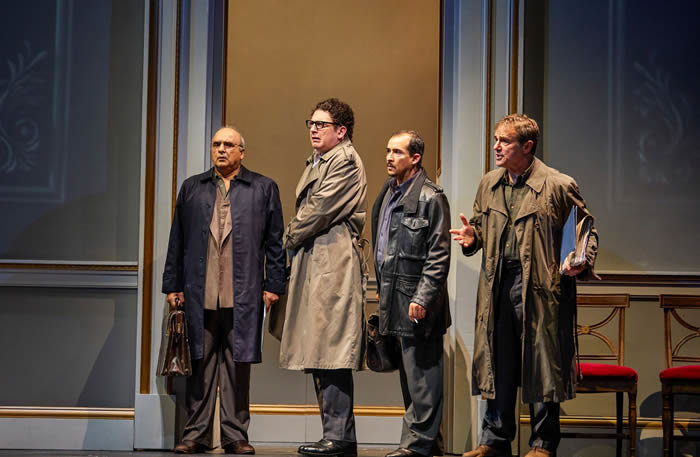 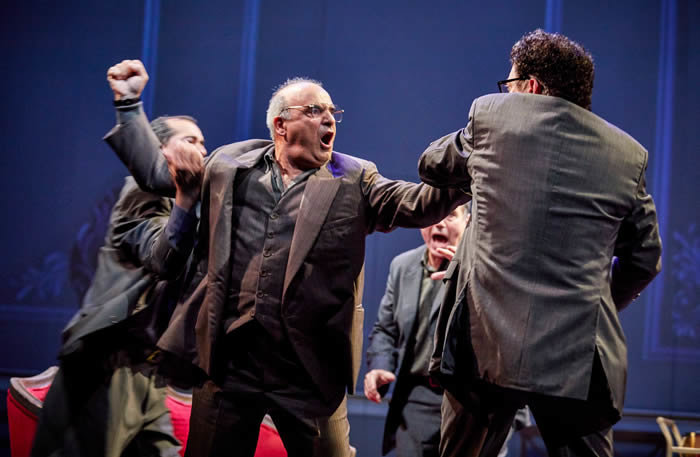 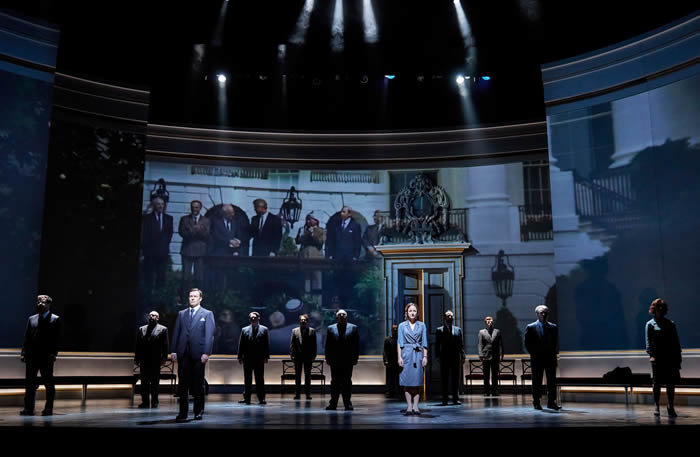