Set a date with a Hollywood classic

Fall in love with the classic Hollywood rom-com all over again! Based on the Julia Roberts and Richard Gere film, the swoon-worthy Pretty Woman musical continues to enchant West End audiences.

Pretty Woman: The Musical is the story of unlikely couple Edward Lewis, a high-powered businessman, and Vivian Ward, the escort he hires to date him. As the pair attend work and social events, a romance develops that challenges both their perceptions.

It's swept up fans in New York and London already, and it would be a big mistake - huge - to miss Pretty Woman at the Savoy Theatre.

Pretty Woman: The Musical seat view photos show what view you will get for your money. Click 'book this seat' and we will search for availability for your chosen seat.

Earn Rewards points by adding your Pretty Woman: The Musical seat view photo! Use your points for Theatre Tokens and Encore Tickets vouchers and get money off your next theatre trip.

If you love the film you will love this musical! Some catchy musical number & strong performances... More

If you love the film you will love this musical! Some catchy musical number & strong performances by the cast…the cast member portraying the hotel manager & various other small roles stole the show for me! Didn't quite have the wow factor for me but was definitely enjoyable & I’m glad that we booked to see it.

It is a great show and includes all the iconic parts from the film, except the beige polkadot dre... More

It is a great show and includes all the iconic parts from the film, except the beige polkadot dress ( which we thought weird not to use). The performance is as you’d expect from a west end show with added comedy, lots of fun and a couple of scenes where you wonder how far things will go before the lights go out! If you love the film you will absolutely love the show.

The film brought to the stage. Was hesitant of this at first because I adore the film, but the sh... More

The film brought to the stage. Was hesitant of this at first because I adore the film, but the show was 100% time better. The recognisable songs, the chemistry between the cast ... 5 stars from me.

This new stage musical is true to the popular movie. With tunes penned by Bryan Adams - it defini... More

This new stage musical is true to the popular movie. With tunes penned by Bryan Adams - it definitely rocks. Interesting sets, lively dance numbers and definite chemistry between the principles add to it's appeal. A standout performance by the "Happy Man" tops it off. Recommended.

Been wanting to see this show for a while and I'm glad I did. Performers sang their hearts out an... More

Been wanting to see this show for a while and I'm glad I did. Performers sang their hearts out and I'm not worried that the costume for a scene wasn't the same as the film. The first act was very good, but the second act really kicks up a gear. Very enjoyable evening.

If you’ve seen the movie starring Richard Gere and Julia Roberts then you’ll be familiar with the... More

If you’ve seen the movie starring Richard Gere and Julia Roberts then you’ll be familiar with the boy meets girl storyline. All the iconic scenes and lines from the movie appear in the stage show, apart from Kit’s “$50 grandpa, and for 75 the wife can watch!” There was a far more comical feel to the show, which added a more intriguing dimension in comparison to the movie. A special mention has to go to Kit de Luca (Rachael Wooding) with her fabulous vocal; to the hotel manager Mr Thompson (Bob Harms) and the actor’s multi-character appearances; and to the bellboy Guilio (Alex Charles) who bought some great levels of humour with his role. I was hoping to see Danny Mac play the role of Edward Lewis. However, his understudy, John Addison was brilliant. His solo number, “Freedom” was outstanding. Aimie Atkinson in the role of Vivian Ward was awesome, and her vocal range was spine-tingling. The musical numbers were fun, and I liked the way the cast incorporated the opera, “La Traviata” into the show (I have to book this opera in 2023). Kit’s vocal was just outstanding, and the duets between Vivian and Edward were beautiful. And the way the audience were teased with the “Pretty Woman” theme tune at the beginning of Act II was hilarious. This show was a lot better than I expected it might be. I would definitely go and see this again, but I have been spoilt by seeing the show in a far better seat than I had originally booked. I was originally booked in the heavily discounted seats in the Grand Circle. So, I was pleasantly surprised when I was told that I had been upgraded into the Dress Circle, which cost over five times as much as my original ticket. I presume, like Mary Poppins, ticket sales were not brilliant and so the Grand Circle would have been closed, and everyone upgraded. (Even with the upgrades, the back part of the Dress Circle sadly, still looked half empty). 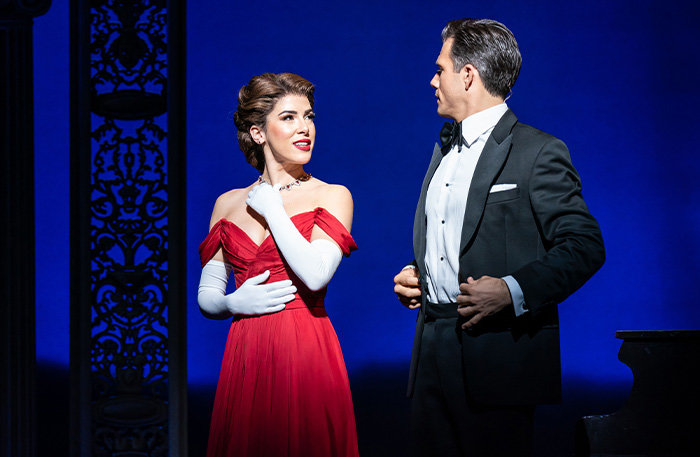 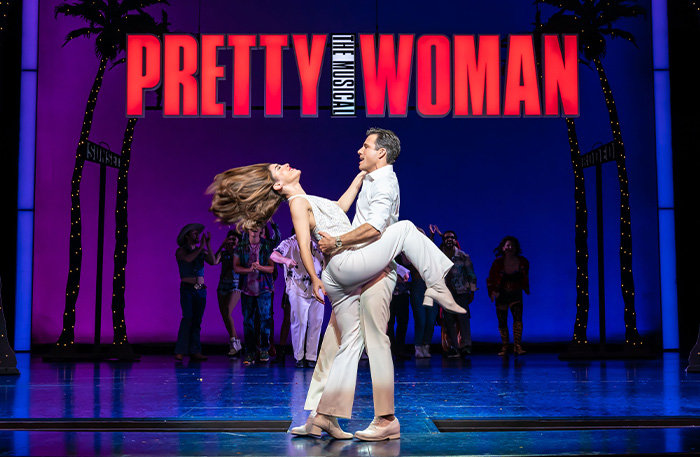 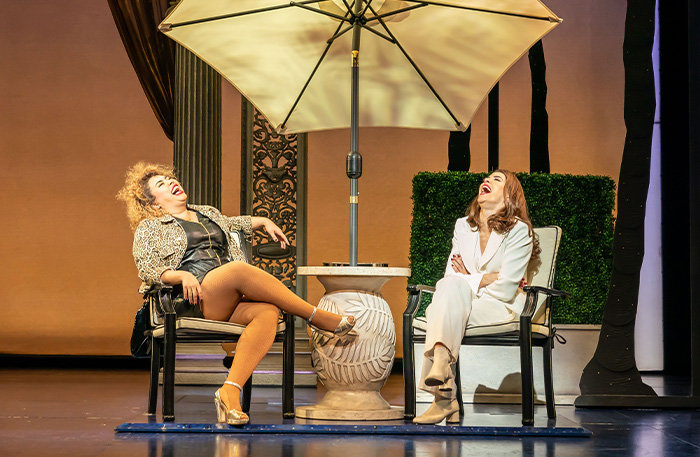 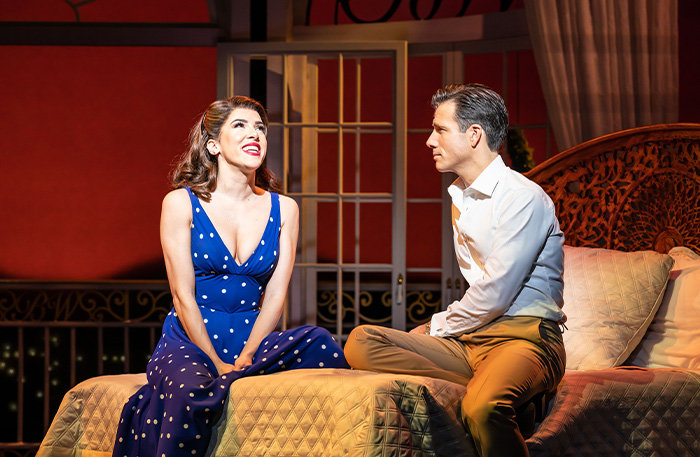 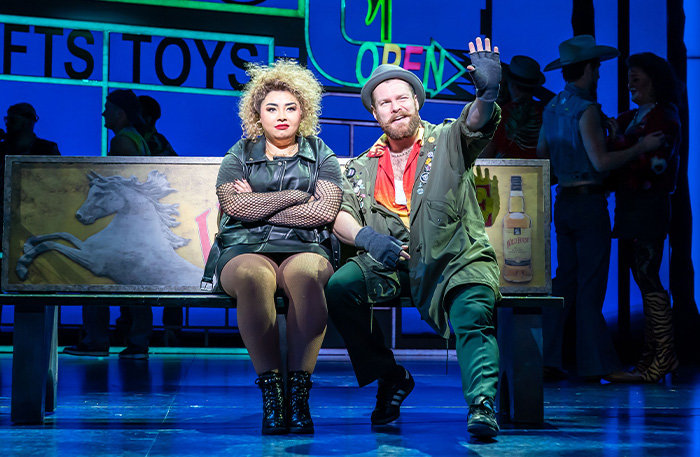 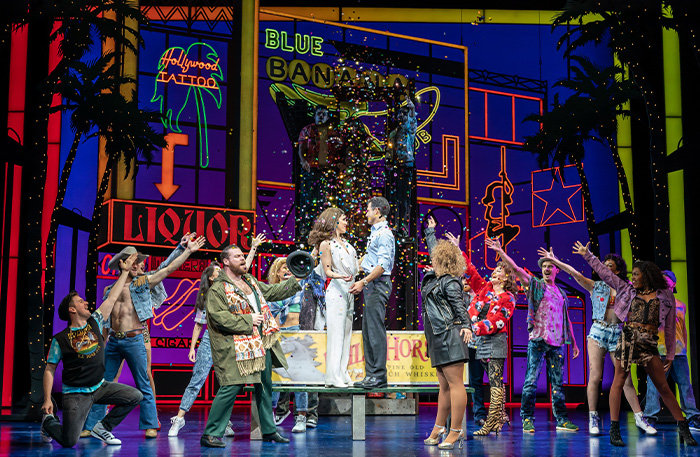