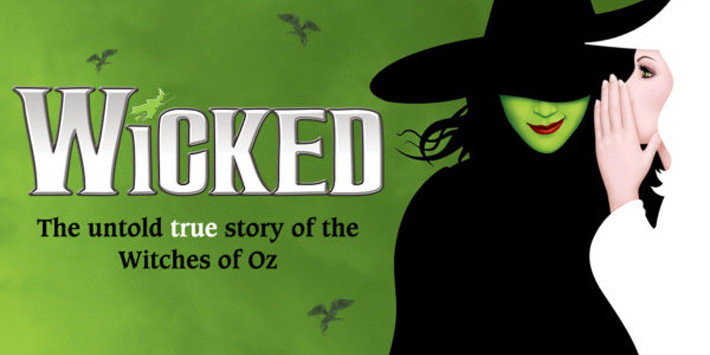 Gershwin Theatre
148 seat views
Originally opening on Broadway in 2003, the spellbinding musical Wicked still plays to packed out audiences at the Gershwin Theatre over 10 years later. With a fan following across the world and premieres in the West End, Japan, Australia and Brazil, this multiple Tony Award-winning extravaganza takes audiences behind the curtain of The Wizard of Oz’s famously acrimonious witches.

Based on Gregory Maguire’s novel, as well as L. Frank Baum’s The Wizard of Oz, Wicked offers a brand-new perspective on the Wicked Witch of the West. Set at the University of Shiz, it tells the story of an unlikely friendship between bubbly blonde Glinda and green outcast Elphaba, whose unlikely friendship is put to the test by an encounter with the Wizard himself. With irresistible songs including “Popular” and “Defying Gravity”, Wicked is the ultimate story of female friendship and the battle against prejudice.

Wicked features a book by Winnie Holzman and soaring music and lyrics by Academy Award-winning composer Stephen Schwartz, whose work includes Pippin and Disney’s Pocahontas. The musical is directed by Joe Mantello (The Last Ship, Assassins), with set design by Eugene Lee, costume design by Susan Hilferty, and sound design by Tony Meola.

With 10 Tony Award nominations and a film adaptation in the works, Wicked at the Gershwin Theatre continues to bewitch audiences with its stunning, emotional journey through the Land of Oz.

Wicked seat view photos show what view you will get for your money. Our users will start adding seat views when the show opens.

Earn double Rewards points by adding your Wicked seat view photo! Use your points for Theatre Tokens and Encore Tickets vouchers and get money off your next theatre trip.