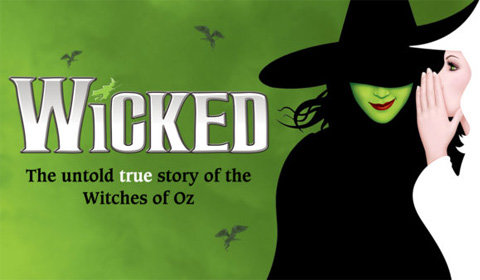 The Gershwin Theatre has a capacity of 1926 seats. Section capacities are 1290 Orchestra and 636 Mezzanine. Use our interactive seating chart to view 229 seat reviews and 212 photos of views from seat.

Named for the great brothers - composer George and lyricist Ira - the Gershwin Theatre New York is one of Broadway's jewels, located in midtown-Manhattan at the bottom of the Paramount Plaza building. It features one of the largest stages on Broadway and a capacity of 1,933 - the largest of any Broadway theater and almost 200 more than the second-biggest Broadway Theatre. It is perfectly suited to large-scale musical productions and since 2003 has been the home of smash-hit musical Wicked.

Set designer Ralph Alswang is responsible for the building’s modernist Art Nouveau style. From inside you’ll see the venue's sweeping rotunda which was specially designed to display Broadway's own Theater Hall of Fame: the names and photographs of the brightest and best who've trodden the boards in New York's theaterland. The stage itself is 80 foot wide with a 65-foot-wide, adjustable proscenium arch.

Originally opening as the Uris Theater on November 28, 1972, the venue spent two years as a concert hall. Legendary performers like Frank Sinatra, Ella Fitzgerald and Bing Crosby graced its stage. Its 1976 hosting of Porgy and Bess ushered in a new era of large musical productions which continues to this day. In addition, the Tony Awards have been hosted at the Gershwin on several occasions.

These days, on most evenings and less frequent matinees, the foyer spills over with theatergoers heading to see Wicked at the Gershwin Theatre. The musical set a new box office record for the venue and was then the highest one-week box office gross income earned by any show throughout Broadway history.

With a capacity of 1,933, the Gershwin Theatre seating chart comprises two levels: an Orchestra on the ground and Mezzanine above. Each can be roughly split into three sections: Left, Center and Right. Rear Mezzanine seats are a considerable distance from the stage, so it may not be possible to make out facial expressions from here. Conversely, the Center Orchestra’s front seats are close to the action but may require upward neck craning. An excellent sightline is offered from the middle of Center Orchestra and the front rows of Center Mezzanine.

• Children under 5 not permitted in the theater
• Step-free and accessible seating
• Theater reps on hand to escort patrons with disabilities
• In-house bars on second and fourth floors; pre-order to save time if you can
• Wicked merchandise available from upper lobby
• Coat check available in foyer during winter months
• Complimentary booster seats are available 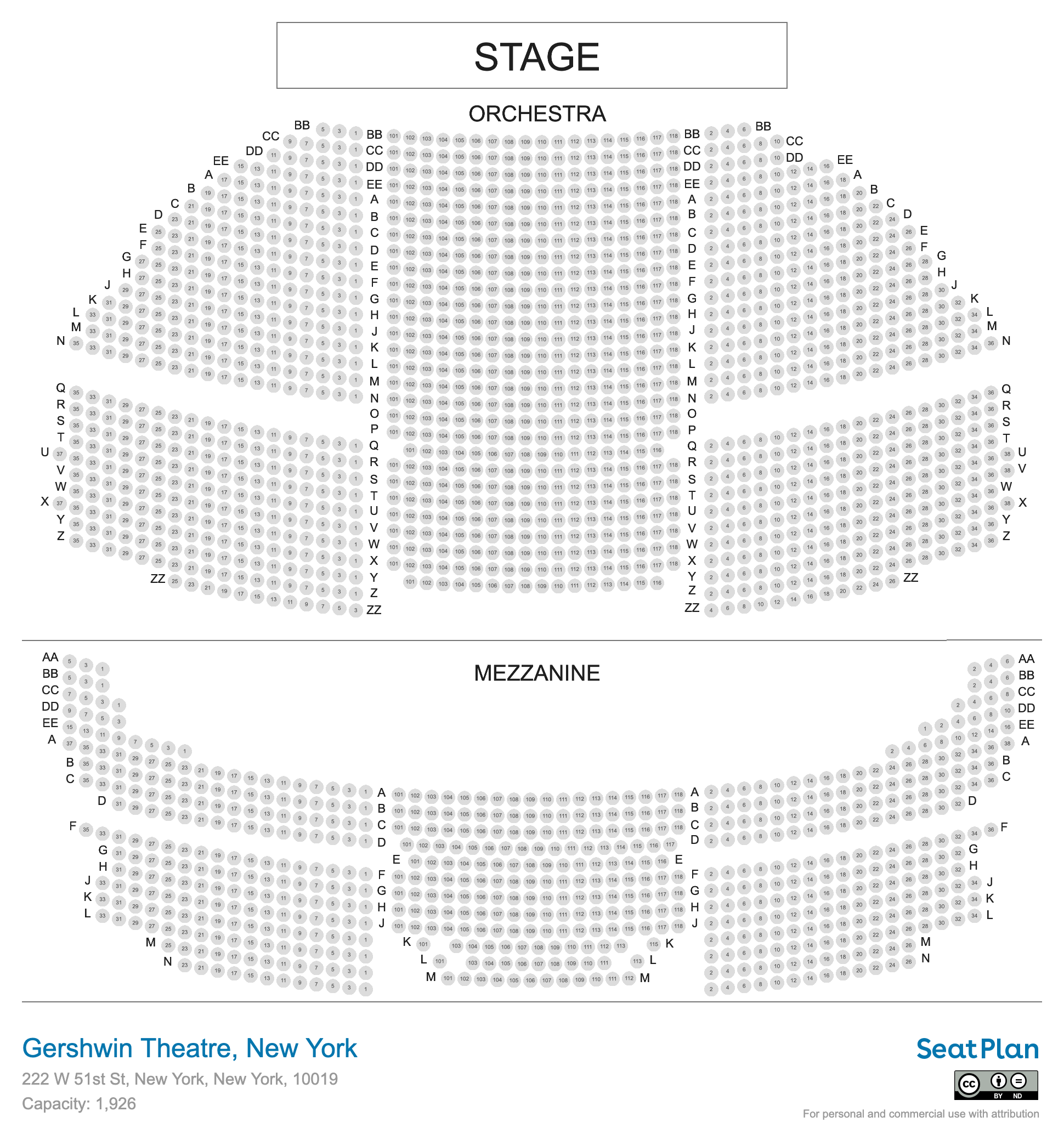 The rear and the sides of the Orchestra are reasonably priced while still offering a decent view of the stage, but the view becomes more restricted towards the very front extreme sides. The rear and side Mezzanine seats are among the cheapest in the house. Although further away from the action, they benefit from raked positioning, giving a full-stage view with no obstructions. For large-scale musicals like Wicked, the distance means ensemble dance numbers can be fully appreciated, making up for the fact that you may not be able to make out facial expressions.

The middle-front seats of Center Orchestra are the most expensive and most desirable due to their unparalleled view. The front row of Center Mezzanine also offers excellent views, albeit from a little further back, and represents the premium seating area in this upper level. Expect to pay a higher price per seat than any other Mezzanine spot for the privilege. 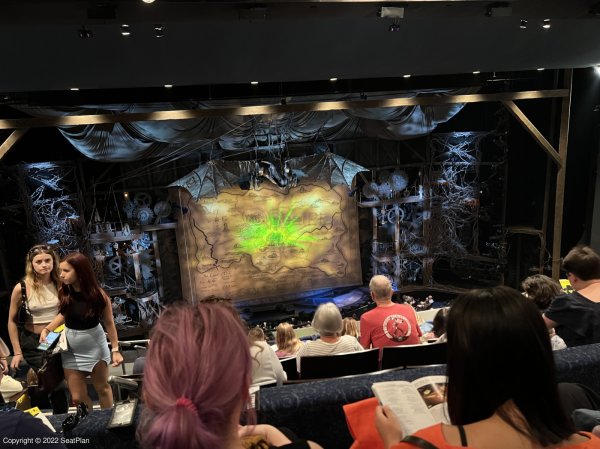 This is a newer theatre, so there is significantly more legroom than older ones. There are escalators to each floor as well as ample lounge areas with merchandise and bars on each level. This theatre does not allow food and drink at your seat. More 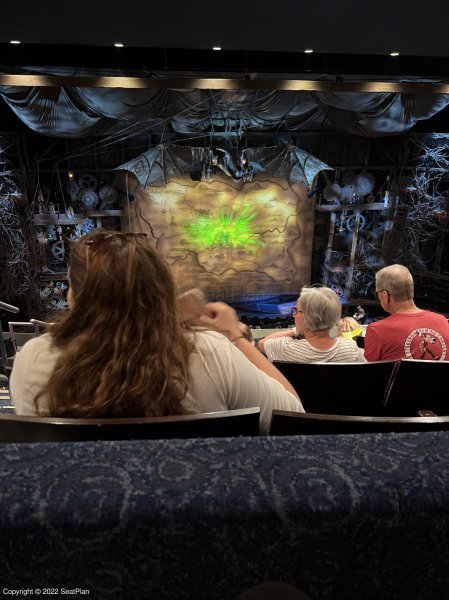 This is probably the worst row in the theatre! There is a carpeted barrier that is placed in the legroom of the row. With the tips of my toes against the divider, the bottom of my legs did not touch the seat because my knees were bent up too high and... More 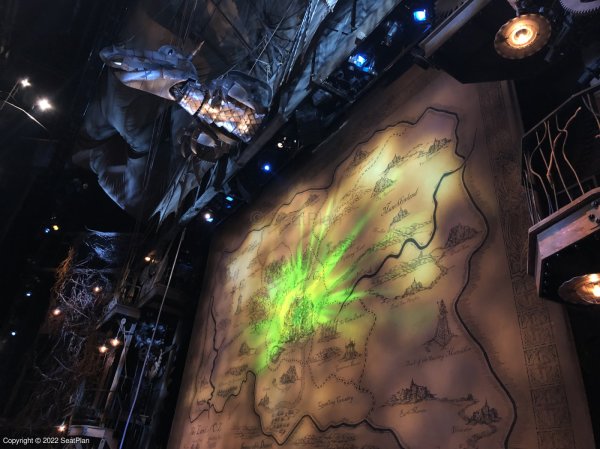 The seat was very comfy, and the legroom good enough for a tall person. I had seen the show before and knew it very well, so the restricted view didn’t bother me. However, I wouldn’t recommend this seat to someone who’s never seen the show, as the view... More