The Broadway Theatre has a capacity of 1706 seats. Section capacities are 887 Orchestra, 250 Front Mezzanine and 569 Rear Mezzanine. Use our interactive seating chart to view 110 seat reviews and 94 photos of views from seat.

Although it now shares a name with the street it sits on, the Broadway Theatre originally opened in 1924 as a movie house called the Colony, which famously premiered Steamboat Willie (1928). It has operated under its current name since 1930, and despite intervening stints as a cinema in the ‘30s and ‘50s, it has enjoyed a long history as a hotspot for popular musicals.

The Broadway Theatre’s original owner, B. S. Moss, conceived the building as a new addition to his movie chain. Architect Eugene DeRosa was employed to create a roomy auditorium and Renaissance-inspired décor; when it transitioned from film to live performance, this design proved the perfect match to accommodate large-scale musicals.

The Broadway Theatre has a capacity of 1,763 seats across three main sections, with the Front and Rear Mezzanines sharing balcony space. The Orchestra seating chart splits into Left, Center and Right, with views best in the Center. The Front Mezzanine’s Center seats also offer attractive views for patrons wanting to sit further back whilst the Rear Mezzanine is more affordable, reflecting its distance and less desirable sightlines. Boxes are available for angled, private seating, and across all levels seats further to the sides have partial views.

• Children under four are not permitted into the theater
• Refreshments may be expensive; eat and drink before visiting
• Step-free access from the street to accessible seating in the Orchestra
• Bag checks may be in place; leave plenty of time to get to your seat 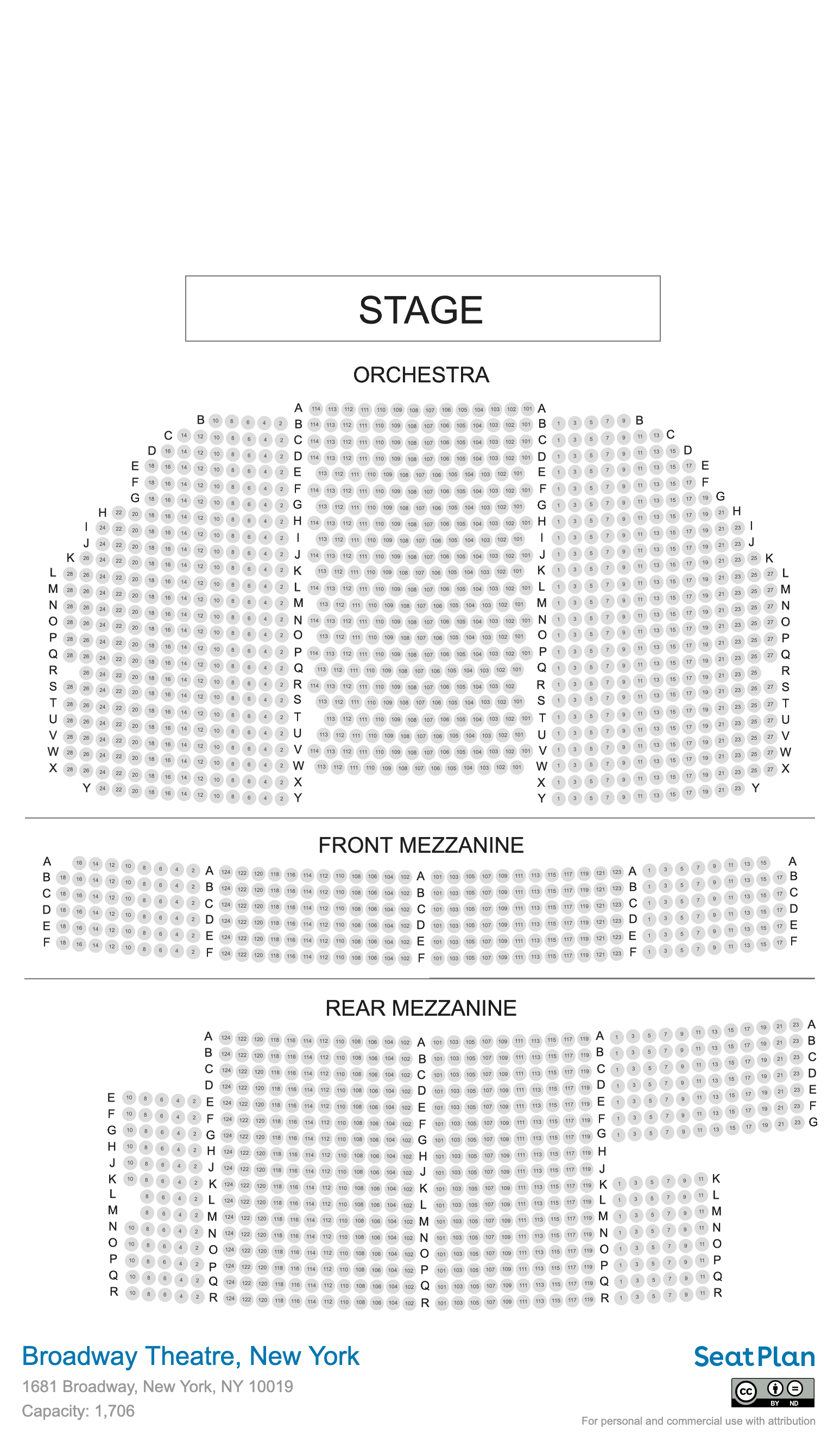 There are a few options for good value seats in the Broadway Theatre. Rows H to P in the Center Orchestra are slightly cheaper than premium whilst retaining a clean look at the stage. Rows D and E in the Front Mezzanine have enough rake for clean and not-too-distant overhead views. The Rear Mezzanine, although distant and less immersive, can be good for bargains. The best affordable seats here are in rows A to C.

Premium seats at the Broadway Theatre are in the Center Orchestra, rows D to G. From here, patrons are neither too close nor too far from the stage, and it’s the perfect position to take in detail without losing sight of the bigger picture. In the Front Mezzanine, rows A to C are also expensive, but their excellent, sweeping views are worth the spend. 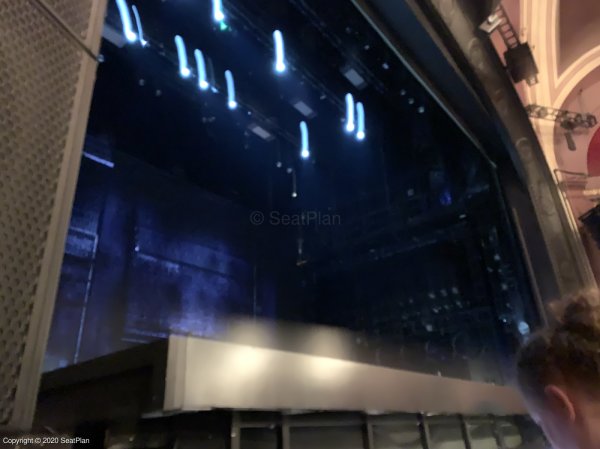 Rush ticket with partial view The stage is high and the set of this musical they have big screen on the back so when the actors are if back of the stage I cannot see them only from the big screen Only when they are front of stage I can see but most... More 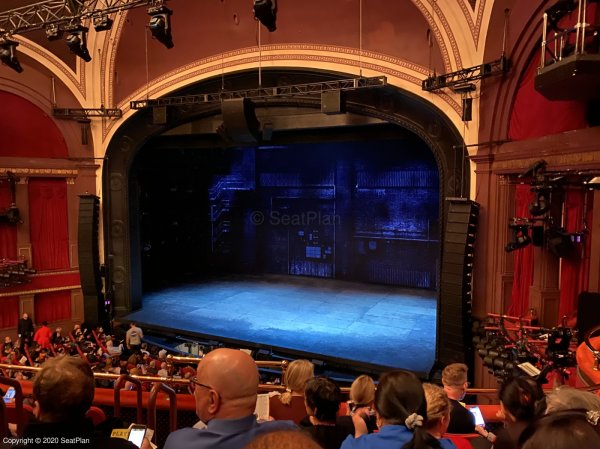 I was surprised how wide and roomy the physical seat was. Usually mezzanine seats feel more cramped. I felt very comfortable throughout the show. View is pretty excellent. Gives you a full view of the entire stage which is great for West Side Story.... More 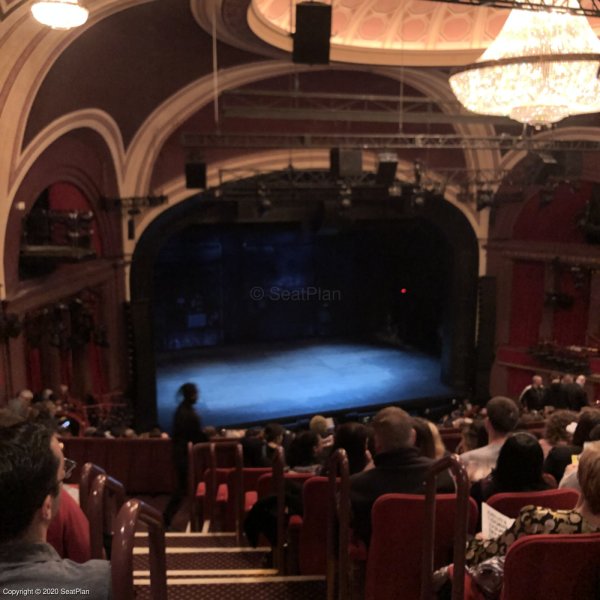 This theatre has excellent raking and we had no issues with tall heads blocking the view. This is a full view seat. My tall friend was bothered by the leg room, but I had no problems. Seats are a normal tightness compared to other theatres. More