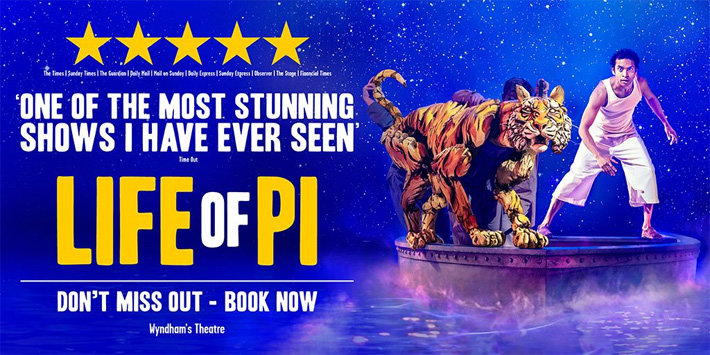 Yann Martel’s Booker Prize-winning Life of Pi stalks into the West End in a thrilling new stage adaptation. This incredible tale of adventure, friendship and endurance is now playing at London’s Wyndham’s Theatre.

Life of Pi is the tale of teenager Pi, the sole human survivor of a cargo ship disaster en-route from India to Canada. With his family drowned and little hope of rescue, Pi must battle for survival as he shares a drifting lifeboat with various animals, including the magnificent but terrifying tiger Richard Parker.

Featuring stunning puppets that conjure flying fish and fearsome predators, the Life of Pi play is a breath-taking live experience, adapted from the book by playwright Lolita Chakrabarti and director Max Webster. The production won a total of five Olivier Awards in 2022, including Best Supporting Actor (for the seven actors playing the tiger) and Best New Play.

Prepare to immerse yourself in an otherworldly adventure with Life of Pi tickets. From deserted islands to the depths of our own imaginations, this spectacular play is an unforgettable theatrical event.

SeatPlan Recommends: To appreciate the full spectacle of Life of Pi we recommend seats in the Royal Circle. While the Stalls seats have been raised, the floor projections can be better seen from a higher vantage point.

Earn Rewards points by adding your Life of Pi seat view photo! Use your points for Theatre Tokens and Encore Tickets vouchers and get money off your next theatre trip.

Brilliant acting and mesmerising show. Admittedly, I am not a regular theatre goer (have only seen the... More

Brilliant acting and mesmerising show. Admittedly, I am not a regular theatre goer (have only seen the Lion King and stuff when I was a kid) but this was so beautifully done. All the characters were great and the execution and stage work were flawless. Had doubts initially how they could make it an immersive experience but hats off to the production team and actors, you almost felt that there was an Pi and Richard Parker alone in the middle of the ocean. I hope the prop guys who worked them and the prop master and set designers were given awards as they did an incredible job - it blew us both away. If you like the film, book you must see it you won't be disappointed. Thoroughly recommended!

Show was a nice surprise, as I loved the book but wasn't crazy about the movie. A friend who had been... More

Show was a nice surprise, as I loved the book but wasn't crazy about the movie. A friend who had been on a 10-day theatre tour of London felt this was the best show she had seen (and the group agreed) so I decided to give it a go. Very good show; puppetry, production amazing.

Amazing show! Physical theatre involved parallels the great work of War Horse. All actors involved made the story very pure and taught many messages in such a beautiful way. Can see why it received 5 Oliviers!!

Excellent show, with Asian representation. One character played a Chinese guy on the boat and spoke fluent... More

Excellent show, with Asian representation. One character played a Chinese guy on the boat and spoke fluent Cantonese. It’s nice to see other ethnics on the big stage. The puppet masters for the animals were excellent. Brilliant show not to be missed.

Excellent show with puppetry. The main character is very believable . You forget the animals particularly... More

Excellent show with puppetry. The main character is very believable . You forget the animals particularly the tiger is being moved by people The fine detail in moving the puppets is great the visual affects are clever I would totally recommend the show . It was also great to see a diverse audience.

This was such a fantastic show. The cast were amazing and the staging and lighting too. As for the... More

This was such a fantastic show. The cast were amazing and the staging and lighting too. As for the puppetry, that was so special. A person inside the puppet and operators front and rear, ie three people per puppet. After a while you didn’t notice them there. Absolutely beautiful. Great story and great show. 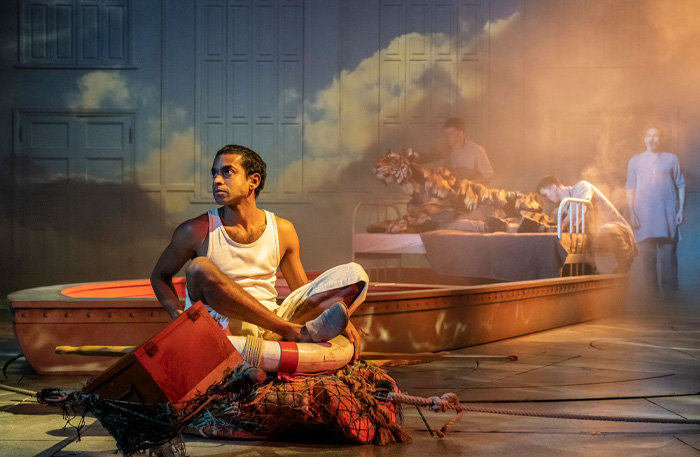 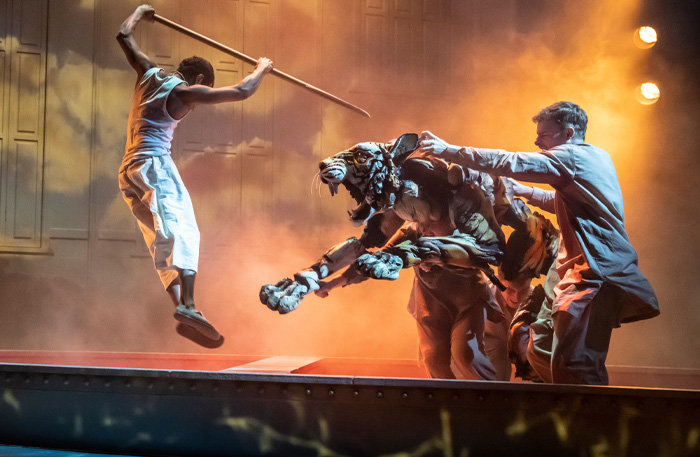 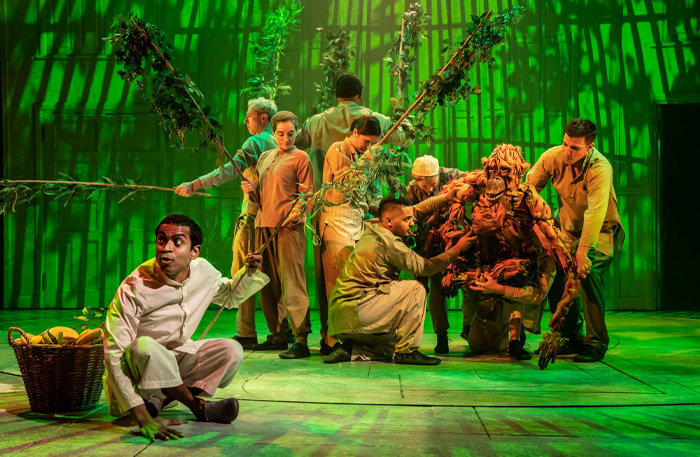 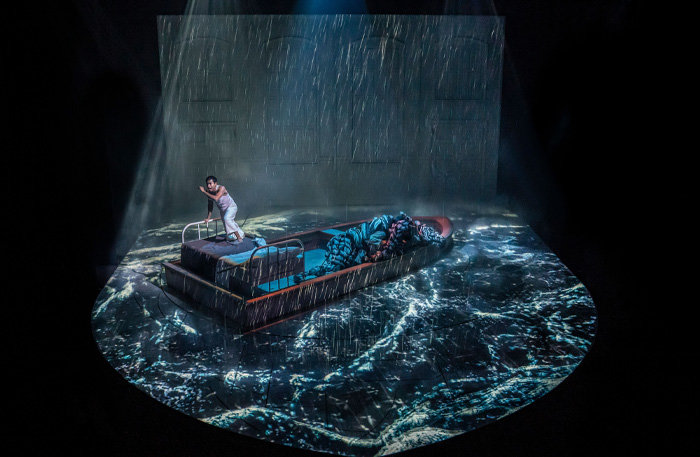 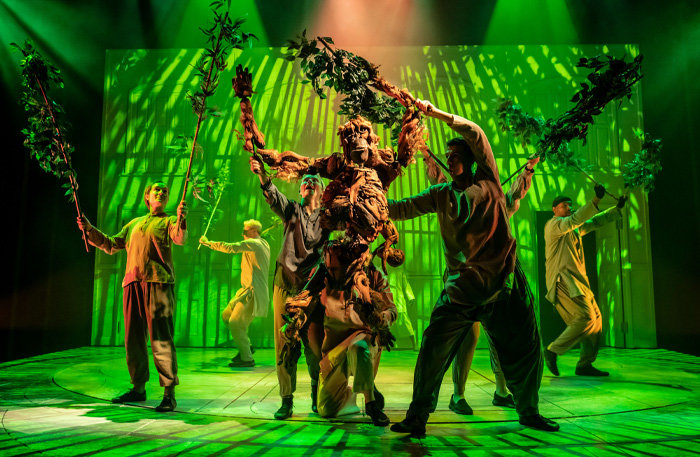 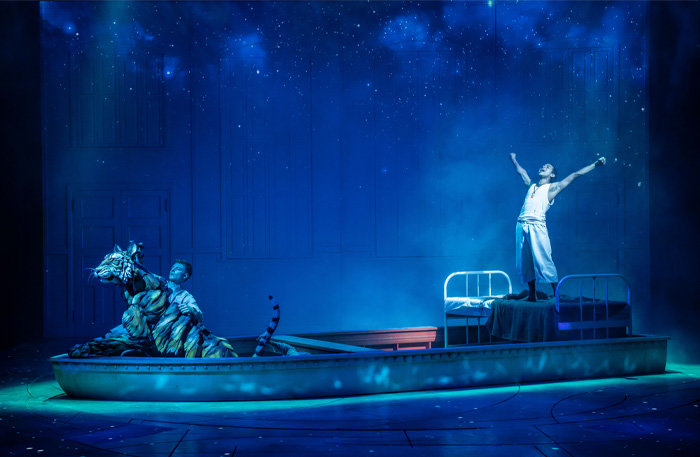