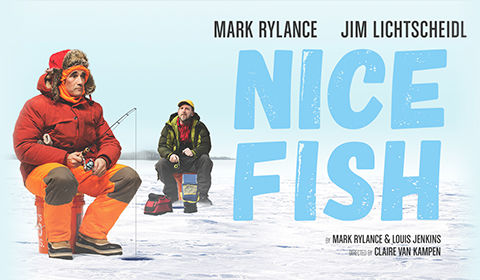 Nice Fish is based on the original prose poetry version by the author Louis Jenkins, which won the Minnesota Book Award in 1995. Jenkins and Rylance were first brought together when the latter decided to begin reading the author’s work in lieu of an acceptance speech at various high profile award ceremonies, including the Tony Awards for the plays Boeing-Boeing (2008) and Jerusalem (2011), as well as the Drama Desk Awards.

Subsequently Rylance approached Jenkins with the wish to turn his work into a play, and despite the author’s scepticism as to whether it was even possible to turn his meandering and surreal prose-poetry into something that was stageable, Nice Fish was ingeniously born.

Nice Fish originally played to American audiences at St Ann’s Warehouse on Broadway, where it delighted critics and audiences alike, having its Broadway premiere in February 2016.

Mark Rylance is one of Britain’s most well-known and best-loved actors which has seen him play a huge range of roles from stage to film. His movie work has recently seen him win both Academy and BAFTA Awards for Best Supporting Actor for his role in Bridge of Spies, as well as having starring roles in the Steven Spielberg version of The BFG as well as Christopher Nolan’s Dunkirk. His extensive stage work has seen him as Artistic Director of Shakespeare’s Globe, as well as three Tony Awards for Jerusalem, Boeing-Boeing and Twelfth Night. He was joined by Jim Lichtscheidl.

Nice Fish is set on an iced-over Lake in Minnesota, where the frozen surface begins to groan and creek. Two men are out angling on the ice, towards the end of the fishing season, fishing for the answers to life’s bigger questions. The hilarious and surreal play ingeniously gives the prose poetry of Louis Jenkins a completely new dimension.

The production was directed by Claire van Kampen, who is best known for her various adaptations of Shakespeare plays, as well as her previous work directing Rylance in plays such as Twelfth Night and Boeing Boeing. An all-star creative team helps to give Nice Fish a beautiful and unique aesthetic, including design by Todd Rosenthal and costumes by Ilona Somogyi, as well as lighting by Japhy Weideman and sound by Scott W. Edwards.

This brilliant new production opened for a run at the Harold Pinter Theatre in London’s West End, with previews having began on 15th November 2016 and the production having run until 21st February 2017.

Special notice: Fans of the stage and film legend Mark Rylance, should definitely not miss a chance to see him perform in his first ever co-written play. With its wry and surreal humour, as well as the collaboration with director Claire can Kampen, if you saw their previous work Boeing Boeing for which Rylance won both an Olivier and Tony Award and loved it, then this should also be up your street.

Sorry this show closed 11 February 2017, we recommend these similar productions.

SeatPlan Recommends: The Stalls at the Harold Pinter Theatre tend to offer good views, however two pillars in Row M can affect various seats behind, although the seats just in front have excellent views. This section is not very well raked however, meaning taller audience members in front can often impair sight lines.

The Dress Circle has a shallow curve and is well raked meaning that you can mainly get good views throughout, however central pillars in Row C near seats 6 and 15 are restricted. The middle is recommended for views, however seat comfort and legroom often is not the best.

The Royal Circle does not offer the best seating due to safety rails and a deep curve that restricts the side 5 seats in each row, as well as central thin pillars getting in the way for most seats other than the very central ones. The Balcony does not have pillars, but similar safety rails and can feel very distant from the stage and cramped. 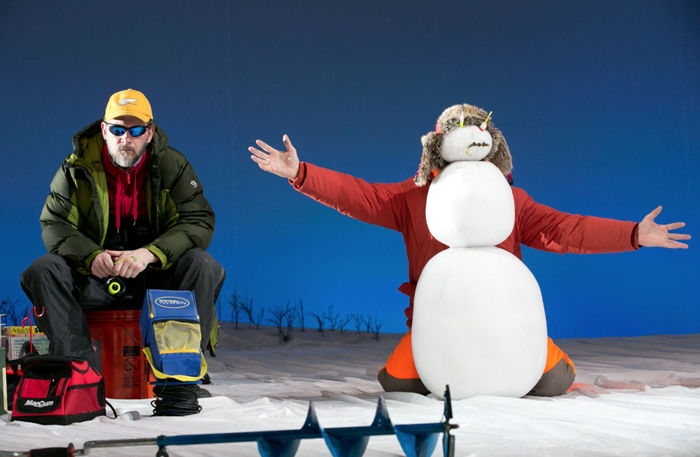 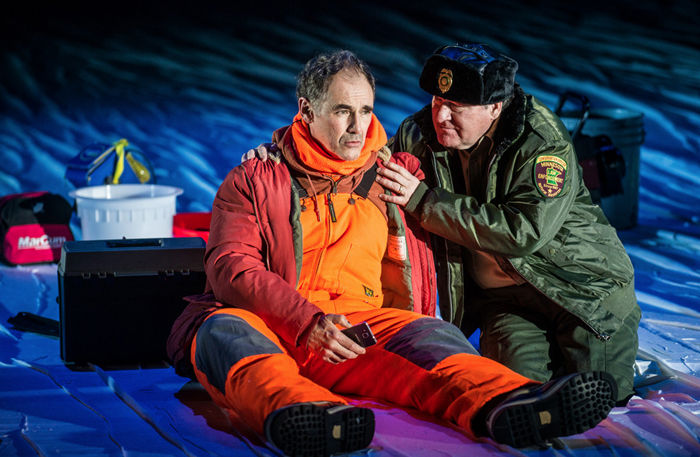 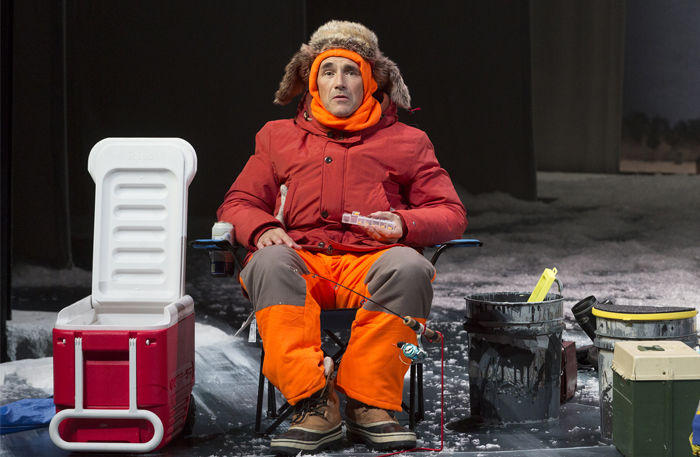 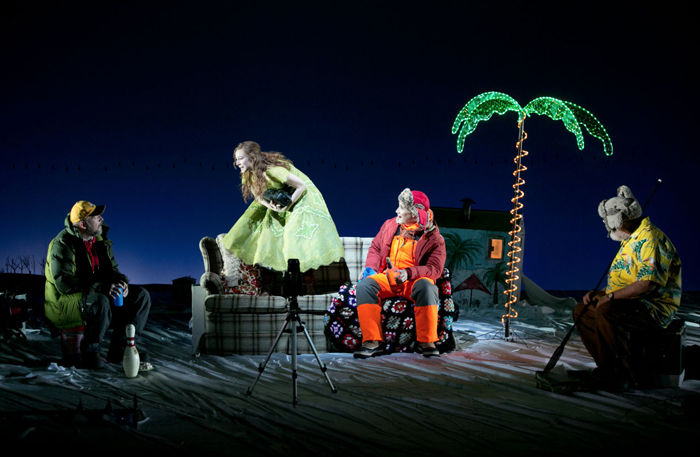 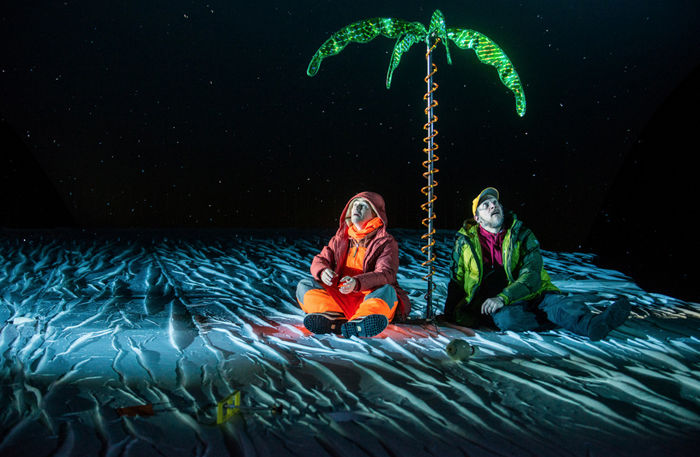 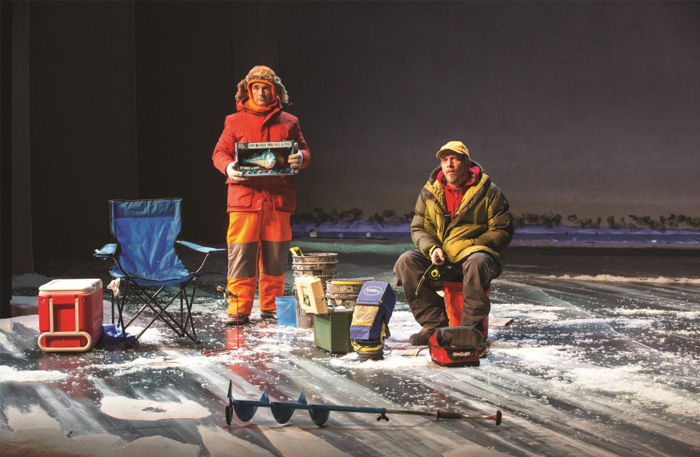 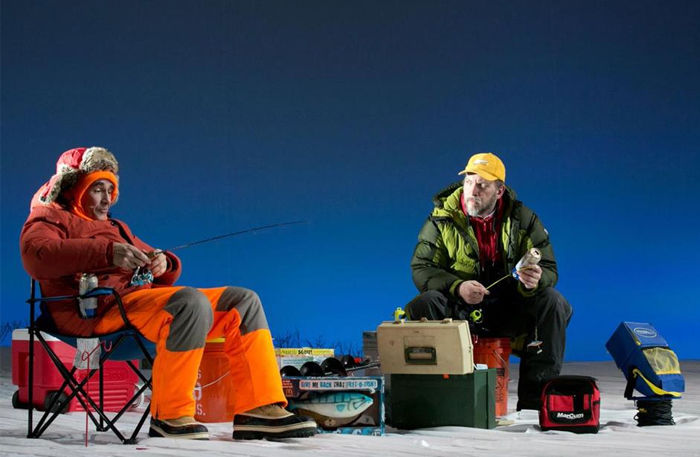