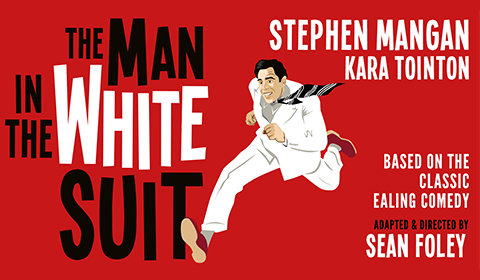 The Man in the White Suit tickets

Wyndham's Theatre
69 seat views
Sean Foley adapts and directs The Man in the White Suit, the Ealing Comedy classic. The production, which stars Stephen Mangan and Kara Tointon and features a specially written score, will have its world stage premiere at Theatre Royal Bath. It then opens at London’s Wyndham’s Theatre on 26 September 2019.

The iconic 1951 film of the same name starred Alec Guinness, Cecil Parker and Joan Greenwood. A comedic romp in the continuing tradition of Ealing Studios’ thoroughly British post-war catalogue, it was nominated for an Academy Award for Best Writing (Screenplay).

Meet Sidney Stratton, the man who has developed an exceptional fabric that never wears out or gets dirty. Manufacturers are up in arms at the threat this new material poses to their livelihoods. As Stratton’s world crumbles, only Daphne Birnley, the daughter of a mill owner, shows him kindness.

Stephen Mangan stars as Sidney. Among other roles, the actor starred in Jeeves and Wooster in Perfect Nonsense at the Duke of York's Theatre and The Birthday Party at the Harold Pinter Theatre.

Kara Tointon stars alongside Mangan as Daphne. Her previous stage credits include Pygmalion at the Garrick Theatre and Relatively Speaking at the Wyndham's Theatre.

Sue Johnston (The Royle Family) joins the pair as part of a 14-strong cast that includes actor musicians and a specially written score.

Sean Foley is the Artistic Director of Birmingham Repertory Theatre. The two-time Olivier Award-winner directed Jeeves and Wooster in Perfect Nonsense (in which Stephen Mangan starred) and The Ladykillers at the Gielgud Theatre, to name just two from his extensive resume.

A delightful, comical and ultimately heart-warming piece, The Man in the White Suit pays homage to the British institution that is Ealing Studios. Catch it at Wyndham’s Theatre from 26 September 2019, with a press night on 8 October.

Please note: Stephen Mangan will not be performing during the week commencing 23 December 2019.

Special notice: If you enjoyed The Ladykillers onstage, or any of Ealing Studios' classic film comedies, you won’t want to miss out on The Man in the White Suit tickets. The starry pairing of Stephen Mangan and Kara Tointon mean this production is sure to impress.

Sorry this show closed 07 December 2019, we recommend these similar productions.

The Man in the White Suit seat view photos show what view you will get for your money. Unfortunately we do not have any seat views for this show.

I enjoyed the show and the cast were great, although I thought that some aspects were a bit unnecessary,... More

I enjoyed the show and the cast were great, although I thought that some aspects were a bit unnecessary, e.g. the amount of dancing on the platform which was a bit difficult for me to see properly, and the musical number at the end.

A generally well paced funny show, with lots of sight gags, movement, songs and an excellent set. Very much like One Man Two Guvnors. However some of the set pieces and fight scenes felt a little clunky, and a second off the pace. Maybe needs a touch fine tuning. Overall a good, entertaining fun musical/play. Worth the watch.

This show really funny. Perfectly cast - the first act is full of giggles and by Act 2 we were all crying... More

This show really funny. Perfectly cast - the first act is full of giggles and by Act 2 we were all crying with laughter. Wacky, songs, actor musicians, dancing (of sorts!), great characterisation and an amazing and very cleverly designed set. Go and see it!

Funny show, quite slapstick at times, big hit with the boomers in the audience. Steve Mangan is great... More

Funny show, quite slapstick at times, big hit with the boomers in the audience. Steve Mangan is great in the lead role and the visuals and effects were inventive.

The show is an Ealing comedy, so made in the post-war period - and it feels it. It is very dated. But... More

The show is an Ealing comedy, so made in the post-war period - and it feels it. It is very dated. But I don't think it would really play in any other era - after all, how many people nowadays make their living taking in washing? (one of the lines of work threatened by this cloth that never gets dirty). And the idea of the factory owner's daughter marrying a man who wants her for her money - very old-fashioned. Speaking of whom, she deserves special mention - easily recognisable as the only woman in the play who dresses up, Kara Tointon plays her as so terribly plummy that it's an obvious effort to speak, never mind walk. Oh, that awful accent... I wasn't sure about this, as the slapstick progressed and the plummy accent grated. Mainly, what kept me there for the second half was the music - catchily played by the onstage band, who happily don't bother with setting the tunes in the period. And indeed, I found the second half much funnier, when he's figured out how to make this suit, and a variety of people are chasing him through town, trying to make sure that the suit sinks without trace. Yes, I enjoyed it - but beware, it is dated, and I can see why it mightn't appeal. Of course, I was also persuaded to stay by that lovely seat I'd scored.. never been so close in this theatre before!

This show is hugely underrated, based on the film of the same name, it was an impressive show. It's great... More

This show is hugely underrated, based on the film of the same name, it was an impressive show. It's great for comedy fans who like slapstick, family friendly innuendos. (Carry On, Allo Allo, Dad's Army) Such a wonderful show, great timing and music. All round brilliant cast, set was incredible done. 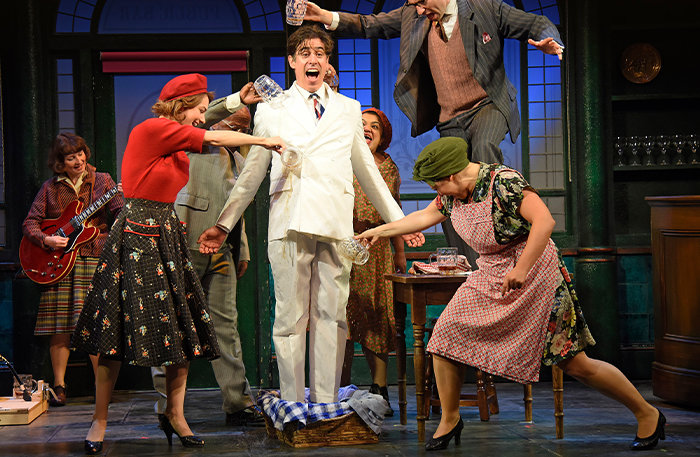 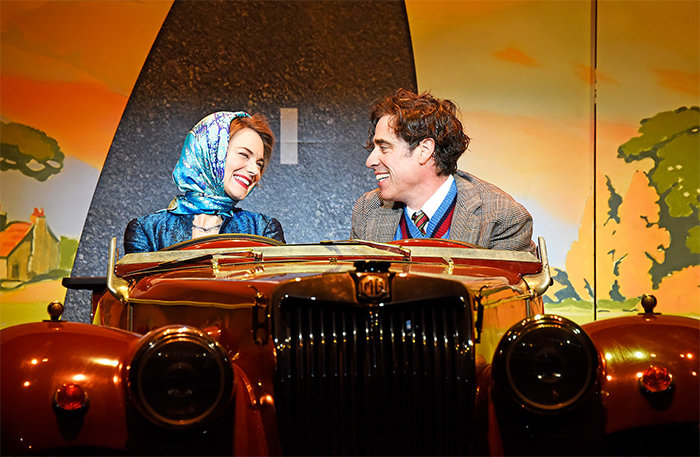 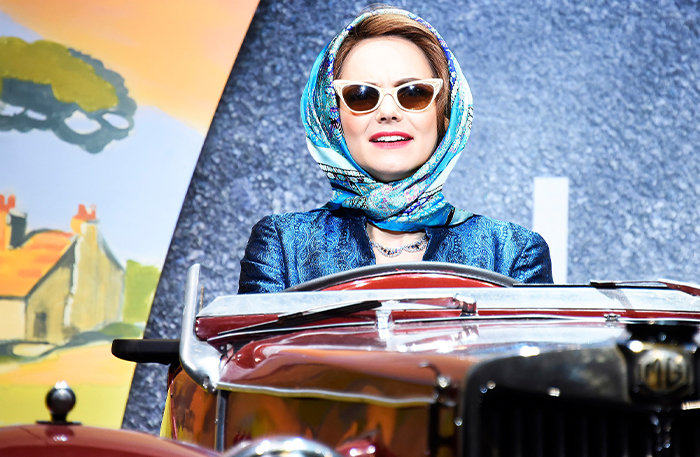 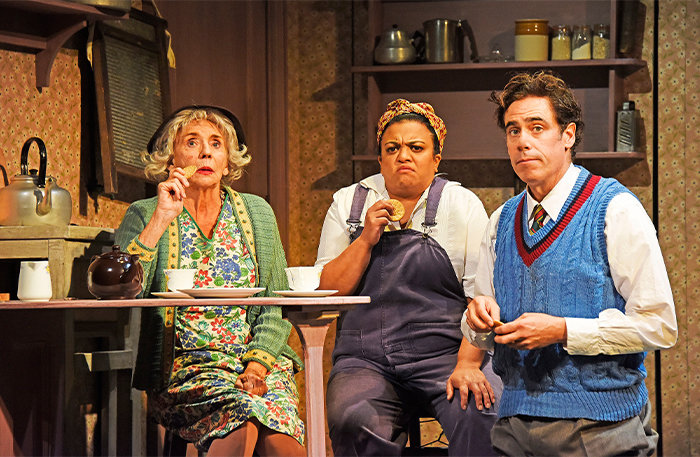 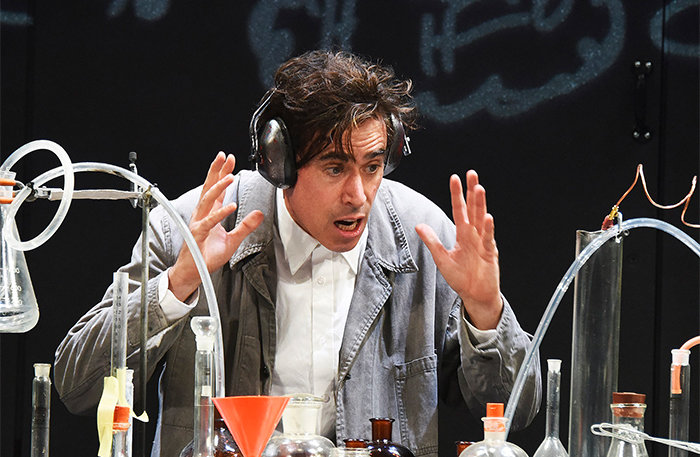 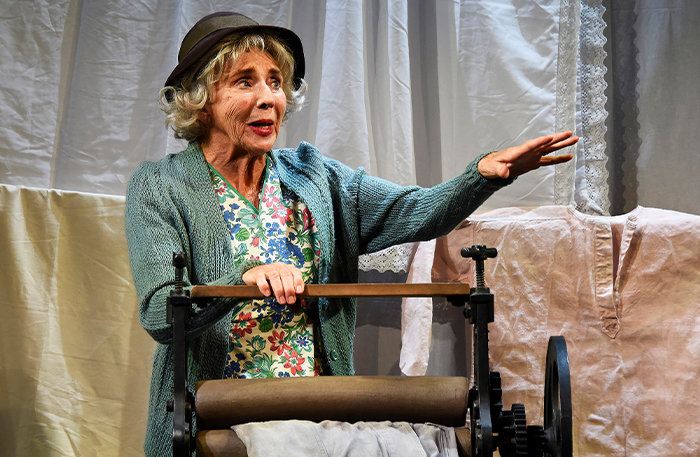 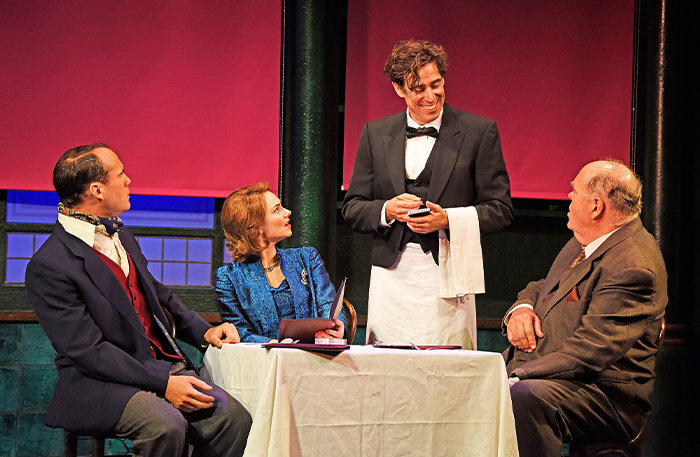 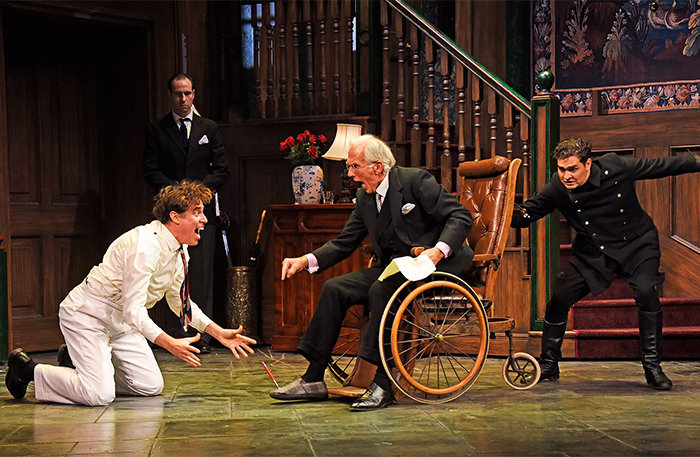