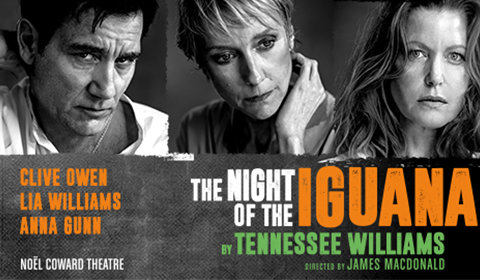 The Night of the Iguana Tickets

A tale of lust and ruin set in Mexico, Night of the Iguana sees the alcoholic, defrocked Rev. T. Lawrence Shannon starting again as a guide on a tour bus. When his advances on a young member of a tourist group are called out by the girl's aunt, Judith Fellowes, Shannon derails the tour. Stranded at a run-down hotel with a storm raging outside, he seeks advice from an old friend, only to find the situation spinning hopelessly out of his control. He is not the only lost soul seeking refuge in the hotel. A grieving widow, a geriatric poet, a family of Nazis and an enigmatic poker player all share space in this rain-battered limbo.

The Night of the Iguana began life as a 1948 short story by Williams, which he then transposed into a stage play, debuted in 1959. A 1964 film followed, starring Richard Burton, Ava Gardner and Deborah Kerr.

Macdonald is an award-decorated British theatre and film director whose West End credits include Who’s Afraid Of Virginia Woolf? and The Father.

Clive Owen returns to the London stage after an 18-year hiatus to star as the Reverend Shannon. His contributions to cinema are many, but he also boasts a strong stage career, having performed in Closer at the National Theatre, The Philanderer at Hampstead Theatre and Design for Living at the Donmar Warehouse.

Anna Gunn plays Maxine Faulk. She is perhaps best known for her role in award-winning series Breaking Bad, but Gunn has also appeared in plays The Rehearsal on Broadway and Sex with Strangers off-Broadway.

Lia Williams fulfils the role of Hannah Jelkes, a spinster and poker player. An actress as well as a director of both film and stage, Williams’ previous acting credits include Mary Stuart and The Prime of Miss Jean Brodie.

Jelkes’ grandfather is played by Julian Glover. A veteran film and television actor, he is well-known as Grand Maester Pycelle on Game of Thrones, among other iconic roles. His stage resume includes Oliver! and Henry IV, for which he won a Laurence Olivier Award for Best Actor in a Supporting Role.

Thought to be the late playwright’s last great play, The Night of the Iguana teems with tension and character observation. Catch Macdonald’s star-studded revival at the Noël Coward Theatre from 6 July until 28 September 2019, with a press night on 16 July.

Special notice: Fans of previous West End Tennessee William revivals such as Summer and Smoke should be sure to catch this production of the playwright's last great play. It's also a chance to see the legendary Clive Owen in his first London stage performance in 18 years.

Sorry this show closed 28 September 2019, we recommend these similar productions.

The Night of the Iguana seat view photos show what view you will get for your money. Unfortunately we do not have any seat views for this show.

Very solid acting all round, fantastic set (it actually rains on stage at one point). Story line... More

Very solid acting all round, fantastic set (it actually rains on stage at one point). Story line is fairly slow and progressive. A search of the human spirit. Not a play for everyone I imagine, but it was for me. Wasn’t sure before I booked the ticket, but I’m glad I got the chance to watch this.

Interesting that I saw this the day after Present Laughter, because they both have a similar them... More

Interesting that I saw this the day after Present Laughter, because they both have a similar theme - a lost, middle-aged man misbehaves and is ultimately forgiven by the woman in his life. This version of the story is more serious, and so are the man's transgressions. Very interesting play, good performances, great thunderstorm! The iguana stole the show.

The show was good but Tennessee Williams' plays are always a bit sad and melancholic. All actors... More

The show was good but Tennessee Williams' plays are always a bit sad and melancholic. All actors were really good!

Second time seeing this play; slow but gripping. Cast all good but Lia William's in particular gives a stunning performance.

Loved the show and the performances were outstanding. Loved the thunder storm and the torrential... More

Loved the show and the performances were outstanding. Loved the thunder storm and the torrential rain especially when we found the weather had broken outside! Quite a surreal experience! Thank you! 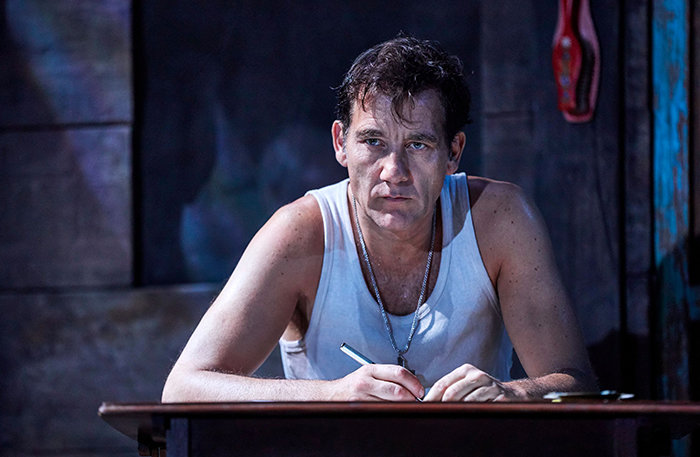 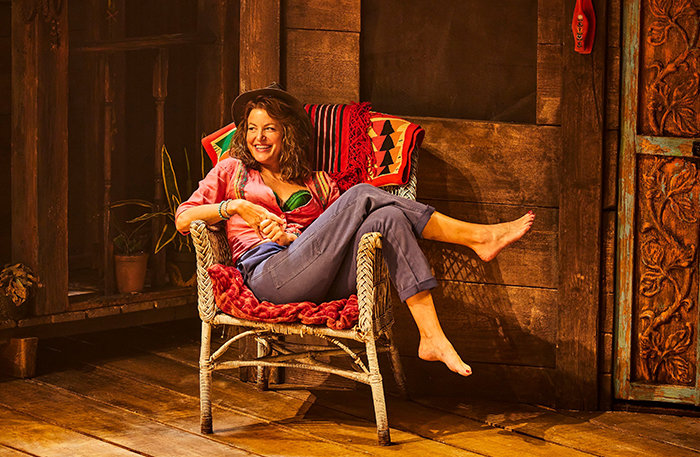 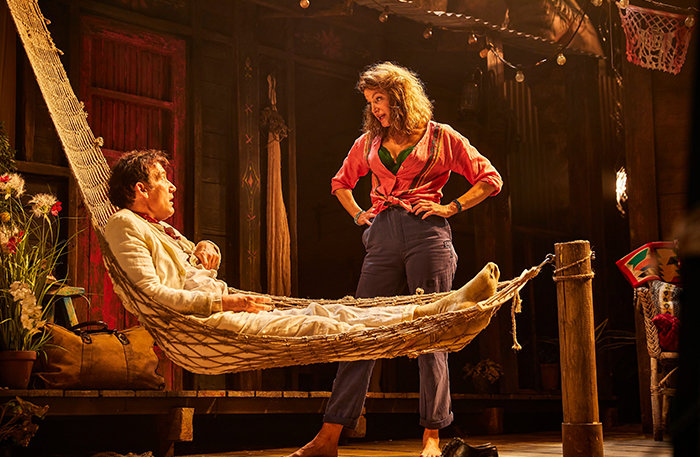 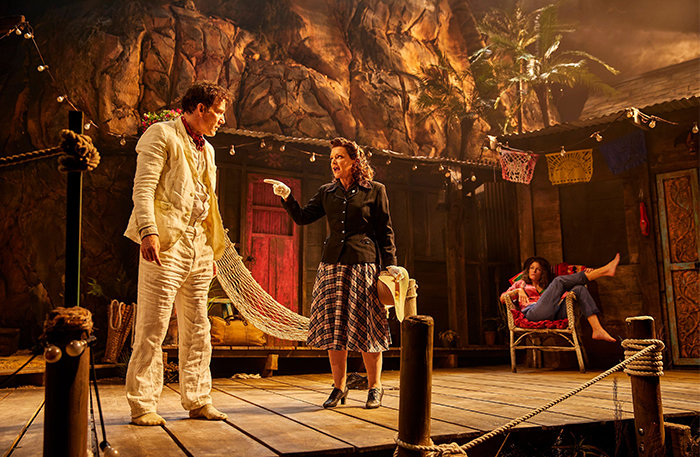 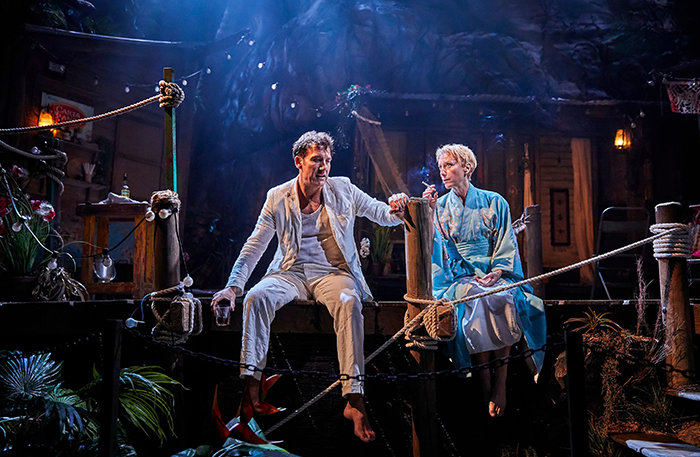 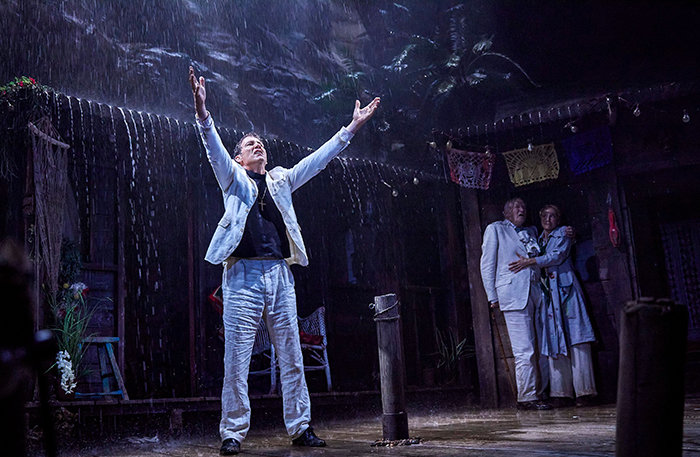 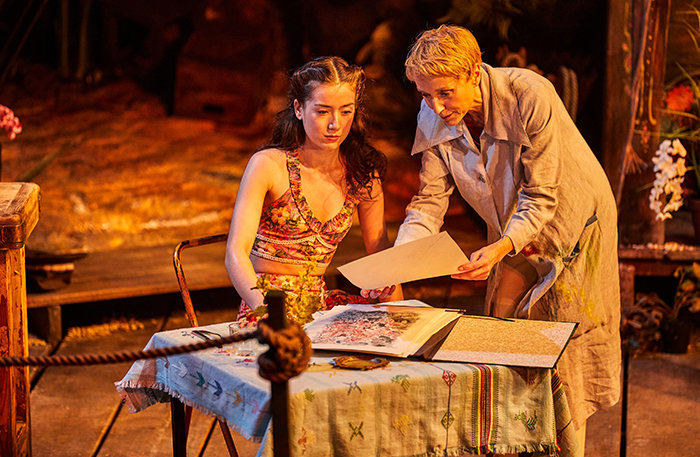 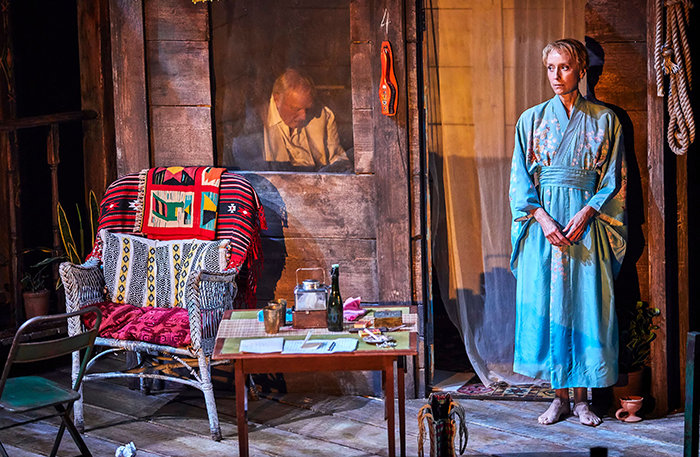 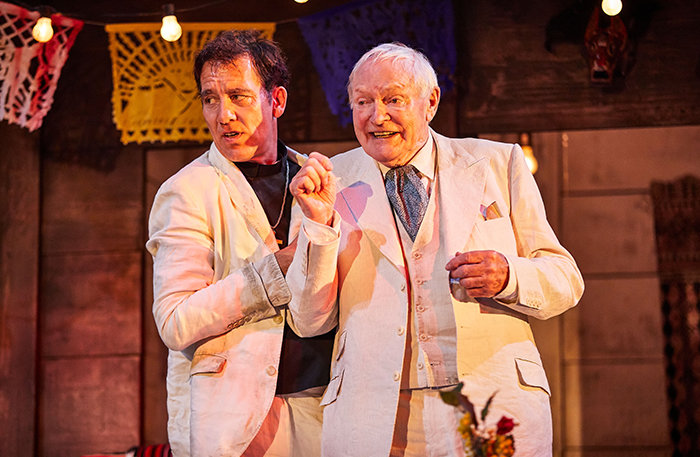