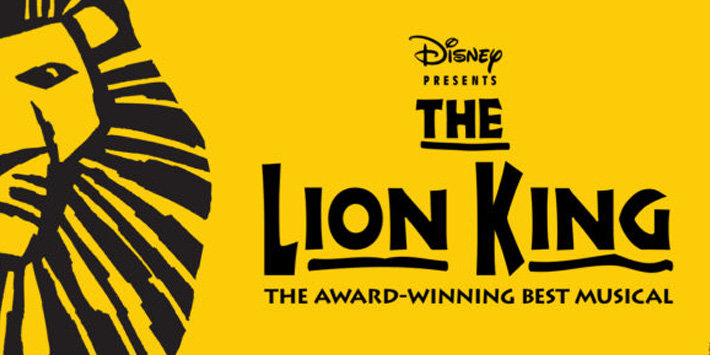 Minskoff Theatre
53 seat views
Since opening on Broadway in 1997, Julie Taymor’s spectacular adaptation of Disney’s award-winning movie The Lion King has been seen by over 90 million people worldwide, in productions from New York to Johannesburg. Set in the majestic Serengeti Plains and dancing to the beat of South African composer Lebo M, Disney’s The Lion King is a genre-defining piece of musical theater.

Taking inspiration from the beloved movie, The Lion King follows Simba, who will one day grow up to be King of the Pridelands. But after the death of his father Mufasa in a shocking act of betrayal, Simba is exiled from the pride and left to fend for himself. On his long journey back to assume his destiny, Simba meets new friends and allies, and must learn some hard lessons about what it really means to be a leader and a king.

Bradley Gibson currently stars as Simba, with credits including A Bronx Tale and Rocky. Amongst an incredible ensemble cast, he is joined by Stephen Carlile as Scar, L. Stephen Taylor as Mufasa, and Tshidi Manye as Rafiki.

Disney’s The Lion King is a real feast for the senses, with gorgeous colors, stunning effects and exhilarating music. Director Julie Taymor (M. Butterfly) collaborated with mask and puppet designer Michael Curry to create visually arresting spectacles of animals, surrounding audiences with elephants, lions and birds across the stage and auditorium.

The musical features a book by Roger Allers and Irene Mecchi, a team long associated with Disney Studios. It also includes the movie’s original songs by Elton John and Tim Rice. Classics including “Circle of Life” and “He Lives in You” are complemented by South African composer Lebo M’s moving new material.

A remarkable feat of theatrical collaboration with a moving story at its heart, Disney’s The Lion King at the Minskoff Theatre is a unique and unforgettable theatrical experience.

The Lion King seat view photos show what view you will get for your money. Our users will start adding seat views when the show opens.

Earn double Rewards points by adding your The Lion King seat view photo! Use your points for Theatre Tokens and Encore Tickets vouchers and get money off your next theatre trip.