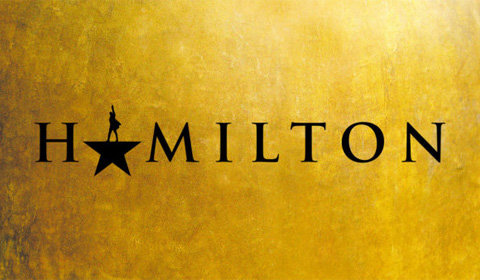 The Richard Rodgers Theatre has a capacity of 1324 seats. Section capacities are 796 Orchestra, 276 Front Mezzanine and 252 Rear Mezzanine. Use our interactive seating chart to view 137 seat reviews and 116 photos of views from seat.

The Richard Rodgers Theatre opened in 1924, when it was called Chanin’s 46th Street Theatre. It was the first of the Chanin Brothers’ six Broadway venues, later owned by the Shubert Organization in 1931 and the Nederlander Organization from 1982. In 1990, the venue was renamed in honor of the late composer Richard Rodgers, whose work included The Sound of Music and The King and I.

Prolific theater designer Herbert Krapp added another venue to his portfolio with the Richard Rodgers Theatre. His most innovative decision at the theater was the introduction of elevated stadium-style seating in the back half of the Orchestra. This meant theatergoers could sit further back – and spend less money – whilst still enjoying a view unobstructed by those in front of them.

Notable productions at the Richard Rodgers Theatre include Guys and Dolls (1950) and Chicago (1975, now playing at the Ambassador Theatre), and in total the venue has housed 11 Tony Award-winners in the Best Play or Best Musical categories. In recent years, the theater has become known as the room where Lin-Manuel Miranda’s hit musical Hamilton happens, since its Broadway debut in 2015. Miranda’s previous musical, In the Heights, also played at the Richard Rodgers Theatre in 2008.

With a capacity of 1,380 seats, the Richard Rodgers Theatre is quite a large venue. Its seating chart is spread across the Orchestra, a Front Mezzanine, and a Rear Mezzanine where legroom can be very tight. The best seats are towards the front of the Center Orchestra and rows A-C of the Front Mezzanine. Sightlines remain impressively clear across the venue thanks to stadium-style elevated seating and decent rakes, although the Mezzanine overhang at the back of the Orchestra is rather prominent and, like most Broadway venues, seats at the back and far edges tend to be more partial view.

• Step-free accessible seating in the front of the Orchestra
• Cloakroom services are available during winter; no bags or luggage are accepted
• Bag checks are conducted at the theater; allow plenty of time to get to your seat
• Drinks and refreshments can be expensive, so plan accordingly 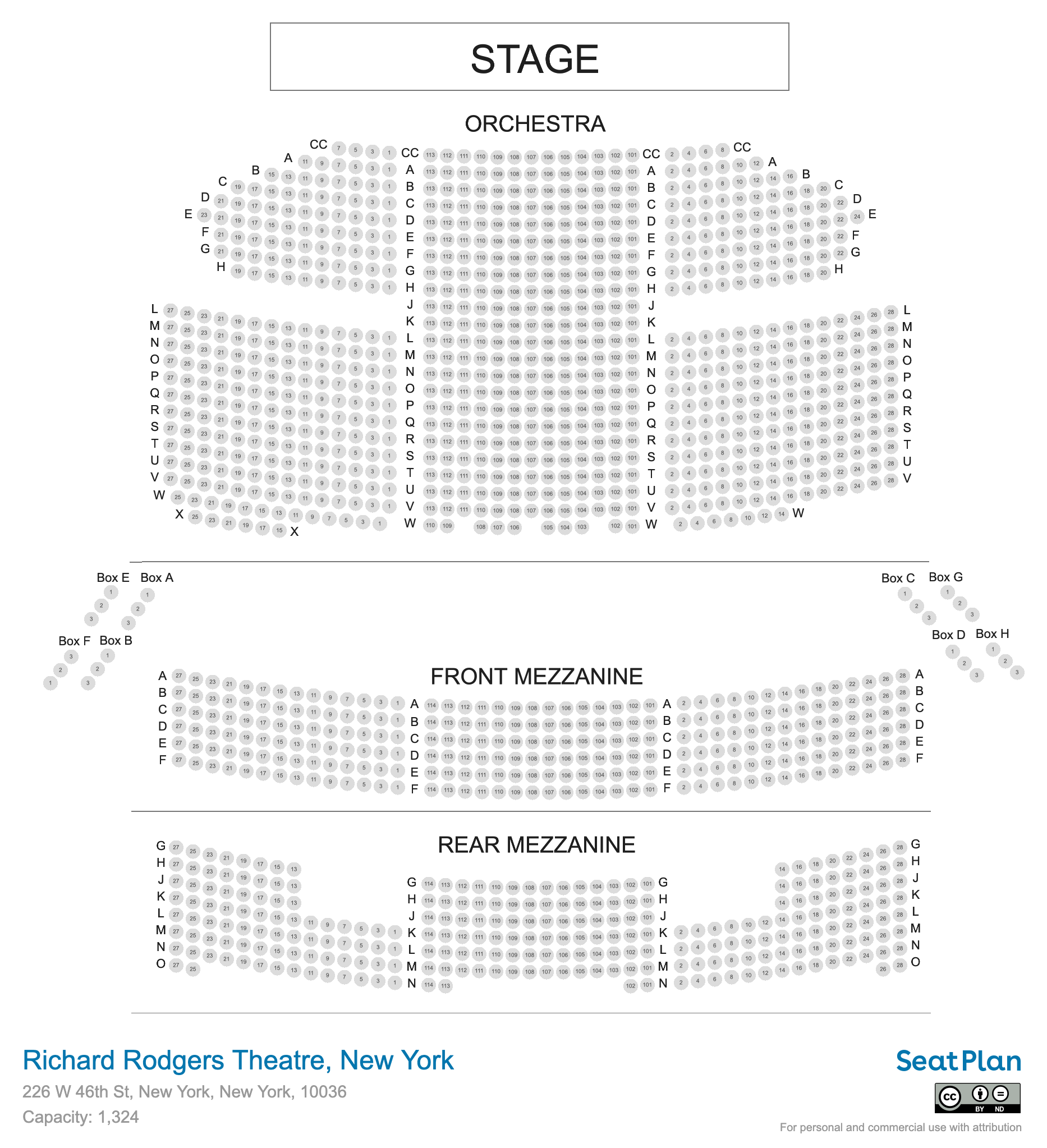 The cheapest seats in the theater can be found in the Rear Mezzanine, where seats are much steeper and feel more distant. However, views in row A are still clear, making them good value seats. Rows D-G in the Front Mezzanine are also good value for money thanks to their desirable elevated sightlines and relatively cheap tickets price.

The front few rows of the Center Orchestra are the most expensive in the Richard Rodgers Theatre thanks to the view from seat they offer. They boast clear, intense and unforgettable sightlines and often sell quickly. Premium seats in the Front Mezzanine are similarly prized for an overhead view that’s perfectly suited to lively musical performances.

This is in the second row on the inner aisle of the left orchestra won via the Hamilton lottery. From this vantage point, you'll be up close and personal with the actors (we even made eye contact with them multiple times). Because of the seat alignment,... More 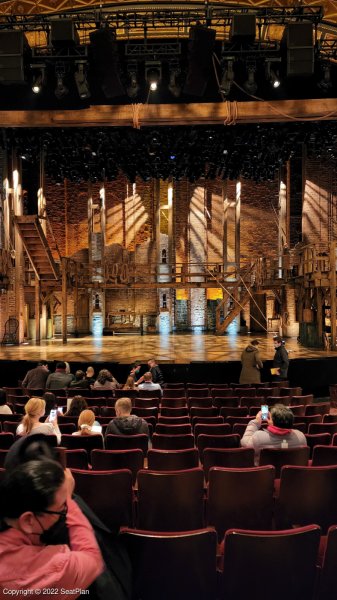 The view from the seat was amazing. I was able to see every part of the stage with nothing blocking me. It was close enough to the stage to see everything without being too close and breaking your neck to look up. However, the legroom was minimal which... More 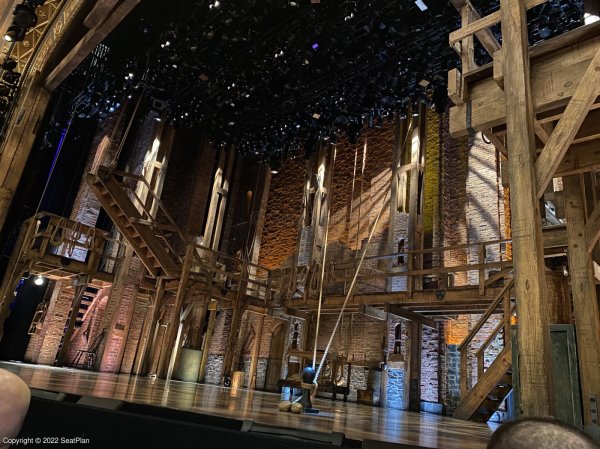 You’re side on so miss a little of the action on the right, but you are still right up where the action is, can see all of the actors’ expressions, and I feel you notice the ensemble far more from this section as well. Given that it’s a lottery ticket... More