SeatPlan members have added 28 Balcony view from seat photos to help you book Aladdin tickets and more. Help us get a photo from every seat - add your photos. 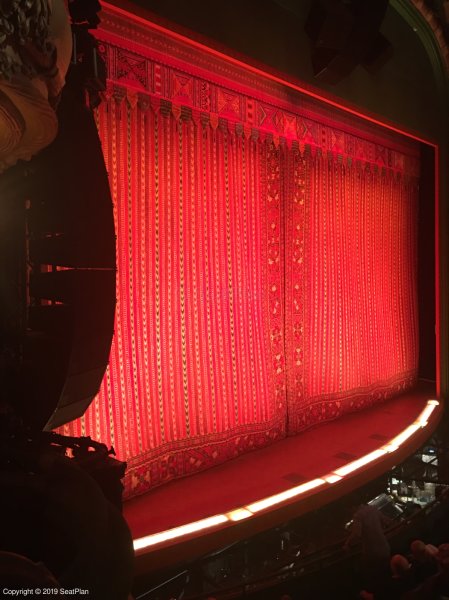 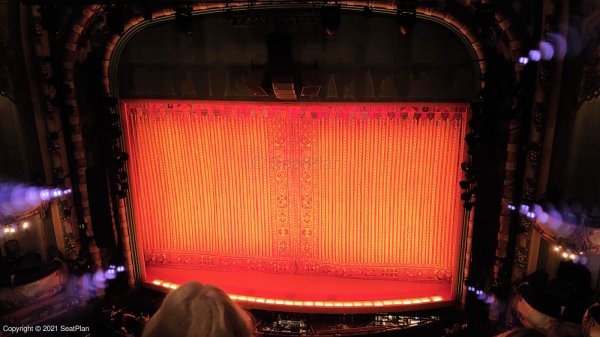 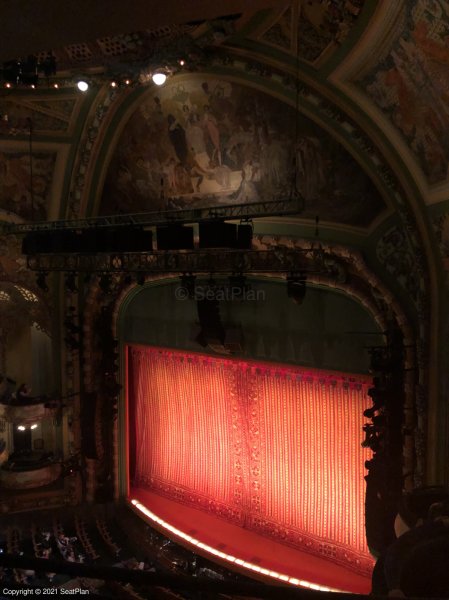 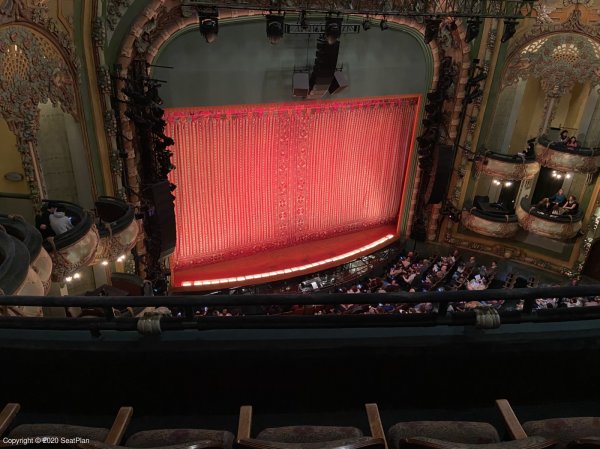 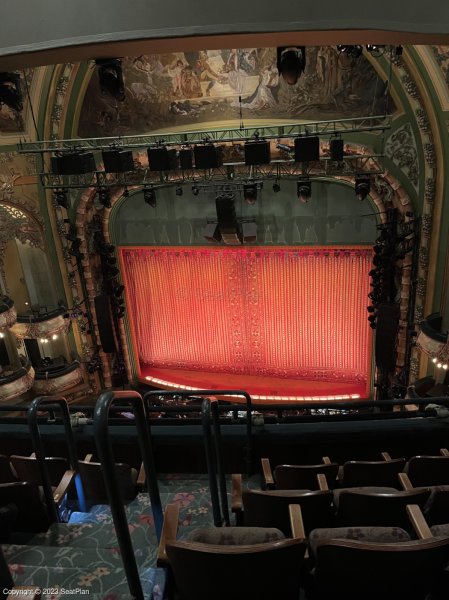 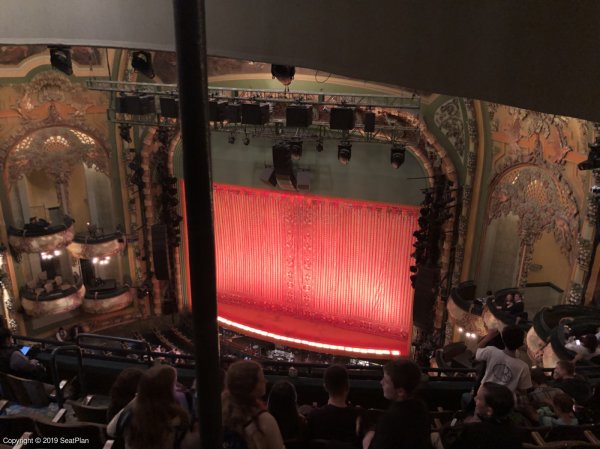 There are a few structural and safety features in the Balcony which cause partial views or obstructions, including thin poles in front of seats such as G11 and J10; and the Boxes jutting out at the far sides. Shorter patrons may also find that the safety railing in front of row A blocks part of the stage. Like the other seating levels, booster seats are available on a first-come, first-serve basis for children to help overcome sightline issues such as this.

Balcony seating is the least comfortable of the theater, with limited legroom and a steep angle that may be uncomfortable for patrons suffering from vertigo or any fear of heights. This steep angle can also lead to people leaning forward, which blocks the view for anyone behind.

The Balcony is not equipped for accessible seating, making it inadvisable for anyone with limited mobility.

The Left Balcony comprises 11 rows of odd-numbered seats which escalate from 1 on the inside to 31 at the far side. The section is very steep with limited legroom, but the stage is fairly clear for the comparatively cheap price. In double-digit seats, the left-hand side of the stage will be cut off somewhat, and seats on the far aisle such as A31 will have the Mezzanine Boxes jutting into part of the stage; from the sides, you may be able to glimpse some backstage activity. Thin structural poles in front of seats such as G11 or H11 can also disrupt sightlines. However, being at such a height guarantees an overview – if rather distant - of the stage, and seats on the inside of the front few rows offer clear views down.

Like the Left Balcony, the Right section has 11 rows of seats which run even-numbered between 2 and 32. Legroom is tight so taller patrons should try to get inside aisle seats. Whilst the stage is fairly clear all the way down, the angle is steep and distant. Thin structural poles bisect sightlines in seats such as J10 or L12. Seats in the back and far corners afford the worst views in the theater because of the angle and incline, but they are also the cheapest on offer. For the best views in the Right Balcony, patrons should sit in single-digit seats along the front couple of rows; from here, you can look down to the stage or lean forward without too much obstruction from the railing in front.

The Center Balcony is a continuous block of seven rows with seats numbering 101 on the right aisle, up to 116 on the left. Taller patrons should try to sit on either aisle for better legroom. The front rows offer the best - albeit distant - views as they face directly above the stage, but a safety railing across row A can obstruct the view for shorter patrons. Anyone with vertigo or a fear of heights may also want to sit further back. Thin safety poles are in front of seats such as G112 but patrons can lean around these easily. At this height and distance, the ceiling curves into view, but doesn’t affect sightlines. Seats in row A are on a par with back Mezzanine seats, with the cheapest options in the back rows.

SeatPlan’s best views of the stage

Sitting as centrally as possible is a good bet for a direct view down to the stage. Whilst it’s high and distant, rows A and B of the Center Balcony still have a fair overall view of performances.

The New Amsterdam Theatre Balcony is very cramped for anyone with long legs, so choosing a seat on the aisle is a big advantage. Seats on either end of the Center Balcony are perfect for combining legroom, budget and the best views.

• Thin structural poles bisect views in seats including G112, H11 and J10
• The best views are in the Center Balcony, rows A and B
• Patrons with vertigo should avoid row A because of the section’s steep height
• Legroom is very tight, with the best options on inside aisles
• The stairs are steep on the way up; take care when entering and exiting the Balcony

The Balcony is the cheapest area of seating in the New Amsterdam Theatre, in line with its distance from the stage and variable sightlines. Seats in the front of the Center Balcony match the price of the rear Mezzanine, and corner seats are the cheapest in the venue.

The New Amsterdam Theatre bar is down in the lobby, on the ground floor. This can be quite a trip during the intermission, so patrons may want to drink beforehand or go elsewhere after the show.

A wheelchair accessible restroom is located on this level for patrons sitting in designated seating below. Other restrooms are available on this level and in the Mezzanine, where some stalls are wider.