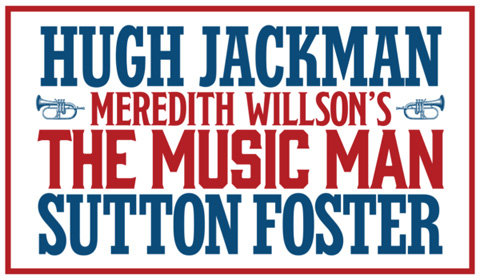 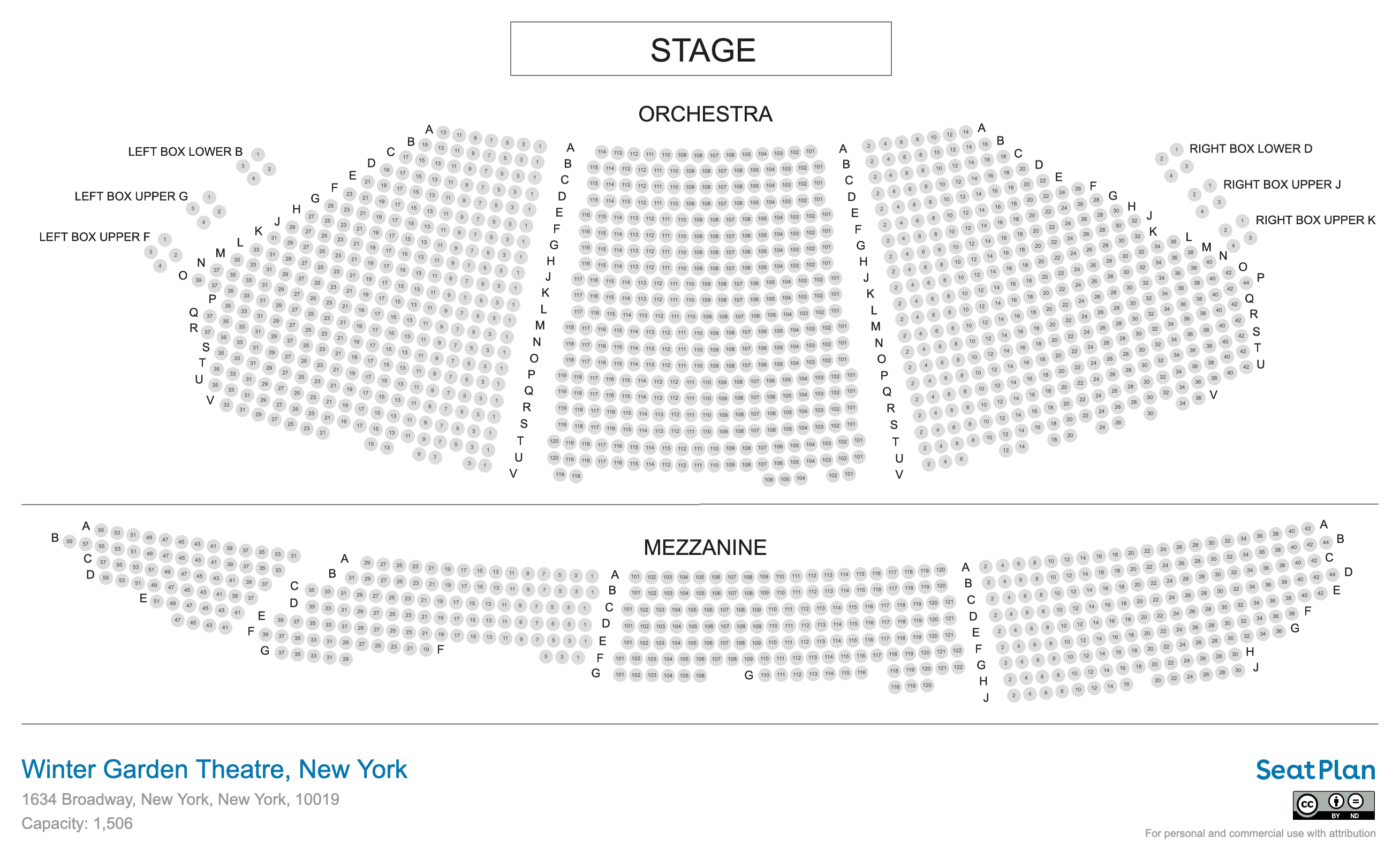 The Winter Garden Theatre has a capacity of 1513 seats. Section capacities are 1030 Orchestra and 483 Mezzanine. Use our interactive seating chart to view 313 seat reviews and 288 photos of views from seat.

The Winter Garden Theatre is the Shubert Organization’s longest-held venue, having been leased to them in 1911. Prior to becoming a theater, it was built in 1896 as the American Horse Exchange to capitalize on the busy horse and carriage trade in New York City. Since being renovated, it enjoyed brief stints as a movie theater under Warner Brothers (1928-1933) and United Artists (1945), but is best known for its musicals and revues.

William Albert Swasey was contracted to transform the old Horse Exchange into a theater, with the space allowing for an unusually wide auditorium layout across two levels. The venue was decorated with garden-themed motifs including ornate leaves across the Boxes. Having been updated by Herbert J. Krapp just over a decade later to lower the proscenium arch and remove the runway, the venue was restored to its 1920s elegance by Francesca Russo in 2001. For a stint between 2002 through 2007, the venue was renamed the Cadillac Winter Garden Theatre before reverting to its original title.

Notable productions at the Winter Garden Theatre include Follies (1971), Barbara Streisand’s star-making turn in Funny Girl (1964) and the premier of 42nd Street (1980.) From 2001, hit musical Mamma Mia! played at the theater for twelve years, following the venue’s longest-running show, Cats (1982-2000).

The Winter Garden Theatre houses a total capacity of 1,526 seats across two levels. The Orchestra seating chart is split across three sections, with the remaining seats in the Mezzanine and Boxes. 33 standing spaces are sometimes available at shorter notice. Views are generally good, with the best – and most premium – towards the front of the Orchestra. Clear, elevated views are present in the center Mezzanine, with obstructions becoming more notable towards the outsides of both levels. Prices tend to reflect the view; the cheapest spots are partial view seats at the back and sides of the Mezzanine.

• Step-free accessible seating in the Orchestra
• Restrooms are on the ground floor and can get busy during intermissions
• An audience services booth is available in the main lobby
• Children under four are not permitted
• The bar can be expensive; plan according to your budget

Patrons wanting to save some money whilst retaining a decent view should look for seats in the middle rows of the Orchestra and Mezzanine. Orchestra rows L-Q remain close enough to enjoy details, whilst Mezzanine rows D-F benefit from the section’s rake to offer desirable aerial views at a lower price. Both are examples of good value seats.

Premium priced seats vary depending on theatergoers’ tastes. The middle of rows A-C in the Orchestra are favored for their proximity to the stage, although row A may be too close for some theatergoers’ tastes. Rows A and B in the center of the Mezzanine are similarly expensive, with unobstructed elevated angles to suit patrons who like to sit further back. These afford some of the best views in Winter Garden Theatre.

I got this seat when purchasing a single rush ticket. The legroom is surprisingly decent, though the seats are rather narrow. The position is near the middle of the orchestra, giving you a great view of everything on stage. More 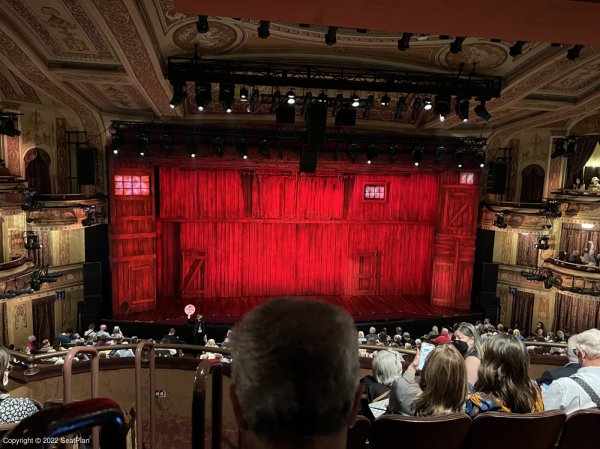 Surprisingly the stage felt closer than I thought it was going to. Could still make out faces. The head of the person in front does slightly obstruct a little bit of the stage, but you get used to it and it’s not that bad. The seat was very comfortable... More 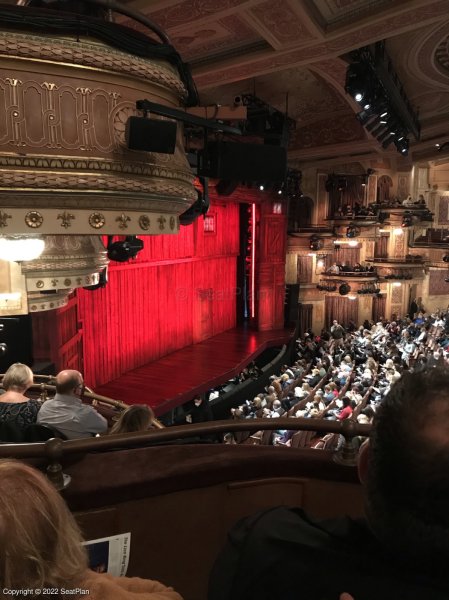 This is a partial view seat and, therefore, affordable. For the Music Man, some scenes take place on a slightly raised platform. These were the hardest to see, especially on the actor’s “stage right,” which is, from the audience perspective, the left... More