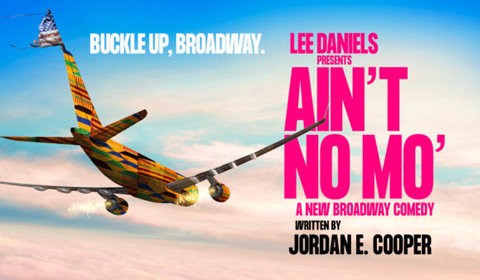 The Belasco Theatre has a capacity of 983 seats. Section capacities are 500 Orchestra, 283 Mezzanine and 200 Balcony. Use our interactive seating chart to view 92 seat reviews and 86 photos of views from seat.

Originally named the Stuyvesant Theatre, Belasco Theatre was built in 1907 by David Belasco, who also lived in a Gothic-style apartment above the venue. Aside from rumors of Belasco himself haunting the auditorium, Belasco Theatre has hosted stars including Humphrey Bogart, Janet McTeer and Denzel Washington.

Known for his eccentric tastes and belief in the Little Theater Movement, Belasco commissioned George Keister to design the venue, adding a neo-Georgian frontage for a cozy atmosphere. The Belasco is one of just four Broadway theaters with a neo-Georgian facade; others include the Neil Simon Theatre and Hayes Theater. A 2010 refurbishment makes the most of original décor including Everett Shinn’s stunning murals. Tiffany lampshades and stained-glass ceiling features can also be seen nestled atop columns and amongst carved wood.

Opening with A Grand Army Man starring Tony Awards namesake Antoinette Perry, Belasco Theatre eventually transferred ownership to The Shubert Organization in 1948. Since then, notable productions include Oh Calcutta! (1971), Hamlet (starring Ralph Fiennes, 1995) and Hedwig and the Angry Inch (2014). A revival of Joe Turner’s Come and Gone (2009) even prompted a visit from Barack Obama.

Belasco Theatre has a capacity of 1,016 seats across three levels, with around half situated in the Orchestra and 25 standing spaces. The Orchestra seating chart splits into Left, Center and Right, with views best in the middle. The Mezzanine’s center seats also offer good views for patrons wanting to sit further back whilst the Balcony offers the most affordable seating to reflect its distance, with restrictions caused by safety bars and side angles. Boxes are available for side-on, intimate seating, and it’s worth noting that across all levels seats further to the sides become more obstructed.

• Step-free access to the Box Office from side door
• Refreshments may be expensive; eat and drink before visiting
• Coat check available at downstairs bar
• Air conditioning can be strong; bring a light sweater just in case
• Ushers may conduct bag checks so leave plenty of time to get to your seats 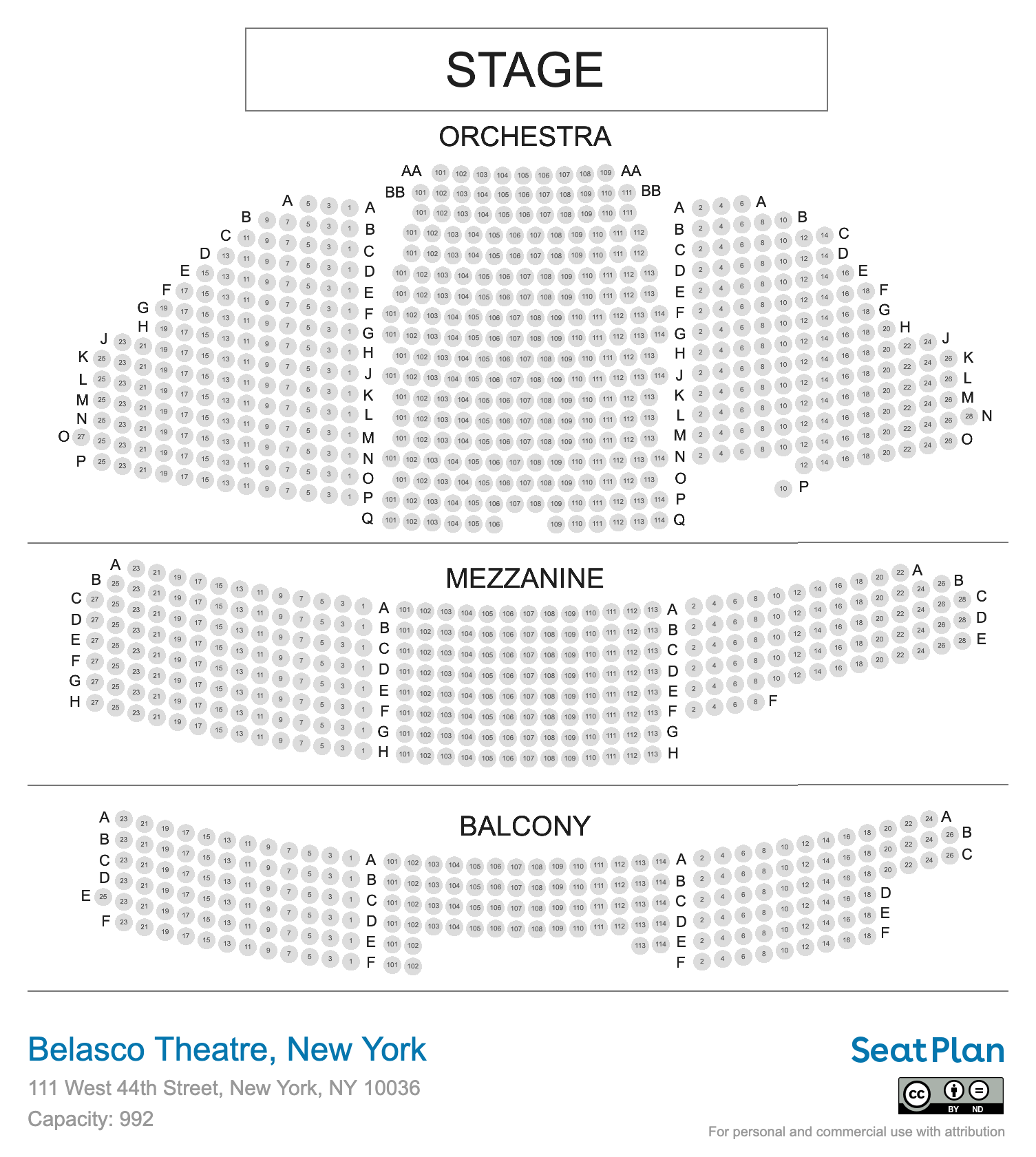 The rear Center Orchestra is a price bracket below premium; thanks to the smaller auditorium, seats do not feel too distant. Sitting centrally in rows G-O is a good bet for best value seats. Central seats a couple of rows back in the Mezzanine offer a fair view at cheaper prices, although in both sections be aware that sitting to the side can cause restrictions from angles, safety bars or Boxes.

The best seats in the house are Center Orchestra towards the front. In particular, rows B-D aren’t so close to the stage to necessitate neck craning, instead offering a comfortable position to enjoy an intimate drama. Row A of the Mezzanine is also top price with a sweeping view, although some patrons may find the safety bar obstructs the bottom of the stage. 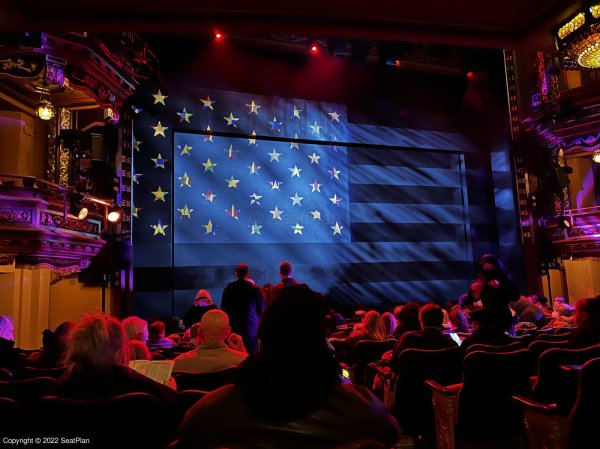 No major obstructions architecturally, the only issue is that the audience seats aren’t raked very much so if you have someone sit in front of you, they may block some things. But overall great seat! More 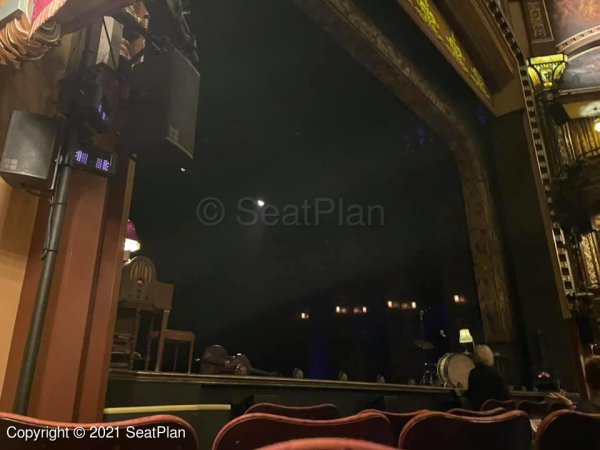 Legroom is great since it's on the aisle, and if you're next to someone you know, you can be a little more stingy with elbow room! For this show, we missed a couple of entrances but overall, you feel like you're IN THE PERFORMANCE and it's riveting! I... More 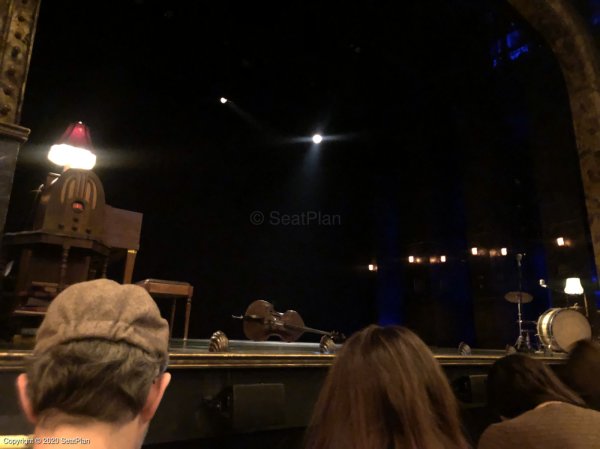 Won these seats via the lottery! I’m not one to complain for any seats for such a good price, so all things considered the view was great. However, I will say there were some entrances from stage right that were missed as we were so close to the stage/the... More