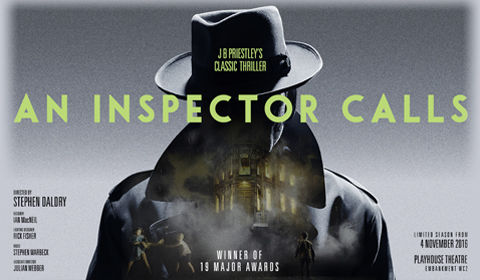 Having won more awards than any other play in history, this glorious production has thrilled audiences around the world with its incredibly innovative staging, gripping drama, imaginative sound design and thrilling suspense.

Set in 1912, the play follows the unexpected arrival of Inspector Goole at the home of the wealthy Birling family, interrupting Arthur Birling, his wife Sybil, and their son and daughter (Eric and Sheila) who are celebrating the announcement of Sheila’s engagement to Gerald Croft, heir to one of the most prosperous family businesses in England.

Arriving on the business of investigating the death of a young woman, the inspector soon unearths the hidden connections that all members of the family have with the deceased lady, forcing us to reassess both the family, and even ourselves, in the light of these new revelations.

Stephen Daldry is known for his acclaimed work in cinema, with his films Billy Elliot, The Hours, The Reader and Extremely Loud and Incredibly Close all having being nominated for Best Picture and Best Director at the Academy Awards. He has also seen great success on the West End, most recently with productions of Skylight starring Bill Nighy and Carey Mulligan, The Audience starring Helen Mirren, as well as the smash hit eleven year run of Billy Elliot: The Musical at the Victoria Palace Theatre.

Renowned as the defining production of a generation, Stephen Daldry’s version of the classic thriller first opened at the National Theatre in 1992, receiving three Olivier Awards (Best Director, Best Revival and Best Designer), as well as two Evening Standard Awards (Best Director and Best Supporting Actress). Following this huge early success, the show went on to have both West End and Broadway transfers (where it won four Tony awards), as well as going on extensive national and international tours.

Clive Francis, best known for his work on both stage and screen in films A Clockwork Orange and Mr Turner as well as recent theatrical performances such as 84, Charring Cross Road played the lead role of Mr Birling. He was joined by Liam Brennan (Diary of A Madman) as Inspector Goole and Barbara Marten (People, Places and Things) as Mrs Birling. The cast was completed by Carmela Corbett as Sheila Birling, Matthew Douglas as Gerald Croft, Hamish Riddle as Eric Birling and Diana Payne-Myers as Edna.

An Inspector Calls returned to the West End once again in 2016, giving a new generation the opportunity to see this masterful piece of theatre, with performances having began on the 4th November 2016 and performances having run until the 4th February 2017.

Special notice: An Inspector Calls is one of the greatest plays to examine values and double standards within Edwardian society, as well as being reflected in today. Anyone wanting to experience a thought provoking play with a deep conscience should not miss the opportunity to see this play at The Playhouse Theatre in London’s West End.

With a highly gripping mystery and investigation at its centre, it’s also perfect for those who enjoy theatre with suspense. With Daldry’s renowned production featuring innovative set and audio design work, it is also both a treat to the eye and ear that develop JB Priestley’s classic from ever feeling like a stuffy drawing room drama.

Sorry this show closed 25 March 2017, we recommend these similar productions.

SeatPlan Recommends: Throughout the Stalls in the Playhouse Theatre there tends to be quite good visibility in all seats. Towards the rear of the stalls, the circle overhang does not encroach on the stage view too much, meaning that reductions in this area can provide good value for money if you do not mind being reasonably far away from the stage.

The best seats in the Playhouse Theatre’s Dress Circle can be found in the centre of the front four rows, although smaller patrons in the very front row may find it hard to see over the safety rail, however legroom tends to be particularly good in this area.

The Upper Circle can also provide good value for money, however a steep rake and great distance from the stage can be problematic for many. Legroom tends to be far more restrictive than the Dress Circle and seats near the aisle tend to have their view restricted by safety rails. Despite this, views in the centre tend to be generally quite good, despite being a little far away.

I thought the show was exceptional and held my attention from start to finish. The fact that it was one... More

I thought the show was exceptional and held my attention from start to finish. The fact that it was one act meant that the story was not disrupted. I'm not sure I fully understand the significance to some of the actors presence in the sides but all in all I loved the production the simple set and the exceptional performance by all.

I studied An Inspector Calls at school and saw a production of the play back then (about 15 years ago)... More

I studied An Inspector Calls at school and saw a production of the play back then (about 15 years ago) but couldn't really remember much about it. As soon as it started everything came flooding back! I really enjoyed it and thought all of the performances were brilliant. The set is one of the highlights for me - it really is clever (and reminded me of writing essays on the symbolism of the house portraying the disintegration of the family unit). It's worth noting that there isn't an interval - we weren't warned of this before hand.

Studying the play at school so was great to see it onstage. Got a bit boring in places but good adaption... More

Studying the play at school so was great to see it onstage. Got a bit boring in places but good adaption of the play. Actress playing Sheila was magnificent!

A very atmospheric production, it still works well 25 years after Daldry's version at the National Theatre. Priestley's script is what is magnificent here, with the central ideas powerfully expressing his social views in a very eloquent and unique way. Occasionally, it did perhaps feel slightly overacted, which may well have been intentional for comedic effect, however it did rather deflate some of the more hard hitting moments. 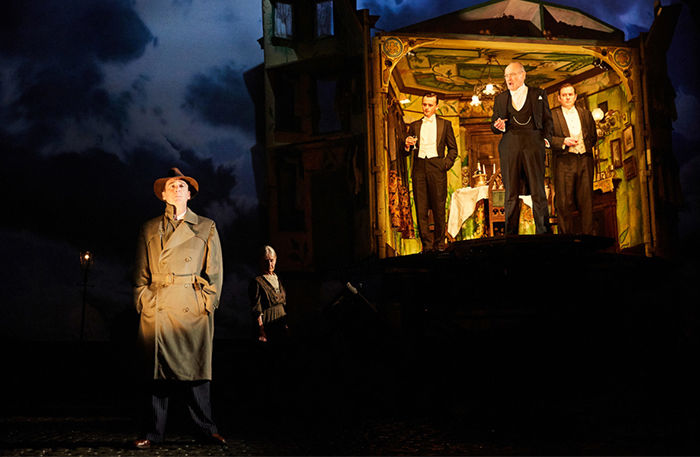 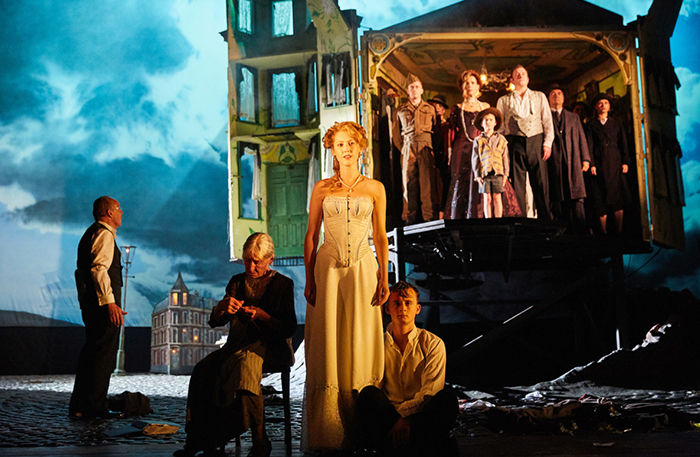 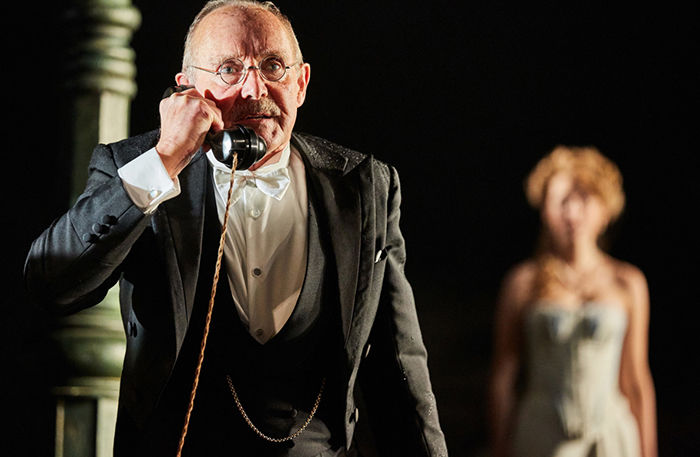 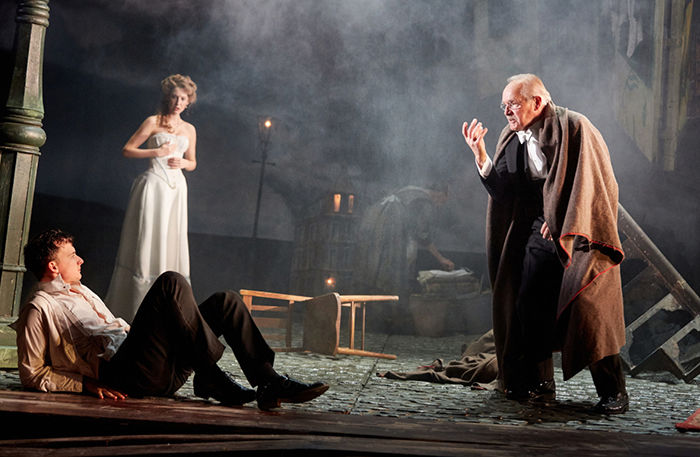 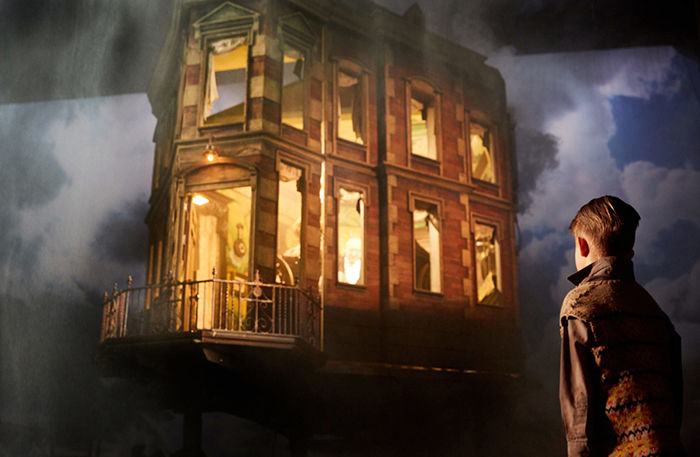 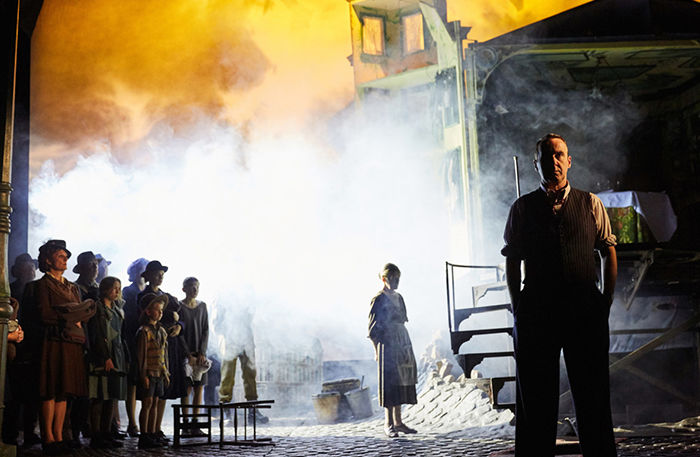 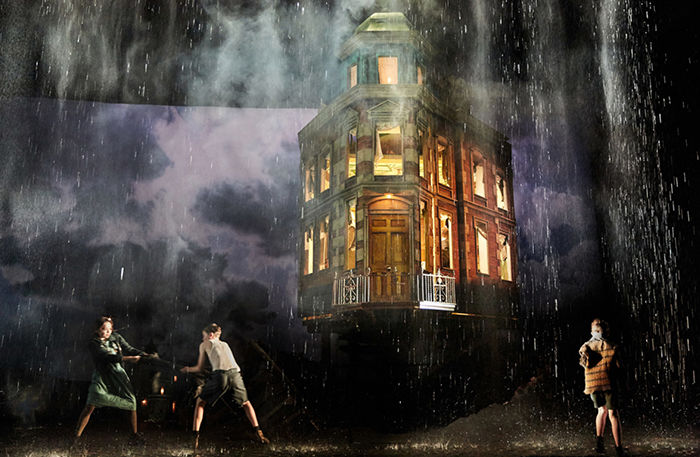