Adapted for the stage by poet and journalist James Fenton, the play is based on Miguel de Cervantes’ iconic, sadly whimsical novel The Ingenious Nobleman Don Quixote de la Mancha; a popular story in modern culture. Following the ageing titular character, who has spent a lifetime reading books about medieval knights and their quests, Don Quixote believes he is one as well.

Inspired by the wandering knights in the stories, he dons a suit of armour, finds an ill-suited companion and embarks on a life of defending the helpless and defeating the wicked. Unfortunately, it becomes clear that he is beginning to lose his grip on reality, as inns become castles, prostitutes become ladies of the court and windmills are giants that must be fought!

David Threlfall stars as Don Quixote, opposite Rufus Hound as Sancho Panza, both reprising their roles from the original production. Threlfall is best-known for starring in Channel 4’s Shameless, as well as Black Sea, What Remains and Troy: Fall of a City, whilst Hound’s stage credits include the recent Present Laughter at Chichester Festival Theatre, Wind in the Willows and One Man Two Guvnors.

The RSC production was first staged to commemorate the 400th anniversary of Cervantes’ death and received across the board. A hilarious, madcap, riotous adventure, his playful production plays a strictly limited season at the Garrick Theatre. Don Quixote runs at the London venue from 27 October 2018 to 2 February 2019, with a press night on 8 November 2018.

Special notice: Those that enjoy retellings of classical literature, RSC audiences and people looking for some hugely funny and entertaining theatre over the holidays will enjoy this, whilst David Threlfall and Rufus Hound fans shouldn’t miss out!

Don Quixote seat view photos show what view you will get for your money. Unfortunately we do not have any seat views for this show.

Just wonderful, absolutely sublime and I loved every single second of it! Incredible staging, the... More

Just wonderful, absolutely sublime and I loved every single second of it! Incredible staging, the relationship between Hound and Threlfall was palpable and tore at the heartstrings. I laughed and cried with them and didn’t want it to end

Amusing in parts and touching in others, I especially enjoyed the moments when Rufus Hound broke... More

Amusing in parts and touching in others, I especially enjoyed the moments when Rufus Hound broke the fourth wall and interacted with the audience.

This wasn't really what I was expecting at all. I was expecting a proper laugh out loud farce, but instead it was pretty straight apart from a few Monty Python style jokes dotted around throughout, none of which I really found funny. This is a pretty specific kind of humour and everyone else around me seemed to be enjoying it, so maybe it just wasn't for me.

This was a very enjoyable show from start to finish. It felt like an adult pantomime with loads o... More

This was a very enjoyable show from start to finish. It felt like an adult pantomime with loads of audience participation. Being sat in the front row right in the middle did mean that I got picked on a couple of times to interact with the actors, including having to stand up and be draped over an actor whilst he was taking me 'hostage' but it was all in good fun and was very enjoyable. As you'd expect from the RSC, the acting was of the highest standard and both David Threlfall and Rufus Hound were a joy to watch!

They had intense audience interaction. Really, I was to be glad I was behind a pillar when the fo... More

They had intense audience interaction. Really, I was to be glad I was behind a pillar when the food fight (!) started. One bread roll landed near me, and an usher rescued it and flung it back on stage - there was an enthusiastic exchange of rolls, back and forth, for several minutes! Not only that - we had instructions to cheer, we had banter: and most memorably, one of our group demonstrated the art of being in exactly the wrong place at the wrong time, when she was practically dragged on stage, being draped over one of the actors, at the edge, for an extended period. Definitely different. I adored this. It's just kind of perfectly surreal, the story of a daft old man in La Mancha who reads a lot, fantasises a bit too much, and decides to ride out as a knight errant and have adventures! I've passed through La Mancha - truly, there didn't seem to be a lot there, and I can imagine the locals fantasising. Off he pops, with shabby armour, and persuading his servant to tag along as a squire, with the promise of wealth. And as he wreaks havoc in the area, he causes much mischief - and perhaps also revives some chivalry, as is his aim. It's as well performed as you'd expect from the RSC. And quite hilarious - as someone remarked at the interval, a great start to the panto season! The musical numbers are beautifully sung - and the band, hidden up in a musicians' gallery at the rear, play a variety of styles from classical guitar to flamenco to ballad. I was in heaven with the Spanish stuff, of course. Not quite to everyone's taste - I fancy the auditorium was a little emptier for the second half - but jeez, I can't recommend it highly enough. Includes haze and flashes.

The play was funny although at some points it seemed slow. It is similar to Shakespeare plays (it... More

The play was funny although at some points it seemed slow. It is similar to Shakespeare plays (it's actually by the Royal Shakespeare Company) so don't expect big effects, stage changes or story turns. 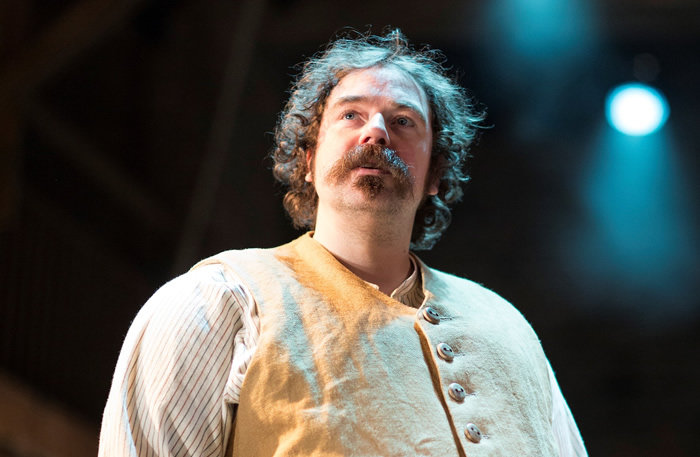 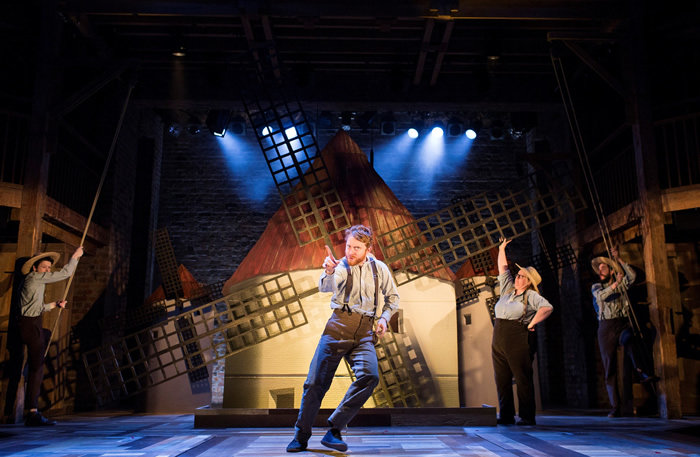 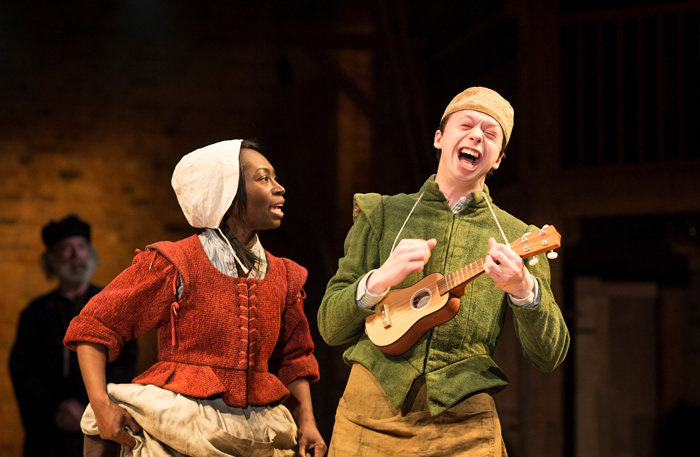 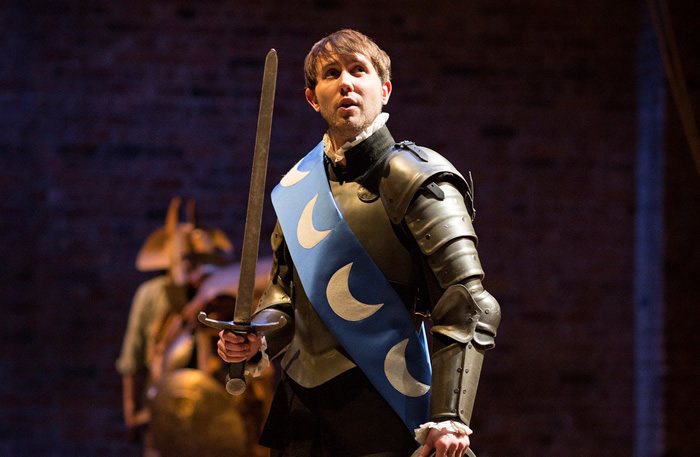 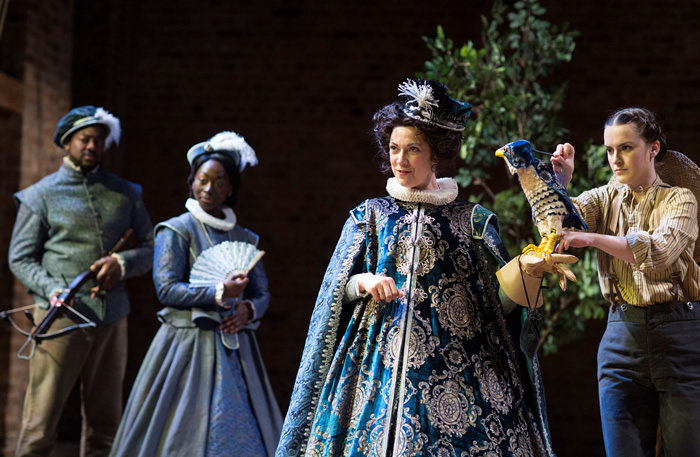 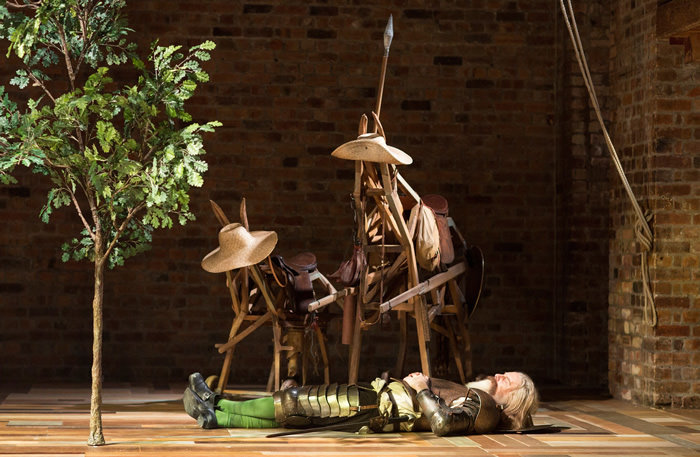 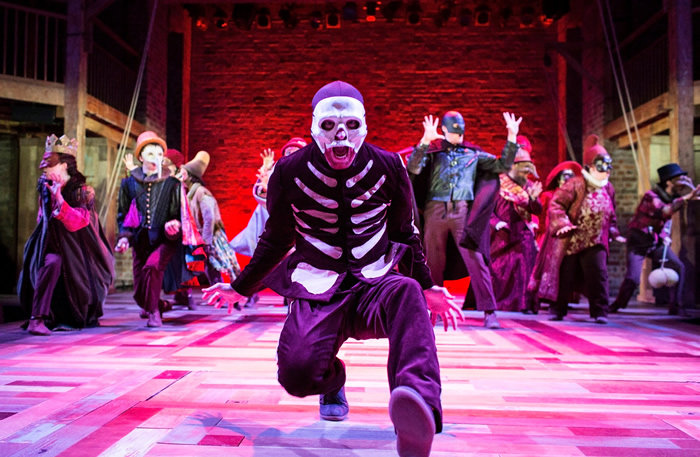 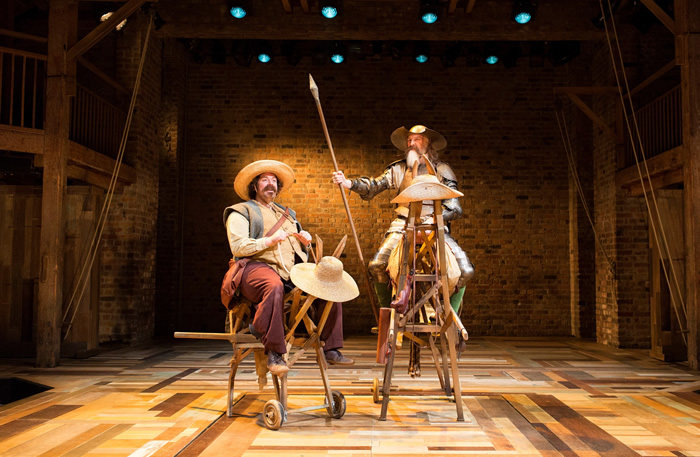 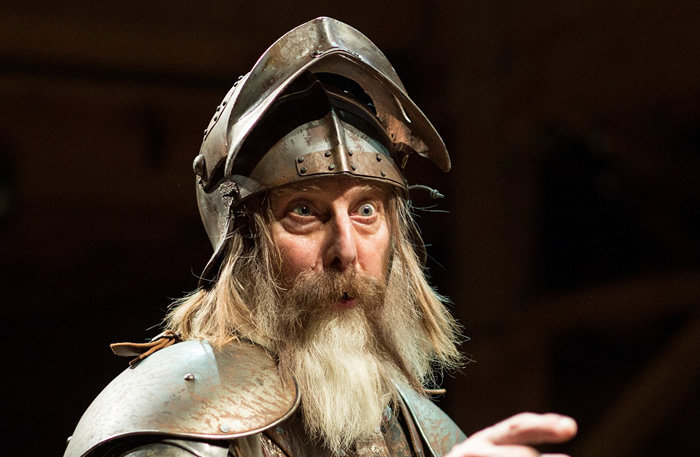 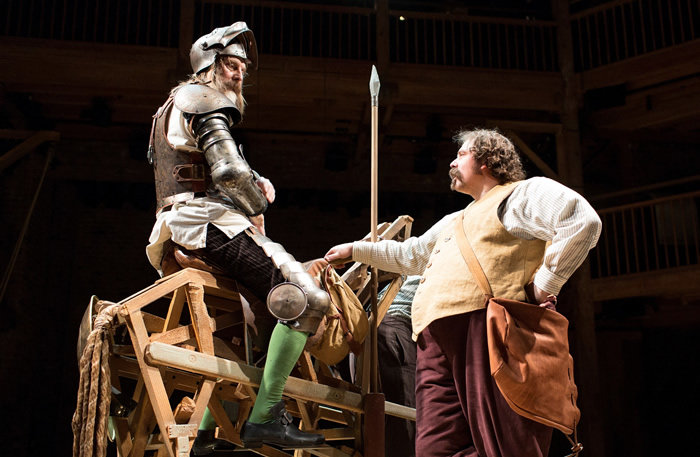