Step into the spotlight with Jamie

Sensational British musical Everybody's Talking About Jamie delivers a glittering, high-kicking rush to London audiences. The tale of a teenager who dares to be different has caused a stir across the country - from a classroom in South Yorkshire to the West End's Apollo Theatre.

The musical follows 16-year-old Jamie, who doesn't quite fit in at school. An out-of-place Sheffield starlet who dreams of fame and fortune on the drag circuit, Jamie enlists the help of his friends and family to defy expectations and take his first shaky high-heeled steps into the limelight.

Everybody’s Talking About Jamie is adapted from the documentary Jamie: Drag Queen at Sixteen, and premiered at Sheffield Crucible before transferring to the West End, where it's become known as one of the best musicals in London.

With music by The Feeling's Dan Gillespie Sells and lyrics and a book by BAFTA nominee Tom MacRae (Doctor Who), the show features irresistible, toe-tapping songs including “And You Don’t Even Know It” and “Out of the Darkness”.

This heart-warming story about defeating the bullies and staying true to who you are is the show on everyone's lips. Everybody's Talking About Jamie tickets are a must-have for teenagers - and adults - who want to stand out from the crowd in style.

Age recommendation: Best for age 14+. Under 10s not permitted.

Everybody's Talking About Jamie seat view photos show what view you will get for your money. Unfortunately we do not have any seat views for this show.

The actor who plays Jamie doesn’t have the greatest voice, but he is so endearing and his perform... More

The actor who plays Jamie doesn’t have the greatest voice, but he is so endearing and his performance so believable that the imperfections tend to add to the character rather than jar. The actor who plays his Mum has a beautiful voice and gives a very moving performance. Shane Richie is naturally, a scene-stealer and loved by the audience. Overall the whole show is a joy.

The show was brilliant! Positive, while tackling real-life LGBT issues, with catchy songs, realistic costumes, funny drag queens and a band that did a particularly amazing job in the instrumental. Had the chance to see Bianca del Rio as Hugo and she does indeed deserve all the hype. If you want a feel-good show, you should definitely see this.

New lead - Noah is superb and has brought a fresh nativity to the role. He’s a great presence and... More

New lead - Noah is superb and has brought a fresh nativity to the role. He’s a great presence and will only thrive along with other new cast members. A feel good show with intelligent music and performances.

This is a fantastic show based on a true story. Heart warming, fully and real. Brilliant music wh... More

This is a fantastic show based on a true story. Heart warming, fully and real. Brilliant music which takes you through all the emotions. Loved it all, came out of the theatre buzzing. Highly recommend it.

This show was honestly amazing, better than what I was expecting. It is such a feel good show and... More

This show was honestly amazing, better than what I was expecting. It is such a feel good show and you leave feeling really happy with what you have watched. Layton Williams was so good. He was funny, charismatic and had me hooked from the moment he came onto the stage. He did really well and the funny, flamboyant and headstrong Jamie. Rita Simons really surprised me. I'm not saying she is a bad actress at all but I find that quite a few people who come from soaps or even reality TV aren't as good on the stage but she was amazingly good and has a lovely voice on her. The rest of the cast were brilliant, the musical numbers, the dancing and the overall story were amazing. It was nice to watch something that was simply easy to watch and a "leave the show feeling good about yourself". The cast were very entertaining and I would recommend anyone of all ages to come and what this show.

5th time seeing the show and still a real crowd pleaser. First time seeing this cast and in parts it feels like a brand new show. It has heart and you can’t help but smile. Looking forward to it hanging around for a while, will be very successful on tour, and if done well should make an excellent film. 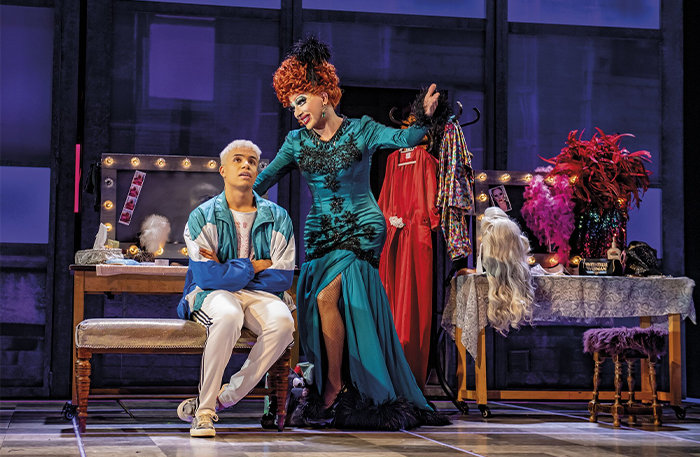 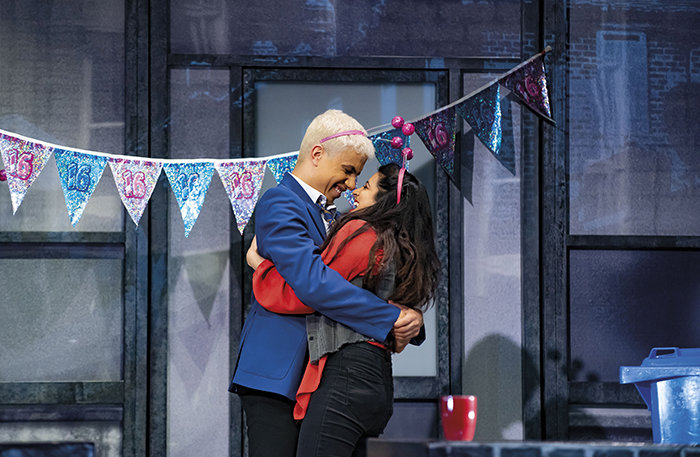 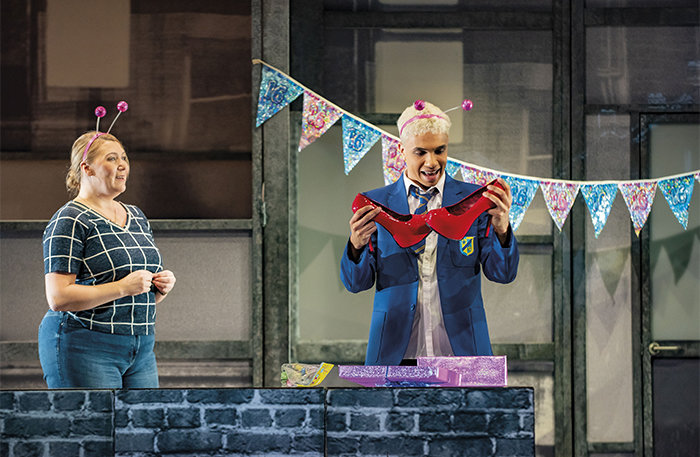 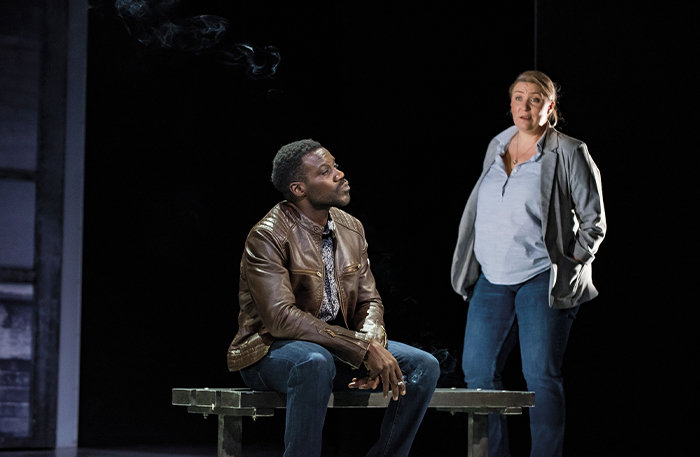 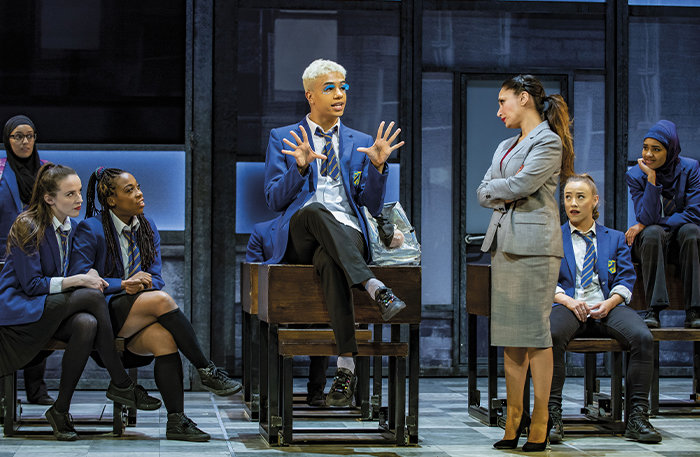 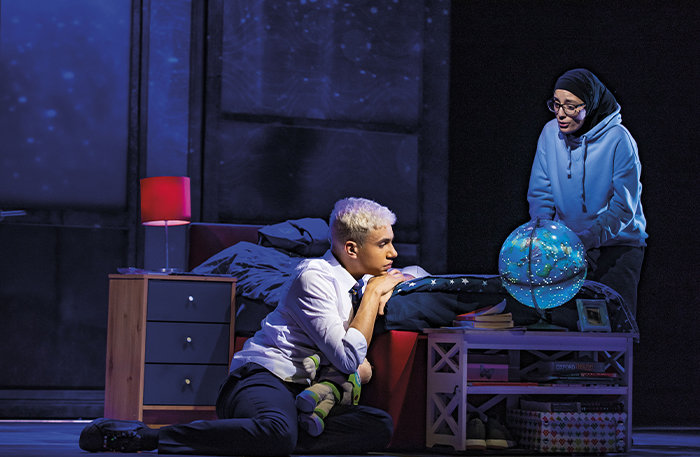 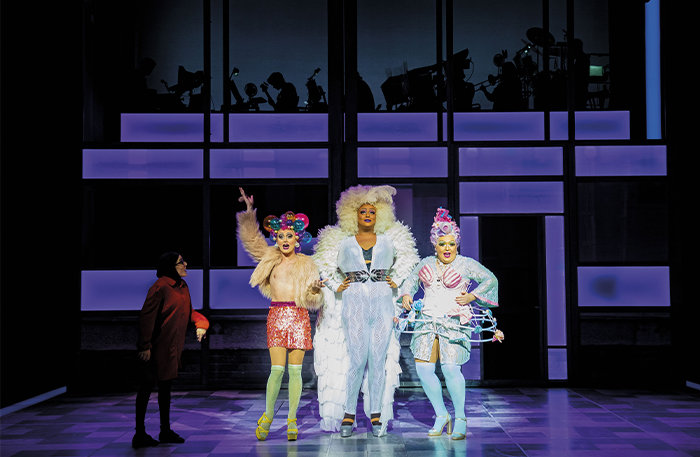