Best known for the cult classic 1984 film starring Kevin Bacon, which was later revamped into a 2011 screen sensation starring Miles Teller and Julianne Hough, Footloose is the electrifying musical that promises to have audiences dancing in their seats! Featuring songs such as “Let’s Hear it for the Boy”, “Holding out for a Hero” and the phenomenal “Footloose”, it’s guaranteed to entertain.

When city boy Ren is forced to move to backwater rural America, he thinks life has got pretty bad. But as he discovers that Bomont has banned dancing and rock ‘n’ roll music, he takes it on himself to introduce a world of wild moves to the town. Soon, Ren has all hell breaking loose as he brings the town to their feet.

Pop Idol’s Gareth Gates stars as Willard, opposite Maureen Nolan as Vi Moore. Gates has appeared in musicals throughout the country, including Joseph and the Amazing Technicolor Dreamcoat, Legally Blonde and Les Miserables.

Footloose is directed by Racky Plews, who had recent success with the West End’s American Idiot, with choreography by Matthew Cole and design by Sara Perks. The musical includes music by Tom Snow and lyrics by Dean Pitchford, who also adapted it for the stage alongside Walter Bobbie.

Produced by award-winning company Selladoor Productions, Footloose joins acclaimed musicals such as Avenue Q, American Idiot and Little Shop of Horrors. Footloose opens at the Peacock Theatre on September 12th and runs for a limited season until September 30th 2017.

Running time: 1 hour and 50 minutes with one interval

Special notice: Fans of rock ‘n’ roll musicals such as We Will Rock You, Rock of Ages and American Idiot will love this dance-filled, action-packed production, which features some well-known songs.

Footloose contains scenes of mild sexual nature and is therefore not recommended for children. No under 5’s will be permitted in the theatre.

Sorry this show closed 30 September 2017, we recommend these similar productions.

SeatPlan Recommends: Sit in the Stalls at the Peacock Theatre to feel fully immersed in this wild production! Seats towards the front and centre will have a premium price but are worth it for the experience.

Alternatively, sit in the Dress Circle for bargain seats! Real bargains can be found towards the rear of this section, with the view being clear – just slightly distant.

This legendary 80’s musical has always been a hit with toe-tapping hits such as ‘Footloose‘, ‘Holding... More

This legendary 80’s musical has always been a hit with toe-tapping hits such as ‘Footloose‘, ‘Holding Out For a Hero‘ and ‘Let’s Hear it for the Boy‘. The latest version of the 80’s classic which follows main character Ren McCormack as he moves to a new town, Bomont, where music and dancing is banned has had lots of changes from previous incarnations so makes for interesting viewing. The main difference is that in this production the actors play the musical instruments on stage throughout the show. As such there is no band, except a drum player, all of the music is played by the multi-talented cast. I was unsure about this to begin with, as I felt it detracted somewhat from the characters and staging of the show. But I soon got used to the appearance of guitars, saxophones, flutes and clarinets and they became invisible. The instruments however, are not vital or even a part of the storyline so it is an interesting concept. One that I am not sure truly works for this style of show. The cast were all talented and committed to their roles but for me the two main characters Ren, played by Joshua Dowen, and Ariel, played by Hannah Price, were superb. Both actors had fantastic singing voices and really connected with the characters. The emotions displayed felt real and the characters were relatable. In addition, the onstage chemistry between them was evident and developed throughout the show, particularly during the second act. Joshua Dowen’s dancing skills were energetic and precise. The choreography by Matt Cole played homage to the 80’s style and the original film starring Kevin Bacon but did not feel particularly inventive or innovative. Another actor I was particularly drawn to was Laura Sillett, who played Rusty. She was very charismatic and energetic throughout the performance. In fact the trio of girls including Gracie Lai and Emma Fraser played a vital part in the show, often offsetting the tension and adding humour. They were all clearly talented and their performance of ‘Somebody’s Eyes‘ was a highlight of the show. It was an enjoyable show but not without it’s faults. For me, some of the castings were slightly odd. Whilst Reuven Gershon’s (Rev Shaw) acting was very good and believable unfortunately his song ‘Heaven Help Me‘ lacked the conviction and passion needed. Gareth Gates was the ‘celeb’ appeal for this show and he did act the part of Willard as presumably he was directed to. Personally however I did not like this version of Willard. The character not feel believable and often the jokes fell flat. The use of a simple set with a revolving centre piece creating different locations seemed to work well and the different heights to create other spaces was good, allowing the audience to clearly see the actors. The only downside to the set was the limited floor space it left. With increased floor space the choreography could have been slightly more impressive and had larger group numbers. Lighting was effective and generally the sound was good, albeit there were a few technical hitches with microphones cutting out. Overall the show was a fun-filled night out. Perfect for fans of the film and 80’s music. It is a good family show and I’d imagine lots of hen-parties will enjoy the toned Gareth Gates stripping to his shorts. It was toe-tapping and got the audience standing by the end. I don’t think this is a must see for die-hard musical theatre fans, neither is it a rush out to get return tickets kind of show. However it is fun, catchy and an enjoyable evening out at the theatre.

Brilliant Gareth Gates, made the show for me, he shows that not only can he sing but he is quite funny... More

Brilliant Gareth Gates, made the show for me, he shows that not only can he sing but he is quite funny too.

The scores were so catchy! The cast was full of energy and was part of the band. A nice feel-good performance. More

The scores were so catchy! The cast was full of energy and was part of the band. A nice feel-good performance.

Footloose the Musical was a bit of a disappointment for me. There was lots of energy from the cast,... More

Footloose the Musical was a bit of a disappointment for me. There was lots of energy from the cast, however I found the script terrible! It was a tad too cheesy for my liking and the old clichés were being used in the script which didn’t really work for me. I was quite impressed with Gareth Gates performance however, though did find his portrayal of Will to be slightly over the top. Barring the title track and ‘Let’s Hear it for the Boys’ and ‘Holding Out for a Hero’, I’m afraid the songs were quite unmemorable and flat and some of the singing was pretty average. The audience however were on their feet at the end, dancing and clapping away – unfortunately, I didn’t feel the same enthusiasm for this one! 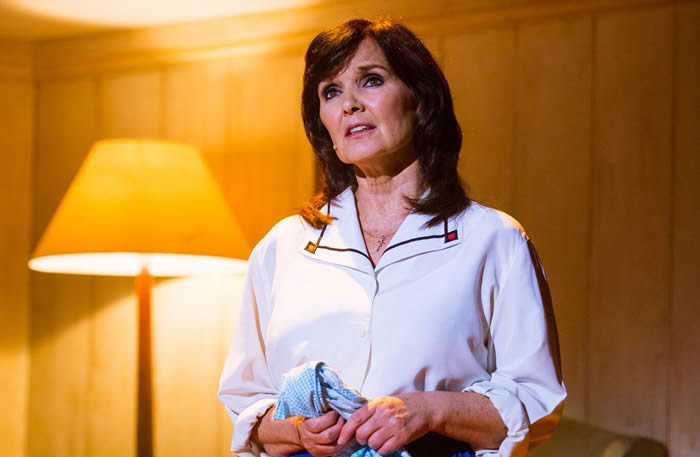 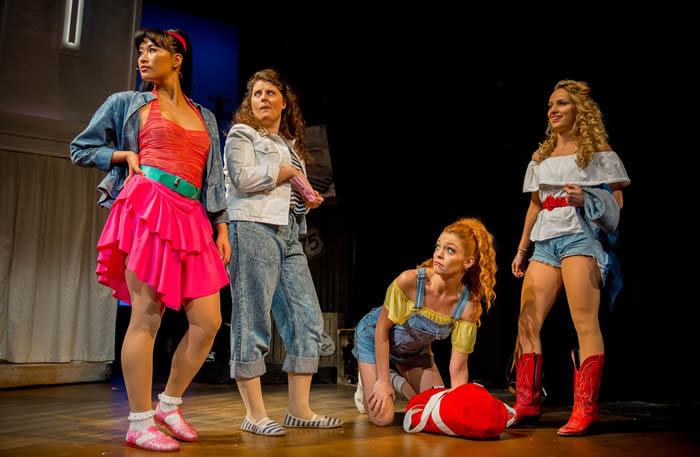 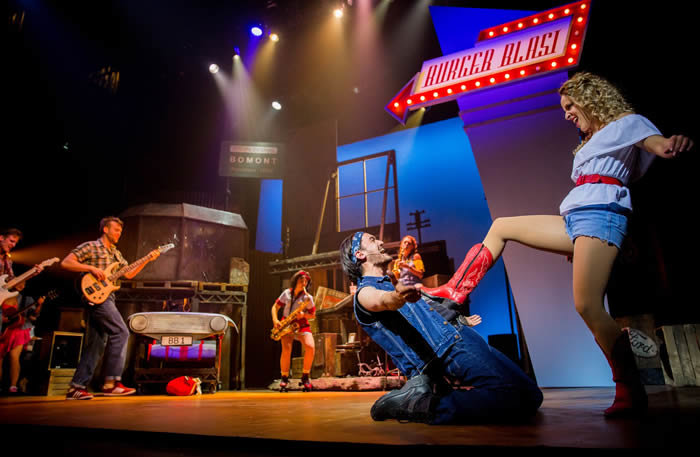 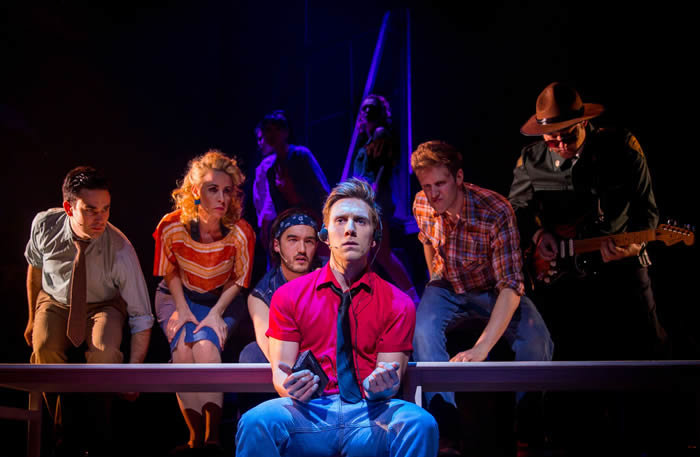 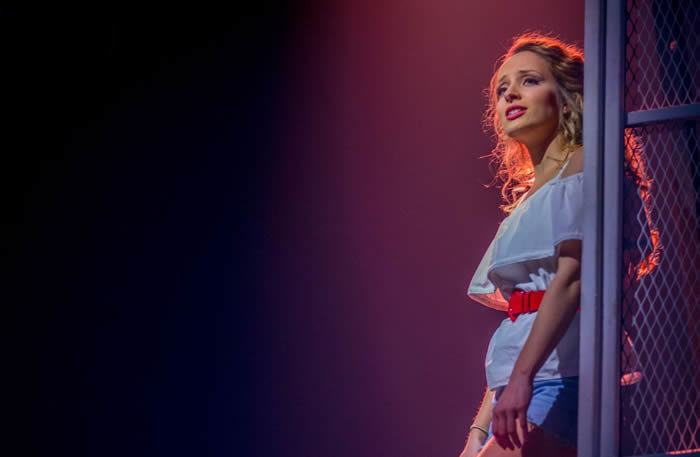 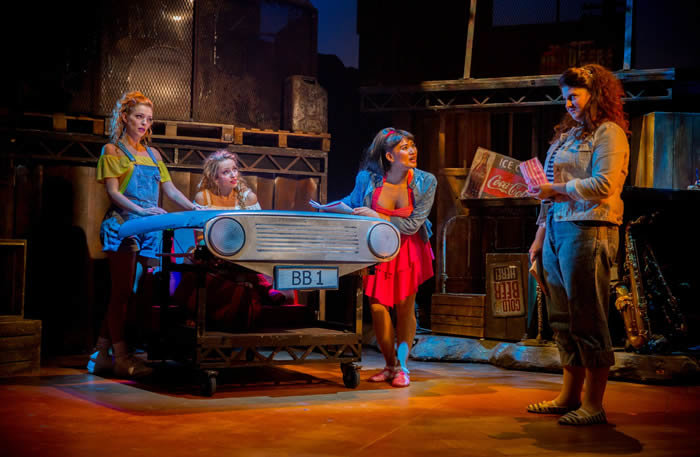 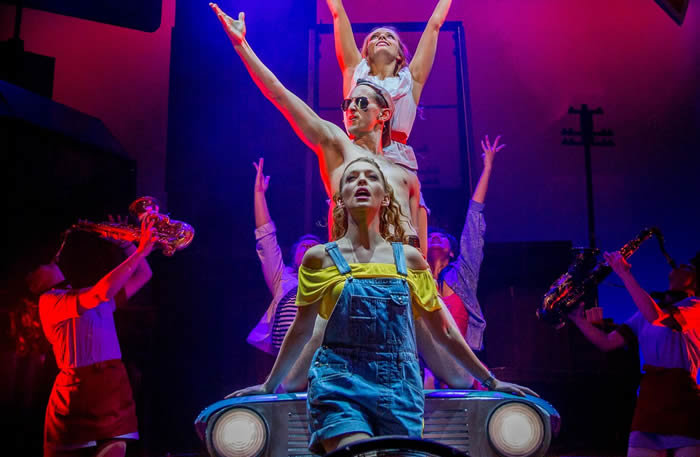 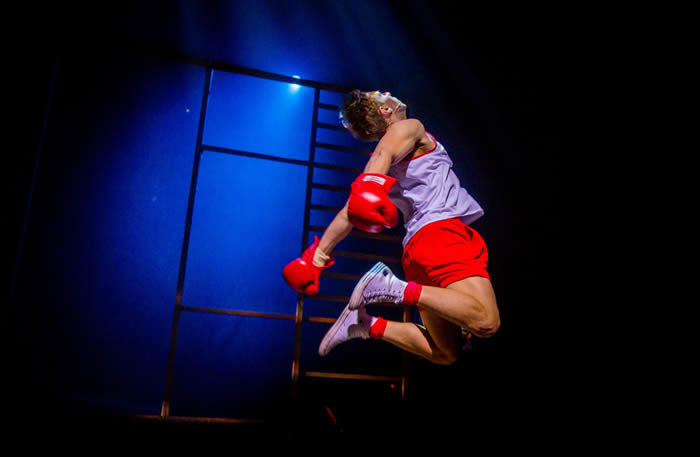 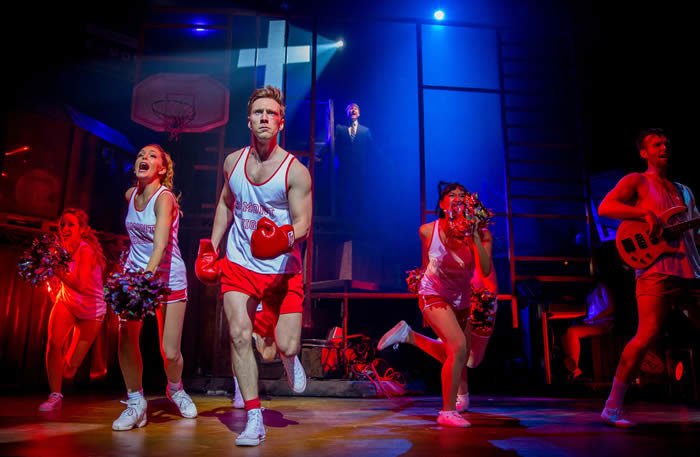 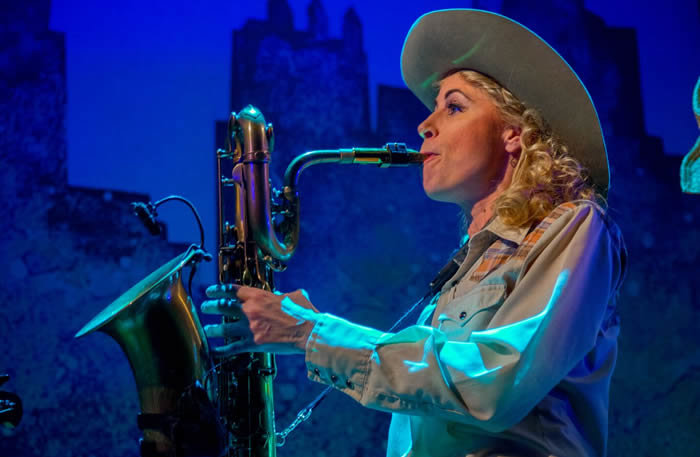 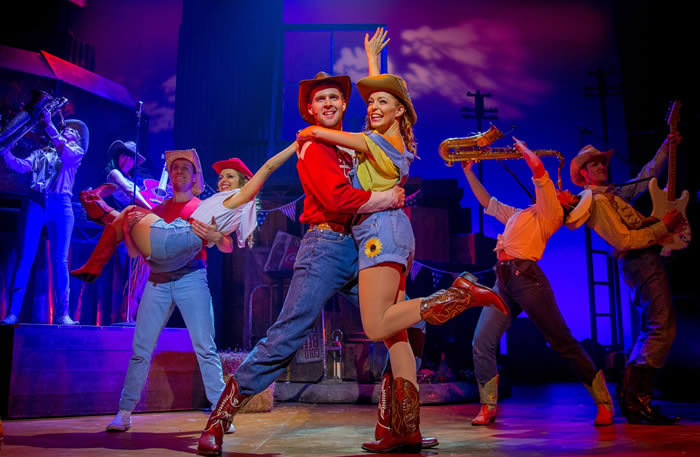 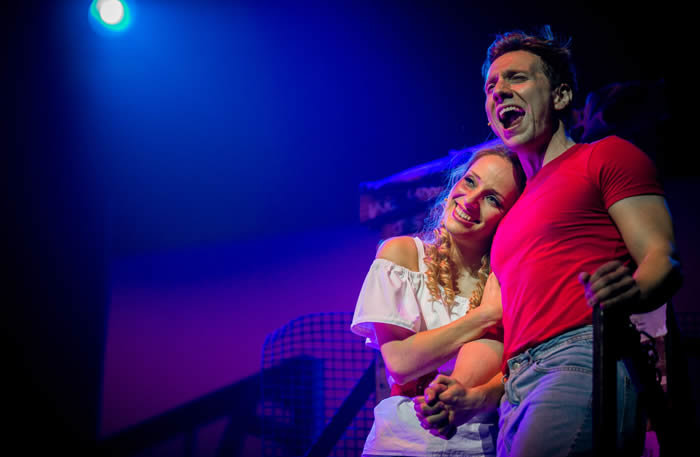 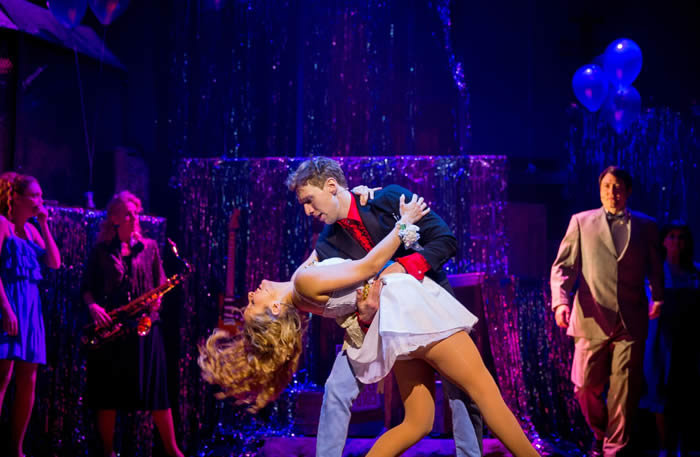 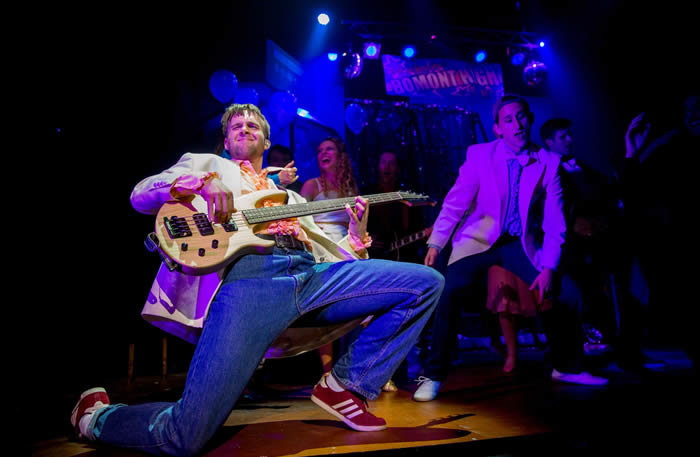 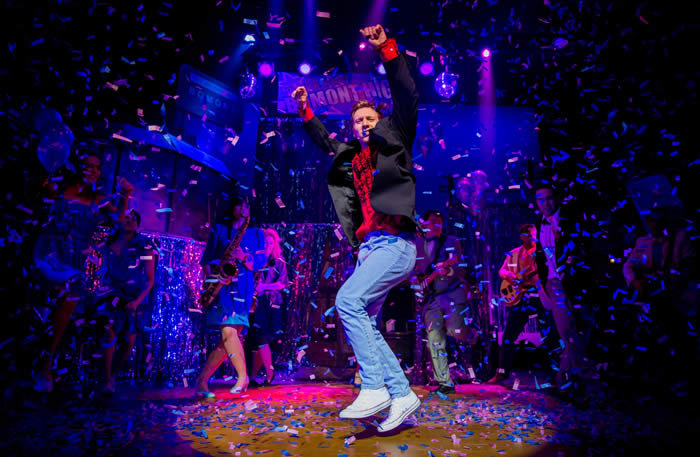 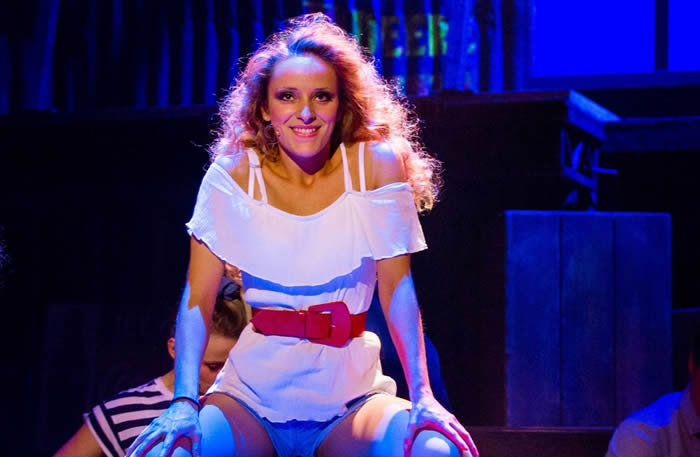