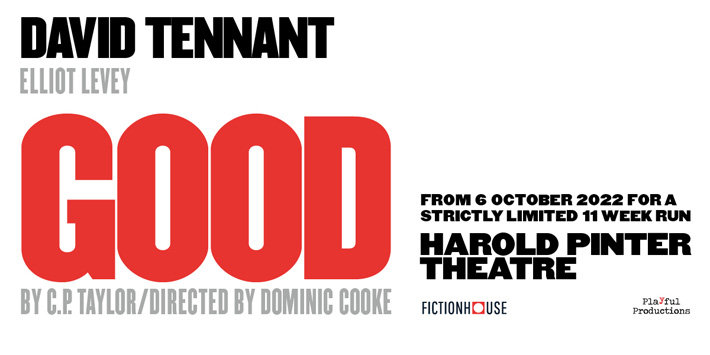 Doctor Who star David Tennant is a morally conflicted professor in a revival of C.P. Taylor’s Good. Chronicling the rise of Nazism and the ordinary people who supported it, this political classic runs at the Harold Pinter Theatre.

What makes a good man? John Halder seems to be one – he’s a decent, hardworking professor with a stable career and family. He’s also about to support Hitler’s Nazi regime as it tears through Europe. Casting a devastating eye over the citizens who propped up a fascist regime, Good play tickets will challenge you to question whether being good is more important than being right.

Delving into the psychological seduction that drew so many German citizens into supporting the unthinkable, Good at the Harold Pinter Theatre is a resonant and incisive play.

Good seat view photos show what view you will get for your money. Our users will start adding seat views when the show opens.