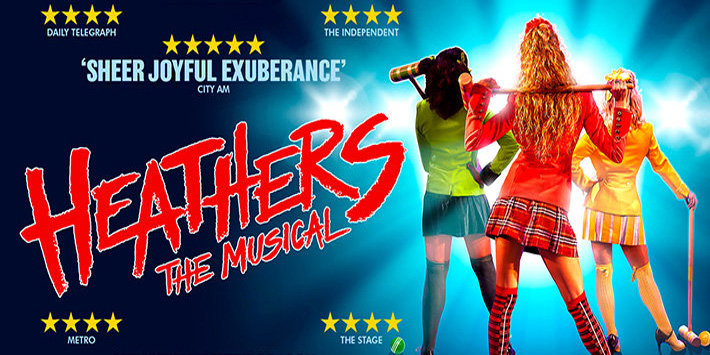 The Other Palace
1294 seat views

High school can be murder

The students of Westerburg High are back in the West End, bringing black comedy, teenage cliques and murderously good music to The Other Palace.

Based on the 1988 cult film starring Winona Ryder and Christian Slater, Heathers follows high school reject Veronica as she finds herself unexpectedly taken in by the popular but cruel Heathers. Her newfound social status is soon upset by teen rebel JD, however, and Veronica finds out that high school might actually be murder...

Heathers has become a hugely popular new musical in the UK, and is adapted for the stage by composer Laurence O’Keefe (Legally Blonde the Musical) and writer/lyricist Kevin Murphy.

Fans of the film can enjoy its biggest, bloodiest and most darkly hilarious moments reimagined with the help of irresistible songs including “Candy Store”, “Seventeen” and “Dead Girl Walking”.

At The Other Palace, Ailsa Davidson and Freddie King make their West End debuts as Veronica and JD, with Emma Kingston as Heather Chandler, Inez Budd as Heather Duke and Teleri Hughes as Heather McNamara.

Honey, what you waiting for? Join the clique with Heathers the Musical tickets and enjoy this killer show in its original West End home.

Age recommendation: Best for age 14+. Under 14s not permitted.

Heathers The Musical seat view photos show what view you will get for your money. Click 'book this seat' and we will search for availability for your chosen seat.

Earn Rewards points by adding your Heathers The Musical seat view photo! Use your points for Theatre Tokens and Encore Tickets vouchers and get money off your next theatre trip.

This musical is based on the 1989 coming-of-age movie that starred Winona Ryder, Christian Slater and... More

This musical is based on the 1989 coming-of-age movie that starred Winona Ryder, Christian Slater and Shannen Doherty. I haven’t seen the movie so cannot make any comparison to its faithfulness. Although this is a fast-paced musical comedy, it does raise the much darker subjects of teen suicide, sexual assault, bullying and homophobia. Veronica Sawyer is an ordinary 17 year old student at Westerberg High School in Sherwood, Ohio. She is friends with Martha, who is an easy target for the popular, mean girls: the three Heathers, and best friend jocks Ram and Kurt. One good deed from Veronica to the Heathers elevates her into their circle. However, when her loyalties are tested and she leaves the Heathers’ circle, her reputation is ridiculed. Enter JD, the charismatic and handsome new student who catches Veronica’s eye. But JD has his own vengeful agenda, leading Veronica down a very dark path from which there is no return. The cast are amazing, with energy and enthusiasm oozing from every part of the stage that makes you feel you are a student caught up in all the drama. But Veronica and Heather C. truly command your attention when they are on stage. The comedy moments are brilliantly provided by Kurt and Ram, who are typical lad’s lads pranksters, who think they are God’s gift but are thoroughly clueless. (So it’s karma that they spend the entire second act in only their underwear). A special mention has to be given the the role of Ms Fleming, who puts the spotlight on an unsuspecting audience member, as her ex-boyfriend Steve. For a small stage space, the staging is simple but highly effective in making it seem a lot larger than it actually is. The wall / lockers of the school rotate to create various locations throughout the show. But it is the dramatic musical numbers (often with comical or suggestive lyrics) that add dimension and depth to a scene. I couldn’t pick a favourite number, as they were all stand-out songs, delivered with power, high energy and emotion, but “Dead Girl Walking” really elevated that particular scene to a different level. For a coming-of-age show this is punchy, comical, erotic, but a thought-provoking piece of theatre that I would definitely mark as a ‘must see’.

Really great. Black high school comedy, quite shocking as we didnt know what it was about when we booked... More

Really great. Black high school comedy, quite shocking as we didnt know what it was about when we booked but did thoroughly enjoy it. Wouldn't recommend for kids.

My first time seeing it and omg I loved it so much. It’s got a bit of a cult following online so I knew... More

My first time seeing it and omg I loved it so much. It’s got a bit of a cult following online so I knew what I was in for based on listening to the cast recordings, but it really blew me away. So much energy from the cast and it’s lovely to see so many people making their West End debuts in this show.

Always a 5 star show for me. I’ve seen several cast changes of this show and not one has disappointed. More

Always a 5 star show for me. I’ve seen several cast changes of this show and not one has disappointed.

Incredibly fast paced production. Amazing cast - great songs and choreography. Quite scary plot but loved it and want to see it again

The storyline is interesting and dark. However, the show was great, I’m taking my friend to see it again... More

The storyline is interesting and dark. However, the show was great, I’m taking my friend to see it again later this year. The vocals were insane. Small theatre which felt like a rep theatre, nice vibe though. Audience involvement was funny and wouldn’t work in a large theatre. There was no safety curtain. 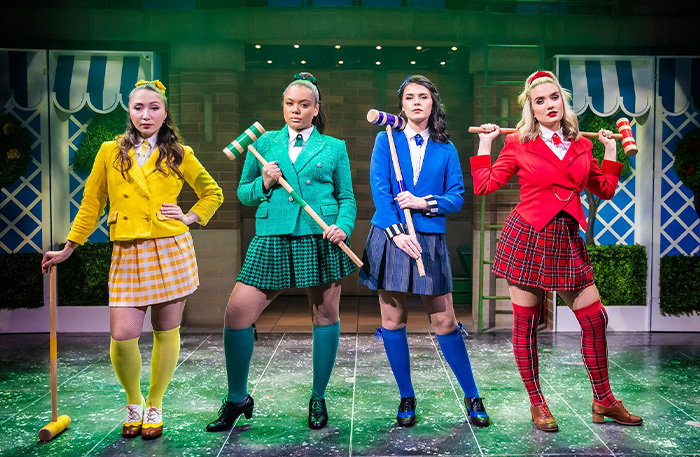 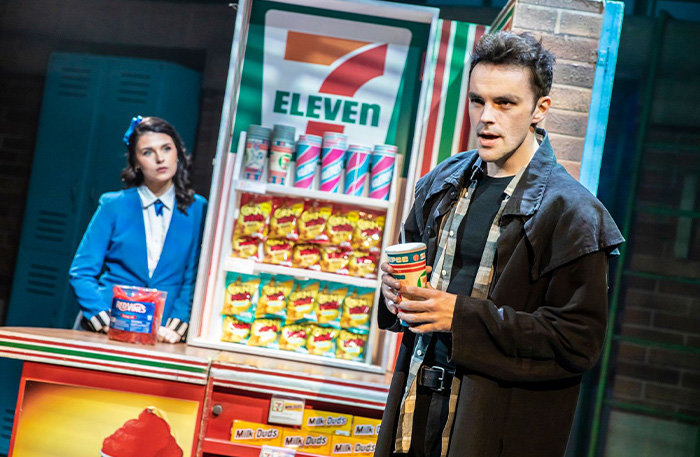 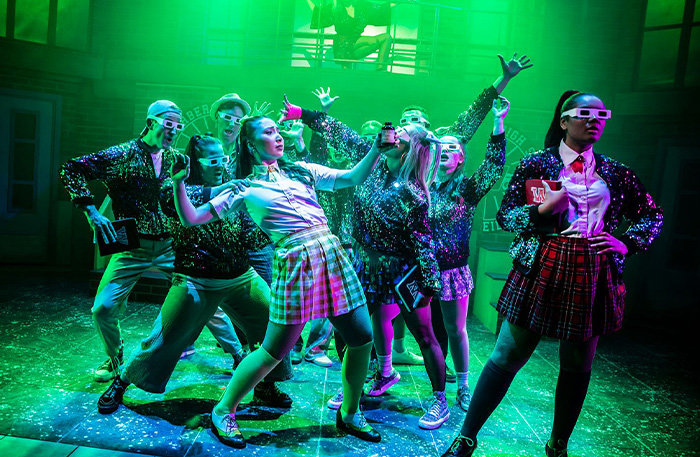 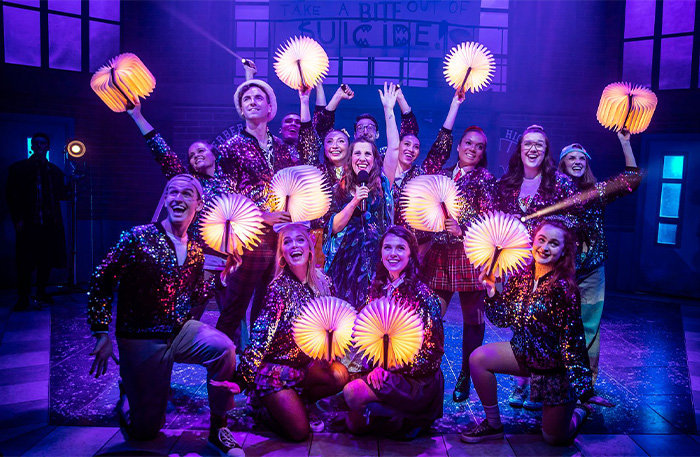 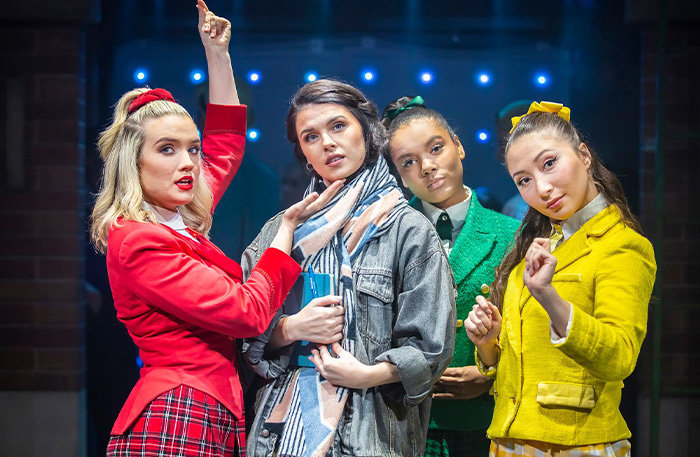