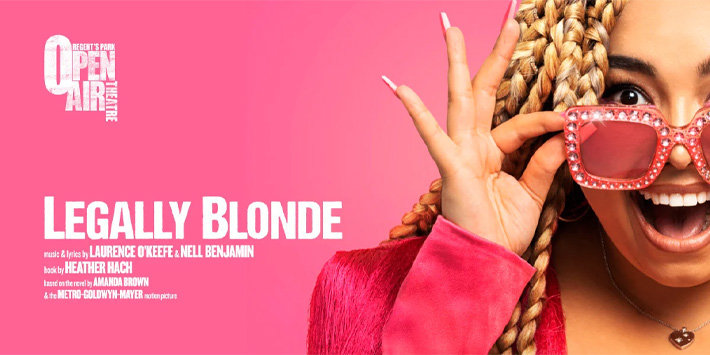 Based on Amanda Brown’s novel and the 2001 film starring Reese Witherspoon, Legally Blonde is the story of sorority girl Elle Woods, who joins Harvard Law School to win back her boyfriend. As she comes up against staff and students who dismiss her as a dumb blonde, Elle realises that she can use her passion for all things pink and fashionable in unexpected ways.

Legally Blonde at Regent’s Park is directed by Six the Musical co-creator Lucy Moss. The show’s catchy songs - including “Omigod You Guys”, “Positive” and “Delta Nu Nu Nu” - are by Laurence O'Keefe and Nell Benjamin. The musical's book is by Tony Award nominee Heather Hach.

Don’t wait to bend and snap up Legally Blonde musical tickets! Any Cosmo girl knows this timeless story about uplifting others and staying true to yourself is a must-see.

Sorry this show closed 02 July 2022, we recommend these similar productions.

Legally Blonde seat view photos show what view you will get for your money. Unfortunately we do not have any seat views for this show.