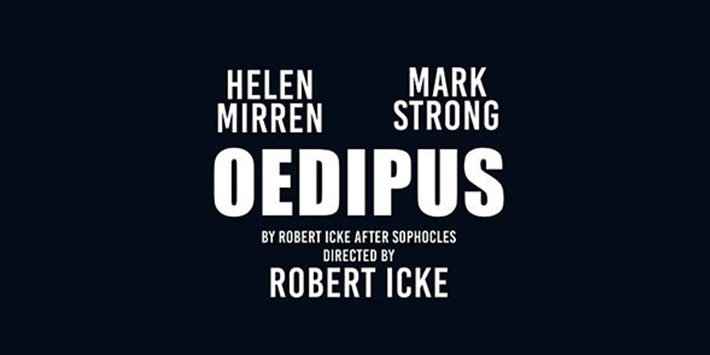 Dame Helen Mirren and Mark Strong will star in a chilling new version of Oedipus, the ancient Greek tragedy by Sophocles, opening in London soon.

Acclaimed director Robert Icke has transformed the ancient Greek hero into a modern-day political giant as he awaits the result of a tough election campaign. When a prediction is made that he will commit the most heinous of crimes, truths unravel and Oedipus must face the tragic consequences.

Mark Strong will play Oedipus, whilst Helen Mirren will play his mother, Jocasta. The story will be told in real-time as a clock counts down over two hours. The production is set to open in the near future. Venue and performance dates will be announced soon.

Mirren was last seen on stage in 2015 where she played Queen Elizabeth II in The Audience, for which she won an Olivier Award and a Tony Award. She previously won an Academy Award for playing the titular role in the 2006 film The Queen. Her other notable film roles include The Madness of King George, Gosford Park, The Last Station, and most recently The Good Liar with Ian McKellen.

Strong has previously collaborated with Icke on the 2016 production of The Red Barn at the National Theatre. On-screen he is best known for his roles in blockbusters including Kingsman, The Imitation Game, and Tinker Tailor Soldier Spy. He won an Olivier Award for his leading performance in the 2014 revival of Arthur Miller’s A View from the Bridge.

Icke’s Sophocles adaptation originated in the Netherlands, performed in Dutch by the International Theater Amsterdam company. The production played an acclaimed run at the Edinburgh International Festival last year. The London production will be re-worked and translated into English.

Writer-Director Icke is known for breathing new life into classic plays. His brilliantly modern productions of Oresteia, Hamlet, Mary Stuart, and The Doctor have all garnered critical acclaim, and with his revelatory updating, Oedipus looks set to follow suit.

Special notice: Fans of Greek mythology, political dramas and radical reinterpretations of classic texts should book for this hugely anticipated production. The star casting of Helen Mirren and Mark Strong make this an unmissable night at the theatre.