The Royal Court Theatre has a capacity of 389 seats, including 213 seats in the Stalls, 112 seats in the Circle and 64 seats in the Balcony. Use our interactive seating plan to view 396 seat reviews and 206 photos of views from seat.

The Royal Court is situated on Sloane Square and is the ultimate venue for new writing. Opening in 1870, the building has experienced a variety of names such as the New Chelsea Theatre, the Belgravia and the Court. In 1888, the building was demolished and rebuilt by Walter Emden and Bertie Crewe, who renamed it the New Court.

After a brief period as a cinema, the theatre was damaged by a bomb in WWII and closed. It was later refurbished and in 1956, the theatre entered a golden age as it became the home of the English Stage Company lead by George Devine. It also premiered John Osborne’s hugely radical and famous Look Back in Anger, which changed the face of British theatre forever.

The upstairs space opened in 1969 and premiered The Rocky Horror Show, but the theatre was threatened with closure in 1995. After receiving lottery funding, the venue underwent major refurbishment and reopened in 2000 as the Royal Court.

Compromising the large 400-seat Jerwood Theatre Downstairs and the intimate 90-seat Jerwood Theatre Upstairs, there is flexible seating which varies from show to show. Jerwood Downstairs is split across three levels, which include the Stalls, Circle and Balcony. As it is a relatively small theatre, it offers very good views throughout the auditorium.

Sit in the Balcony for good views for cheaper prices. Alternatively, the Slips in the Circle are moderately priced for a decent view.

Sit in the Stalls for the best view of the entire stage. A decent rake allows for great views throughout this section, and an intimate auditorium allows for close-up views no matter where you are sat. Alternatively, the Circle is a great place to sit for a good overall view of the stage. 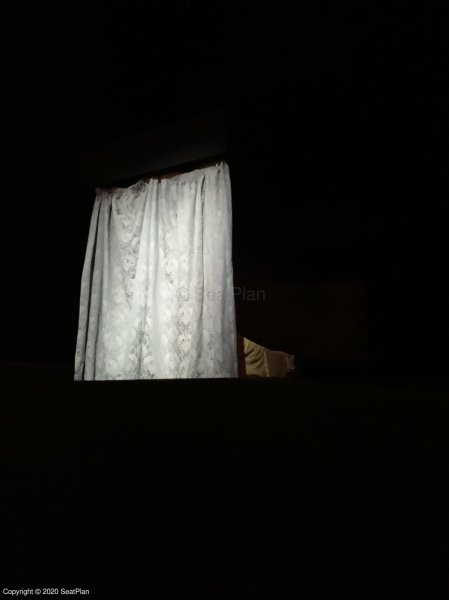 This seat is reasonably comfortable, but it is quite small so I did feel cramped between the two people sitting beside me. Legroom was okay, but a little limited as the stage is close in front. However, both were reasonable enough that they didn’t impact... More

This seat is on the front row of the (lower) circle, 2 seats in from the left. It is sold as 'partial restricted view due to the curve of the circle'. Whilst there is a very slight restriction, I wouldn't say that it is significant enough to disrupt most... More

The seat is in the front row, off to one side, so the safety rail cut across my view of the bottom left of the stage, although you don't miss anything. If you are taller, this probably wouldn't be an issue. Otherwise it has a clear view of the stage. More