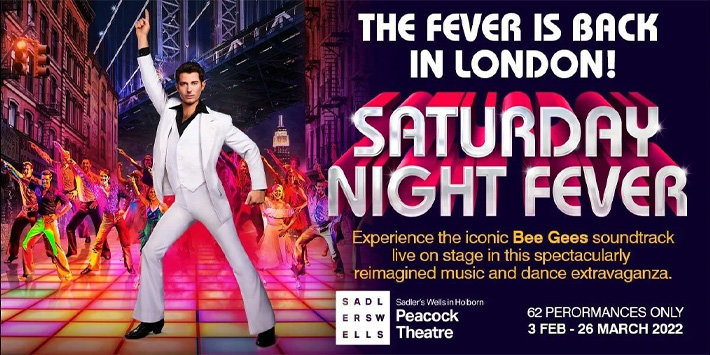 Channelling the moves and grooves of John Travolta on the London stage, the musical follows Italian-American Tony Manero, who dreams of escaping the harsh realities of life in working-class Brooklyn. When he meets Stephanie on one of his nights out at the disco, they team up for a reckless but exciting journey to dance success.

Featuring songs from the Bee Gees’ soundtrack including “Stayin’ Alive”, “Tragedy” and “More Than a Woman” alongside disco hits from the ‘70s, this spectacular homage to the film is a fast-footed, nostalgic crowd-pleaser. It stops in London as part of a brand-new nationwide tour in 2022.

With more drama, more tunes and toe-tapping new choreography all packed into this electric show, you’ll find yourself strapping on your own “Boogie Shoes” with Saturday Night Fever tickets!

Saturday Night Fever seat view photos show what view you will get for your money. Our users will start adding seat views when the show opens.