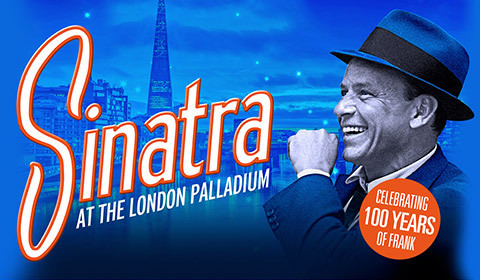 London Palladium
18 seat views
Sinatra: The Man and His Music is the tribute concert to end all tribute concerts. Conceived to mark the centenary of the iconic performer this multimedia spectacular goes one step better than a mere impersonator and using state of the art technology presents audiences with the man himself projected on a large screen.

This show has the blessing of the Sinatra family with Nancy Sinatra commenting "It’s not other people doing Frank; it’s Frank doing Fran." Audiences are treated to all of Sinatra’s classic hits including “I Got You Under My Skin,” “Funny Face,” “Blue Moon,” “New York, New York,” “Come Fly With Me” and “My Way” accompanied by a live 24 piece orchestra and dancers. Be transported through the career of Sinatra as the show stopping numbers, featuring copious amounts of razzle dazzle, are interspersed with interviews and never before seen footage.

Frank Sinatra remains one of the world’s best loved performers and one of the bestselling artists of all time. The most famous member of the iconic rat pack which also included Sammy Davis Junior and Dean Martin, Sinatra also pursued a successful acting career being awarded with an Academy Award for best supporting actor for his performance in From Here to Eternity.

This joyous celebration of Sinatra’s life and career makes the audience feel as though they have travelled back in time to a golden era and are hearing the actual famous crooner perform live with a big band.

65 years after he made his UK debut there, Frank Sinatra is returned to the stage of the London Palladium. Celebrate Sinatra’s centenary in style!

Special notice: Obviously this production is pure heaven for fans of Frank Sinatra and the closest thing these days to seeing this legend live. Suitable for Sinatra fans of all ages, however please note the Palladium will not admit children under 5.

Sorry this show closed 10 October 2015, we recommend these similar productions.

SeatPlan Recommends: Avoid sitting at the back of the Stalls where your view of the projection of Frank may be slightly obscured. 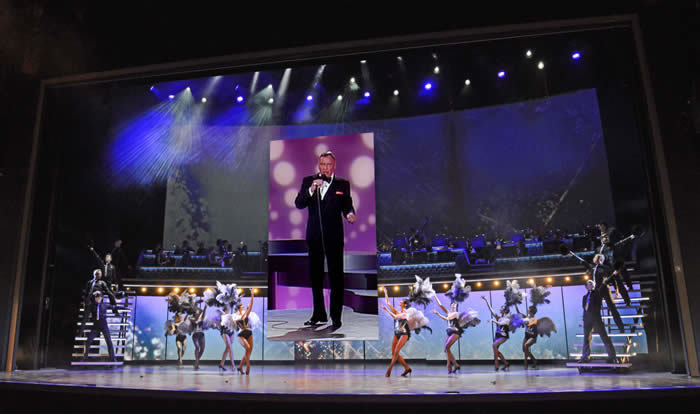 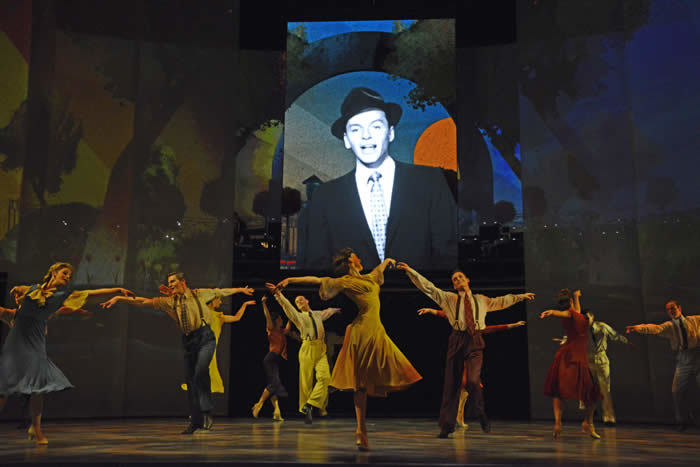 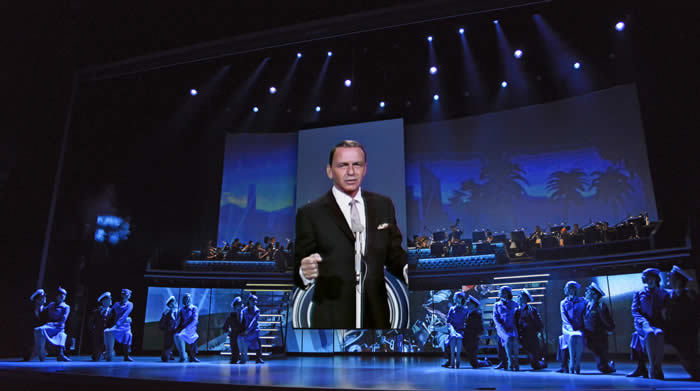 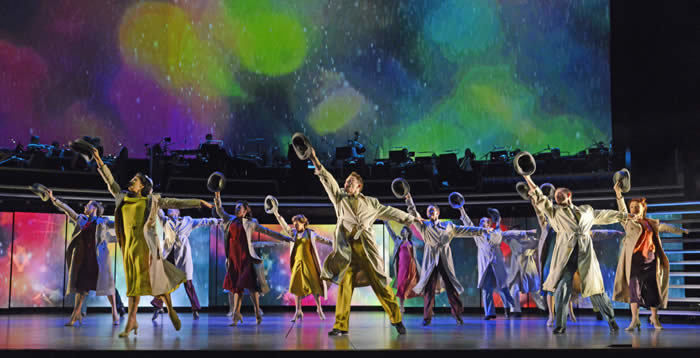