Singin' In The Rain tickets

Beloved classic dances back to London

Singin’ in the Rain dances its way into Sadler’s Wells this summer, following smash-hit seasons in Chichester and the West End. Expect all of the energy and whimsy of the iconic film when this irresistible musical returns to London for a limited run from July 2021.

A masterpiece of American cinema, Singin' in the Rain is often regarded as one of the best films of all time, receiving two Academy Award nominations when it premiered in 1952 and featuring on countless 'Best Of' lists ever since. Set to the unbeatable MGM score including “Make ‘em Laugh” and “Singin’ in the Rain”, Jonathan Church’s acclaimed stage production is a perfect tribute to this beloved film.

Adam Cooper reprises his role as Don Lockwood, following in the deft footsteps of Gene Kelly. Amongst his many stage credits, Cooper is best known for originating the lead in Matthew Bourne’s ground-breaking and radical interpretation of Swan Lake in 1995. He is joined by Strictly Come Dancing professional Kevin Clifton, Steps' Faye Tozer, Charlotte Gooch & Cavin Cornwall.

With pitch-perfect wit, an abundance of charm, and over 14,000 litres of water used on stage each night, don't miss Singin’ in the Rain tickets to be swept away by this classic musical at Sadler’s Wells.

Special notice: Faye Tozer will not appear in performances on Friday 6, Saturday 7 and Tuesday 10 August. Jenny Gayner, who plays Lina on UK and International tour, will perform on these dates.

This production contains flashing lights and use of strobe. Please note that smoke, flashes and water are all used in the production. If you purchase tickets in Stalls rows DD and CC you may get wet!

Singin' In The Rain seat view photos show what view you will get for your money. Click 'book this seat' and we will search for availability for your chosen seat. 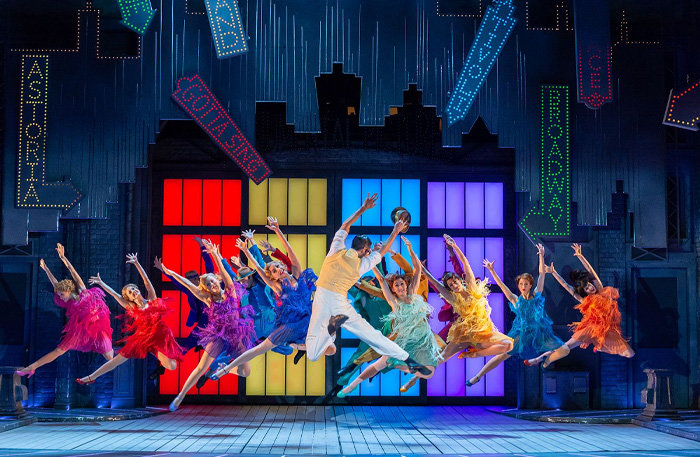 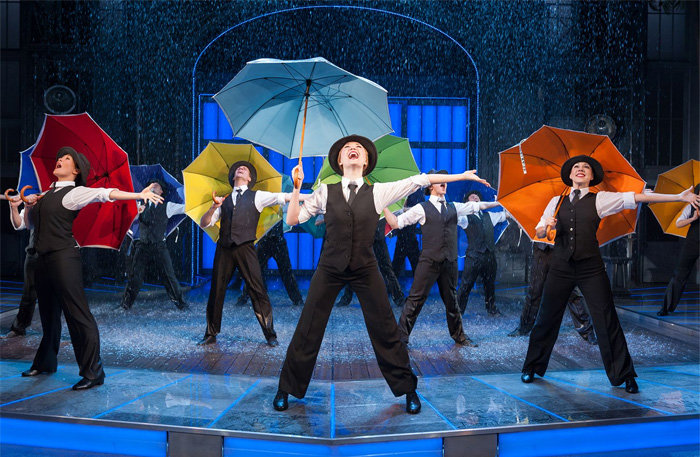