Harold Pinter Theatre
63 seat views
“I want to propose a toast to Stanley, because it's his birthday...”

Ian Rickson (The Goat, or Who is Sylvia?) directs a stellar cast in a highly anticipated 60th anniversary revival of Harold Pinter's darkly comic masterpiece, The Birthday Party, set to be one of the hottest tickets in town. Originally premiering in Cambridge in 1958, before transferring to London in the following year, the comedy of menace now returns to the West End once more, playing a limited 14-week season at the Harold Pinter Theatre.

Well-known for the 1968 film starring Robert Shaw, The Birthday Party is Pinter's second full-length work that focuses on the absurdities of the every day. Stanley Webber is the only lodger at Meg and Petey Boles' quiet, slumbering seaside boarding house. But when two enigmatic strangers, Goldberg and McCann, arrive and threaten to disturb the peace, a seemingly innocent birthday party is turned into a terrifying nightmare.

Tony Award-nominated actress Zoë Wanamaker CBE stars as Meg, after most recently appearing on stage to great acclaim in Kenneth Branagh's Harlequinade at the Garrick Theatre. Well-known for her television roles in My Family and the Harry Potter series, Wanamaker's stage credits also include Passion Play.

Golden Globe Award-nominated Toby Jones (Sherlock, The Hunger Games, Captain America) stars as Stanley, opposite Stephen Mangan (Green Wing, Episodes, Jeeves and Wooster) as Goldberg. Pearl Mackie (Doctor Who, The Curious Incident of the Dog in the Night-Time) also joins the cast, alongside Peter Wight as Petey Bowles and Tom Vaughan-Lawlor as McCann.

The Birthday Party is directed by Ian Rickson, who recently directed Damian Lewis in a revival of The Goat, or Who is Sylvia? at the Theatre Royal Haymarket. Reuniting with Sonia Friedman Productions, the production follows his success with Betrayal and Old Times, and features design by the Quay Brothers, lighting design by Hugh Vanstone and sound design by Simon Baker, with original music by Stephen Warbeck.

Promising to be a dark, absurd and hilarious revival of a widely-acclaimed play, The Birthday Party plays for a limited season at the Harold Pinter Theatre, from January 9th to April 14th 2018, with an official press night on January 18th 2018. With its all star cast this is sure to be a hit, so don't miss out and book your The Birthday Party tickets now.

Special notice: This is a great opportunity to get tickets to see three highly acclaimed comedy actors take to the stage in one of Pinter's most regarded plays! Those who had tickets to The Goat, or Who is Sylvia? at the Theatre Royal Haymarket will enjoy Rickson's take on this darkly comic masterpiece.

SeatPlan Recommends: Seats throughout the Harold Pinter Theatre are generally good, due to a very steep rake throughout. Be aware of pillars in the Royal Circle, although these can often be bought at bargain prices and only partially affect the view.

Seats in the front of the Royal Circle and Stalls offer the best views, but be aware that legroom throughout this venue is very limited.

It was a gripping show and I thought the performances from all of the cast members were very stro... More

It was a gripping show and I thought the performances from all of the cast members were very strong. The story itself was very interesting.

The Birthday Party is my all time favourite play and this production of it did the play justice.... More

The Birthday Party is my all time favourite play and this production of it did the play justice. Excellent acting from an excellent cast.

This is the second Pinter I’ve watched. They are definitely an acquired taste. However, I did enj... More

This is the second Pinter I’ve watched. They are definitely an acquired taste. However, I did enjoy the play very much, and the acting, as you would expect, was superb from Toby Jones, Stephen Mangan and the rest of the cast.

Love a bit of Pinter when it's well done, and this definitely was. Stephen Mangan and Tom Vaughan... More

Love a bit of Pinter when it's well done, and this definitely was. Stephen Mangan and Tom Vaughan-Lawlor were incredible as Goldberg and McCann. Just amazing. So powerfully in step with each other in the interrogation scenes. A real masterclass.

Great performances and if you like Pinter, you'll love this production. If you don't love Pinter,... More

Great performances and if you like Pinter, you'll love this production. If you don't love Pinter, it will probably irritate you, because it's bizarre and inconclusive. 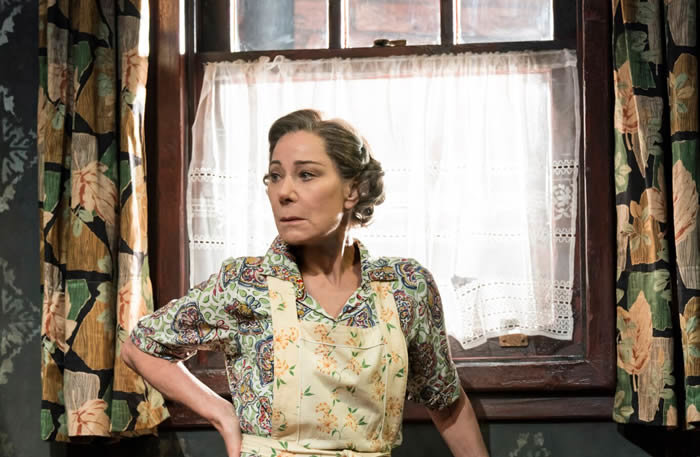 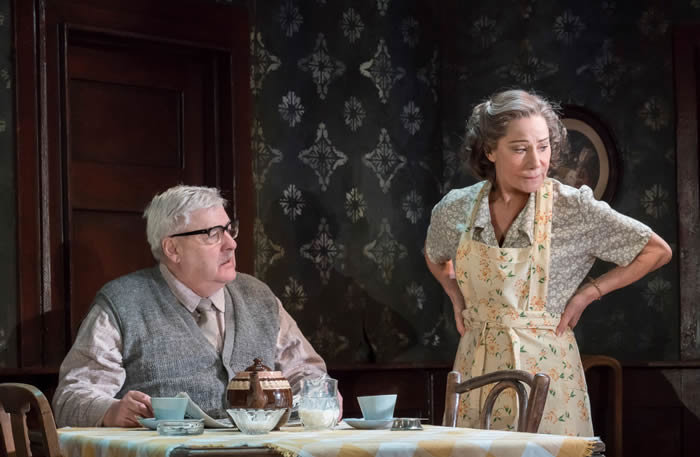 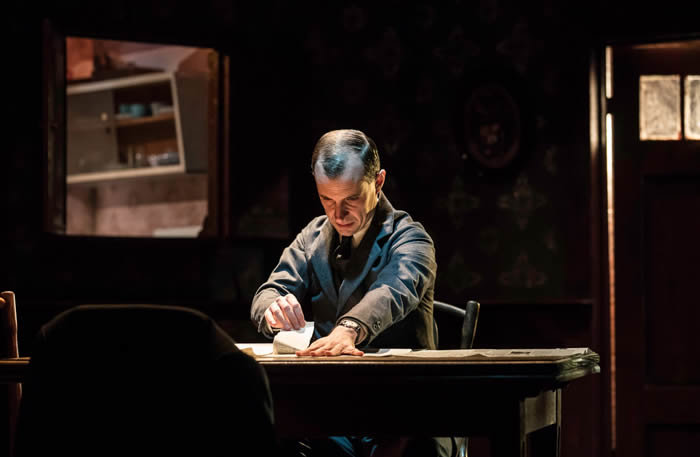 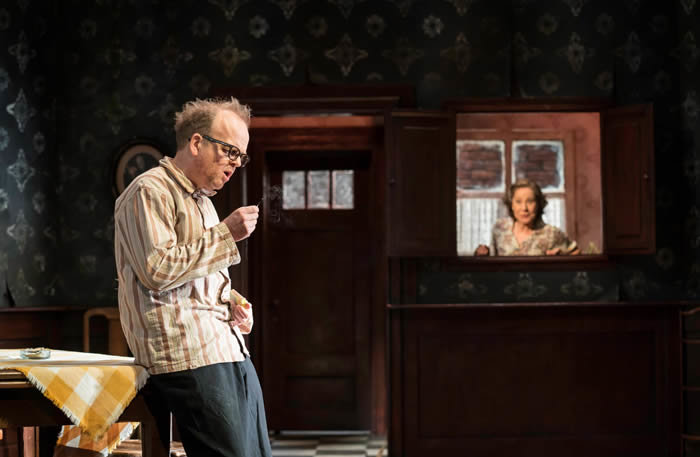 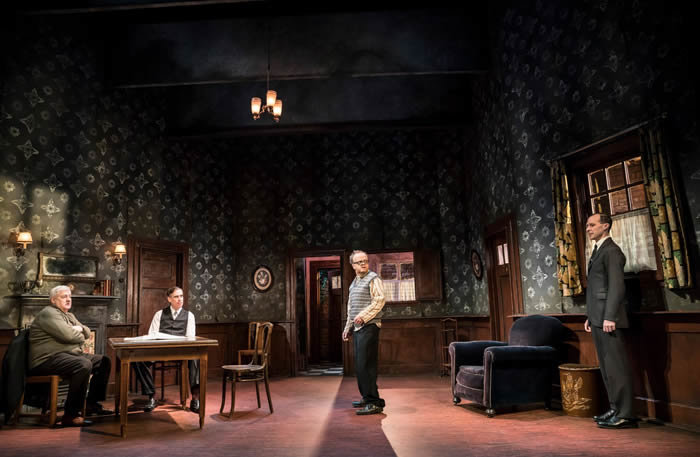 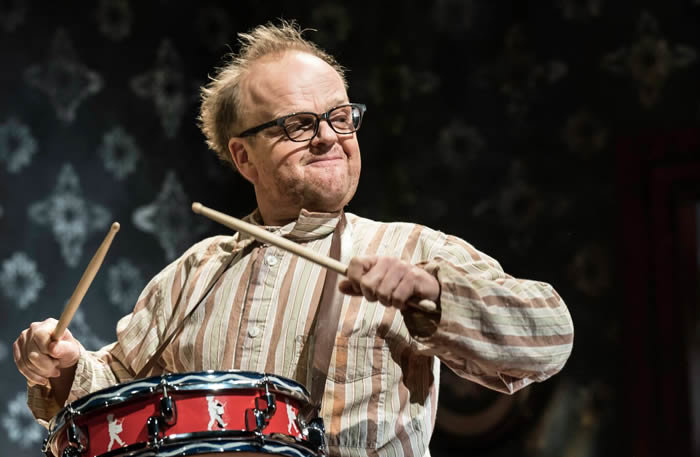 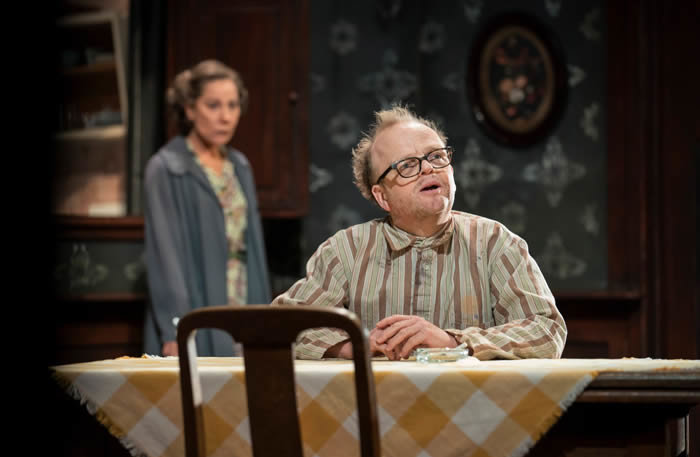 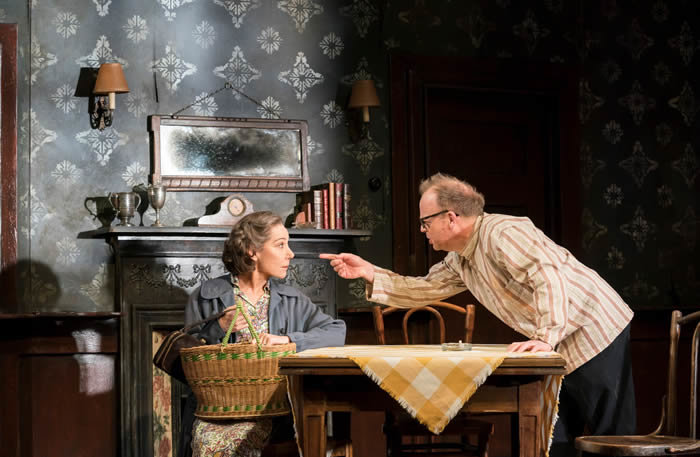 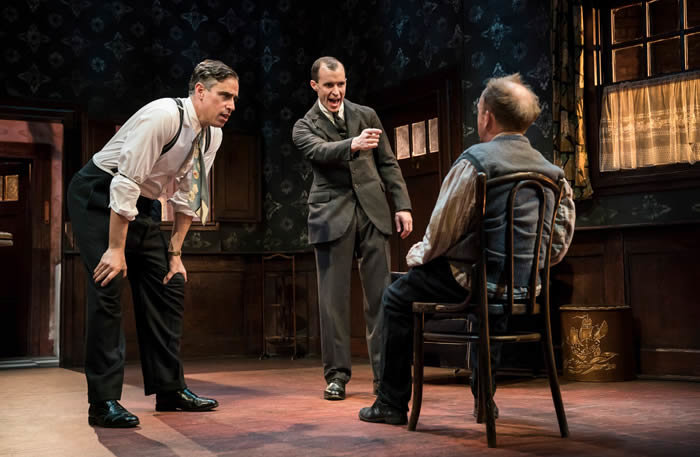 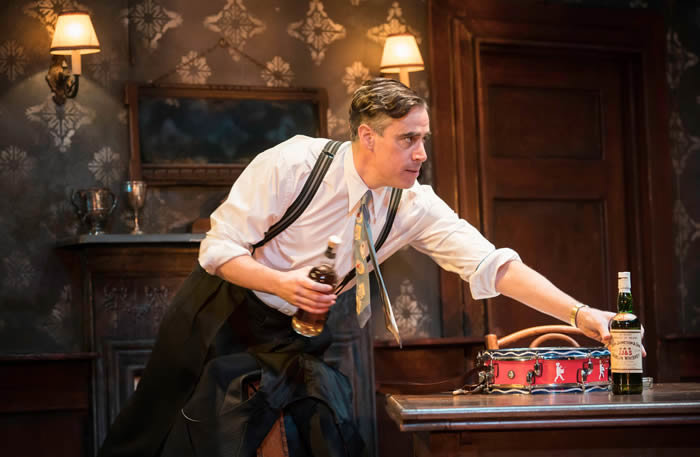 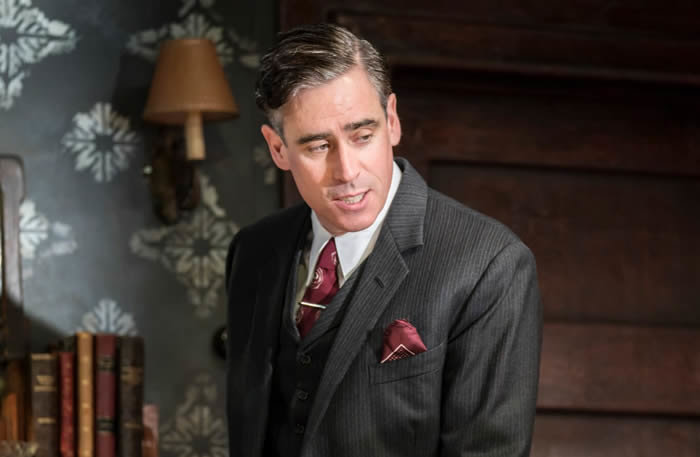 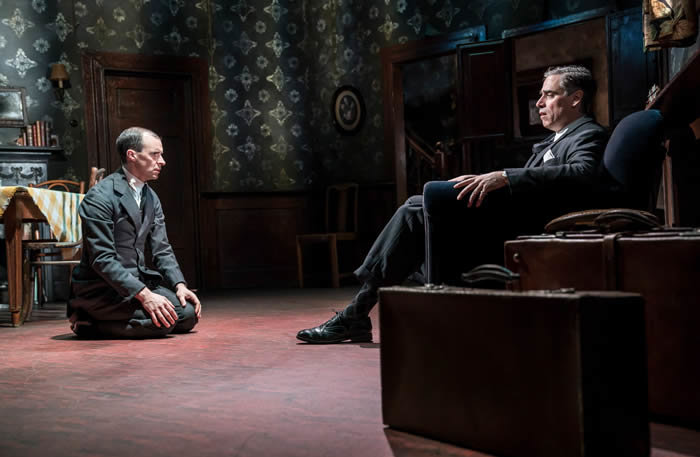 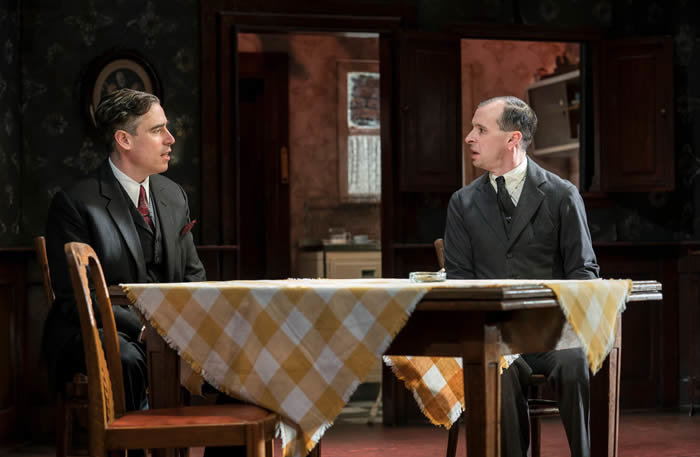 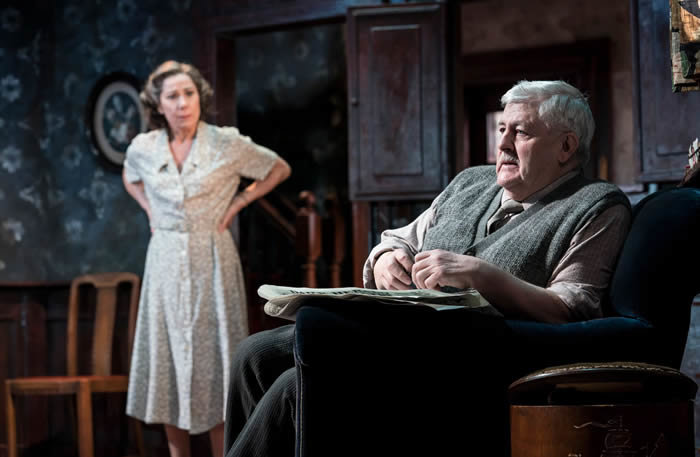 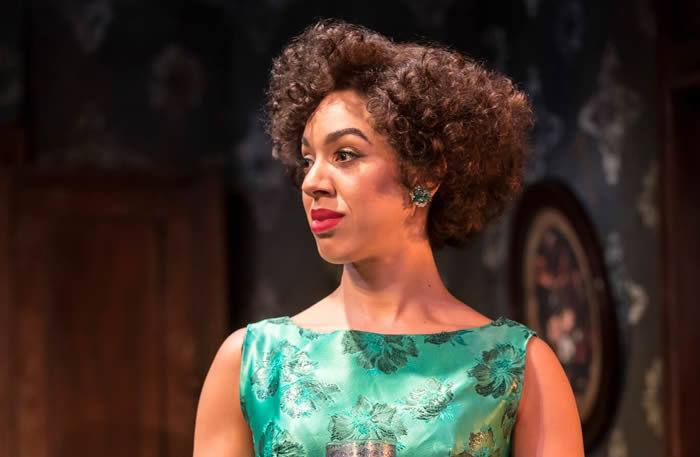 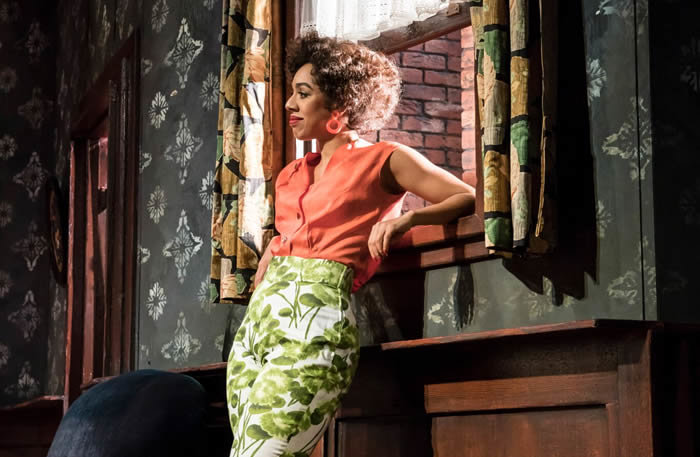