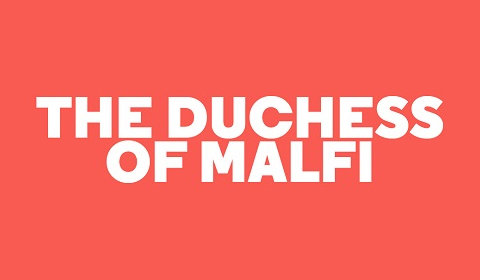 The Duchess Of Malfi tickets

The Duchess of Malfi will open at the Almeida Theatre in Islington.

The show begins previews on 2 December 2019.

The Duchess of Malfi is a famously blood-soaked revenge tragedy by 17th century playwright John Webster.

Focusing on the deadly ties of family and reputation, the play opens with the titular Duchess declaring love to her steward Antonio – and earning the rage of her jealous, controlling brothers. With danger nipping at her heels and a twisted plot for revenge looming large, the Duchess must defend her agency and her life.

Lydia Wilson stars as the Duchess, having previously appeared at the Almeida Theatre in King Charles III. Starring as Kate, she was nominated for an Olivier Award in Mike Bartlett’s satirical Shakespearean drama.

Wilson is joined by Michael Marcus as the Cardinal, Jack Riddford as Ferdinand, Khalid Abdalla as Antonio, Leo Bill as Bosola and Ioanna Kimbook as Cariola.

Director Rebecca Frecknall is an Associate of the Almeida Theatre, delivering Olivier Award-winning productions of Summer and Smoke and Three Sisters at the venue.

The running time will be confirmed at a later date.

Special notice: Fans of Rebecca Frecknall’s Olivier Award winning revivals of Summer and Smoke and Three Sisters should book tickets for The Duchess of Malfi at the Almeida Theatre. Any fans of Shakespeare’s darker tragedies will also enjoy the show.

Sorry this show closed 25 January 2020, we recommend these similar productions.

The Duchess Of Malfi seat view photos show what view you will get for your money. Unfortunately we do not have any seat views for this show.