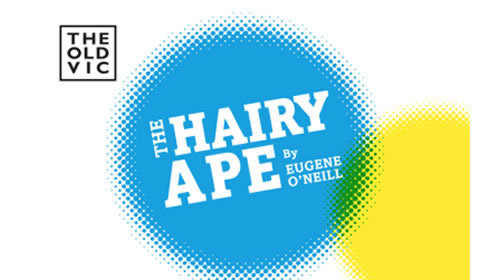 The Hairy Ape tells the story of Yank, a labourer proud of his status as the strongest stoker on any transatlantic ocean liner. But when Yank is called a ‘filthy beast’ by the uppity daughter of a steel merchant, he realises an awakening of his conscious that leads him on a journey through the wealthy neighbourhoods and marginalised underbelly of New York society. Desperately searching for somewhere to belong, Yank must first confront primal questions about his true place in the world.

Bertie Carvel stars as Yank, after recently appearing in Doctor Foster and Jonathan Strange & Mr Norrell. Further credits include originating the role of Miss Trunchbull in Matilda on both the West End and Broadway, for which he received an Olivier Award for Best Actor in a Musical and a Drama Desk Award. Further cast members include Adam Burton as Secretary, Buffy Davis as Aunt, Callum Dixon as Long, Steffan Rhodri (The Mentalists) as Paddy, Rosie Sheehy as Mildred and Nicholas Karimi as Second Engineer.

Brought to the stage by a visionary of British theatre, The Hairy Ape features choreography by Aletta Collins, lighting design by Mimi Jordan Sherin and sound design by Sarah Angliss. An exciting opportunity to see a revamped version of O’Neill’s classic text, The Hairy Ape opens at the Old Vic Theatre in October 2015 for a strictly limited season.

Special notice: Fans of Bertie Carvel will relish the opportunity to see him live on stage, whilst fan of O’Neill’s text will enjoy Jones’ revamped version. The Hairy Ape is not suitable for children.

Sorry this show closed 21 November 2015, we recommend these similar productions.

SeatPlan Recommends: Seats at the Old Vic Theatre offer generally good views, but the Stalls are always the best option for those wishing for the best view. Pick seats in the higher tiers for some hidden bargains!

Nobody has added a seat view photo for The Hairy Ape at Old Vic Theatre yet, please be the first to share your experience.
Your basket is empty.