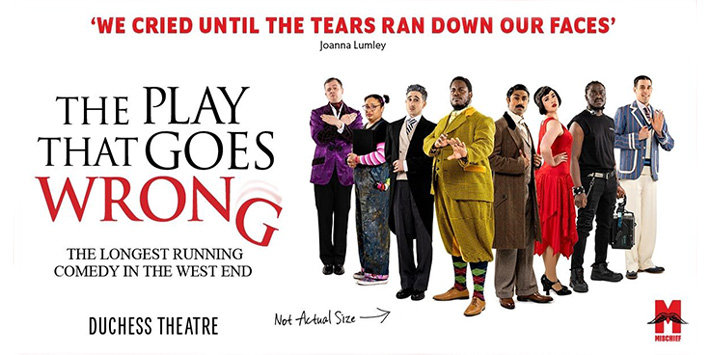 The Play That Goes Wrong Tickets

What happens when you combine a murder mystery and a comic farce? Mischief Theatre’s catastrophic, Olivier Award-winning The Play That Goes Wrong!

The Cornley Polytechnic Drama Society is staging its latest production, The Murder at Haversham Manor. But in the hands of these accident-prone actors, everything that can go wrong does! The cast battle through faulty sets, fluffed lines and more in a desperate bid to bring the play to its thrilling - and hilarious - conclusion.

Mischief Theatre have taken theatreland by storm with several award-winning comedies, and The Play That Goes Wrong London production has been tickling audiences’ funny bones since 2014. Other hit shows from the team include The Comedy About a Bank Robbery and Magic Goes Wrong.

Guaranteed to leave you giggling all the way home, The Play That Goes Wrong tickets are perfect for a slice of escapist comedy

Age recommendation: Best for age 8+. Children under 5 not permitted.

The Play That Goes Wrong tickets

SeatPlan Recommends: Audience members in the stalls may be called upon for some pre-show antics, especially those towards the end of the rows. Choose seats on the left-hand side of the auditorium to be able to see inside 'Trevor's Box', where some secondary action takes place.

Earn Rewards points by adding your The Play That Goes Wrong seat view photo! Use your points for Theatre Tokens and Encore Tickets vouchers and get money off your next theatre trip.

Brilliant funny show. Guaranteed fun night at the theatre. The whole cast were fantastic. Strongly recommend getting to the theatre as early as you can as the actors are interacting on stage and with the audience before the show even starts.

He enjoyed every minute of the show. This being the first play that he has seen. He would highl... More

He enjoyed every minute of the show. This being the first play that he has seen. He would highly recommend it to other children over 8 years old.

The Cornley Polytechnic Drama Society are putting on a highly polished, award-winning theatre production that they have honed, to perfection, with a fine tooth comb…Yeah, right! It is nothing but one unmitigated disaster after another: poorly designed sets, messed up lines, misplaced props, impromptu understudies; ostensibly it’s full on chaos and mayhem from beginning to end. (The biggest disappointment, for me, was that Tom Cruise was not performing). Mischief Theatre, the brains behind this show, are truly everything that Cornley Polytechnic Drama Society are not. The absolute genius, and comic timing from the cast is sublime, and worth every rib-splitting ache from the constant laughter. The bar is set high, the pace is set fast, and there’s no letting up for you to breath; so it’s best just to surrender to those happy tears. This is definitely a show I could watch over and over until such times that Cornley Polytechnic Drama Society give a faultless performance, then I shall just listen to Duran Duran CDs instead. Each and every member of the cast was thoroughly deserving of the thunderous, and never-ending ovation they received.

A fantastic show with many laughs and silliness. Even before the show starts some cast members ar... More

A fantastic show with many laughs and silliness. Even before the show starts some cast members are scurrying around and interacting with the audience. A must see show. Highly recommended for a great night out

AMAZING! This show is a masterpiece and entertained the hell out of me. The set is so cleverly de... More

AMAZING! This show is a masterpiece and entertained the hell out of me. The set is so cleverly designed that although ‘Goes Wrong’ is in the name you are genuinely surprised and shocked when something does happen. This is also down to the fantastic actors who do some try incredible things during this show that stunned us. This show made me laugh more than I ever have at a show and went far beyond my expectations. All in all, a phenomenal show that took my breath away (with laughter and surprise). Can’t wait to see what Mischief Theatre do next!!

There were, as the reviews say, some people crying with laughter. For me it was more like snorts... More

There were, as the reviews say, some people crying with laughter. For me it was more like snorts of amusement, but then I'm not the demonstrative type. Great performances and great chaos. I have to add though, that while bag checks happen everywhere, this was the first time I was actually frisked on the way in! Luckily, they didn't find my camera. 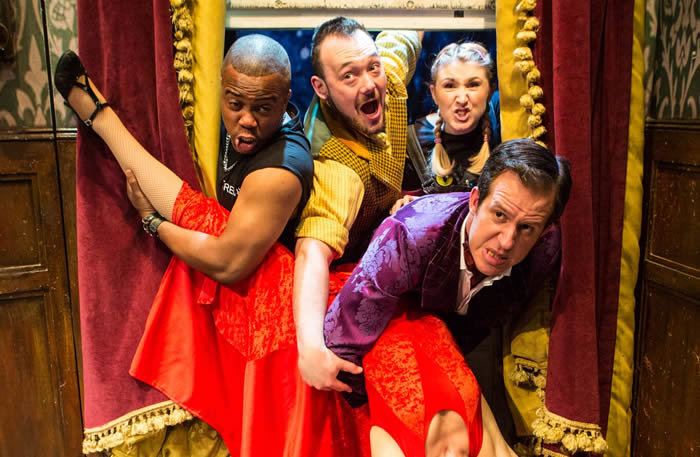 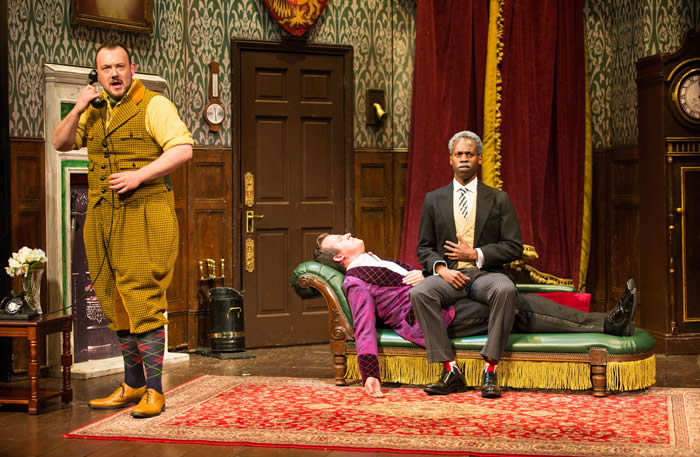 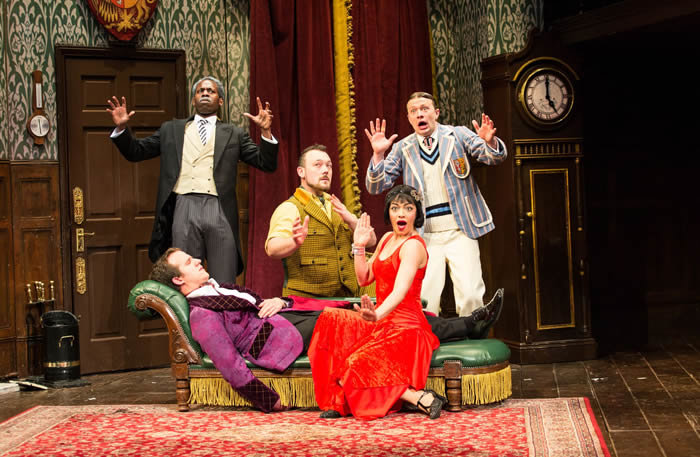 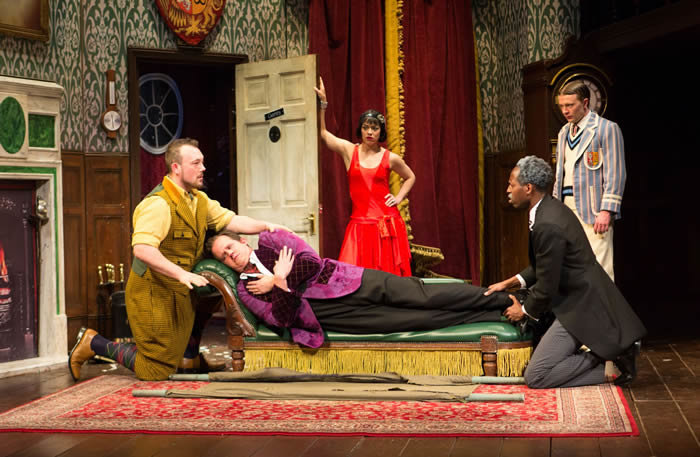 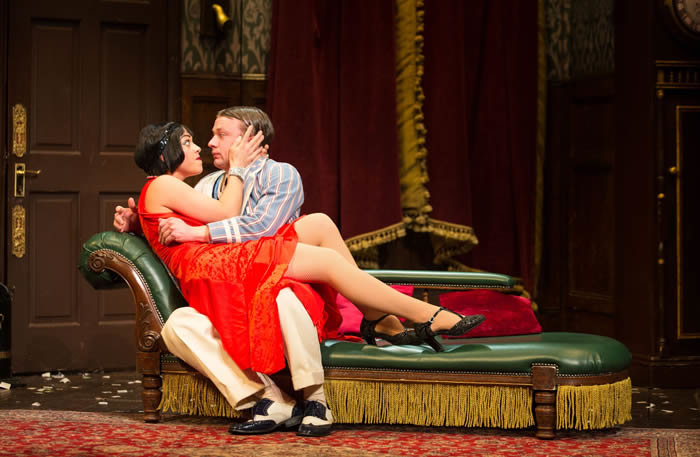 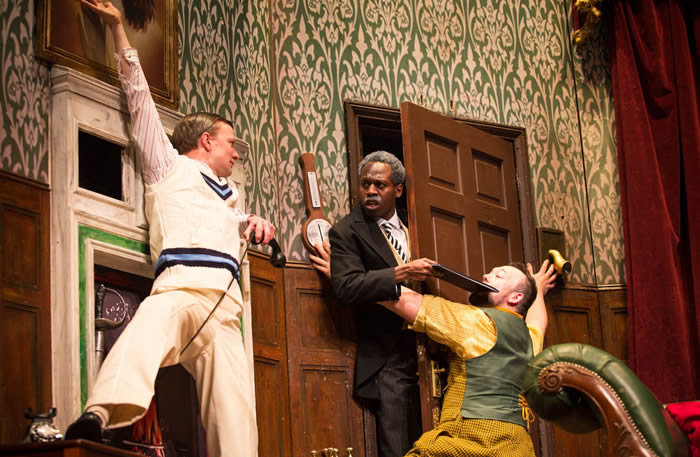 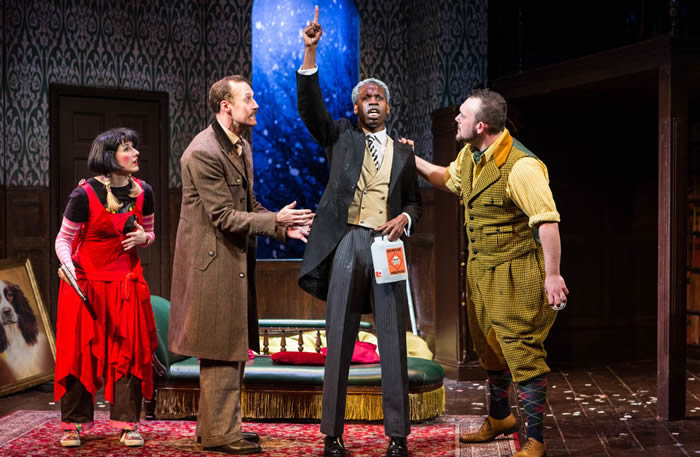 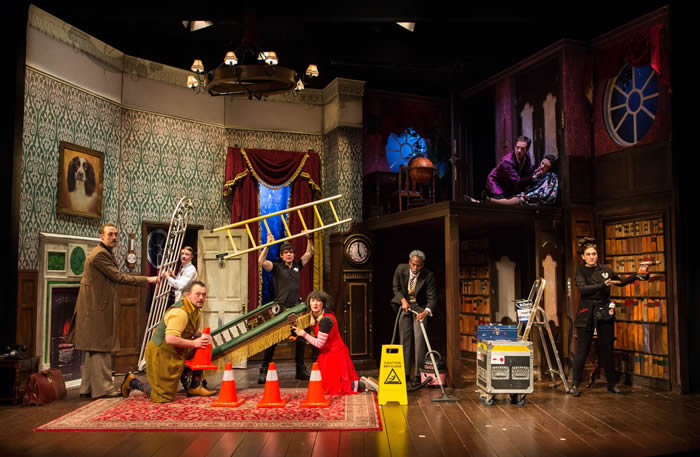 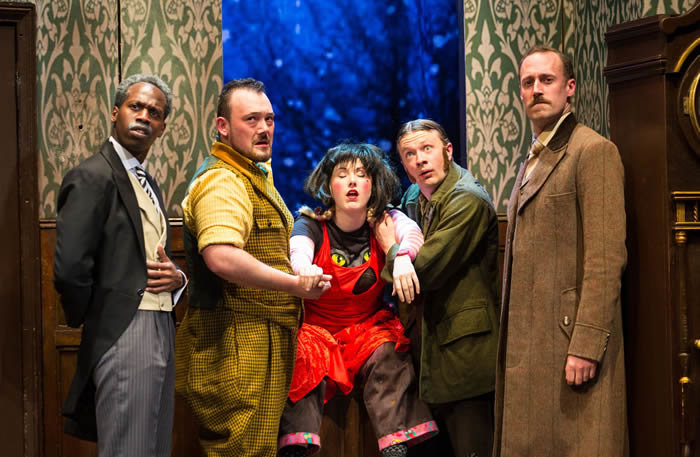