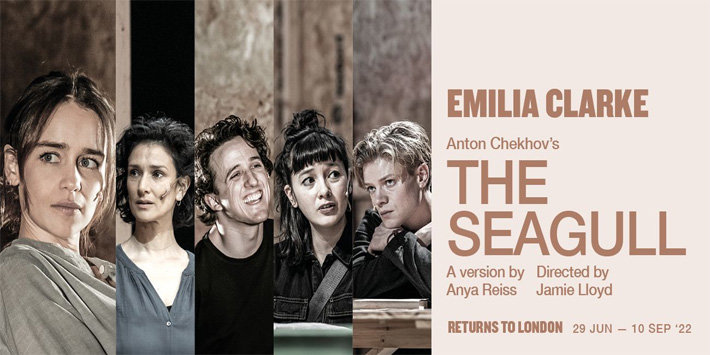 Game of Thrones star Emilia Clarke makes her West End debut in a sharp and stylish revival of The Seagull from visionary director Jamie Lloyd.

Four individuals converge in a remote country house: Nina, an aspiring actress; Konstantin, who dreams of being a celebrated playwright; Trigorin, an acclaimed but unfulfilled writer; and Arkadina, an aging star of the stage. As their hopes and dreams fall apart, the four begin to turn on one another.

Emilia Clarke stars as Nina in her first West End role. Clarke is best known for her Emmy Award nominated performance as Daenerys Targaryen in Game of Thrones.

The Seagull seat view photos show what view you will get for your money. Our users will start adding seat views when the show opens.