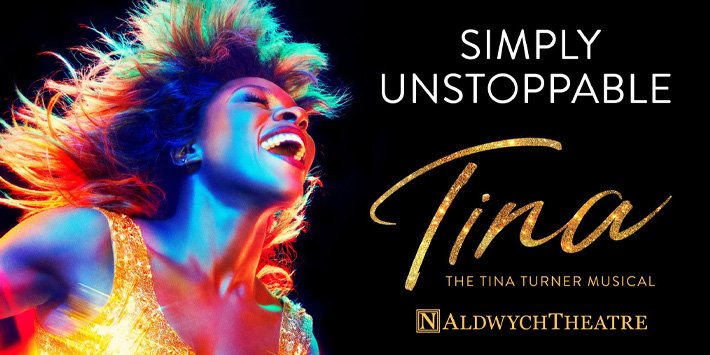 This Tina Turner musical is simply the best

Discover the untold story of one of the world's most legendary performers in this electrifying musical. Tina: The Tina Turner Musical tickets are some of the hottest in the West End, with audiences flocking to hear over 20 of the Queen of Rock 'n' Roll's best hits ring throughout the Aldwych Theatre.

Developed in direct collaboration with Tina Turner and directed by Phyllida Lloyd (Mamma Mia!), this incredible jukebox musical continues to be a hot ticket for London theatre audiences.

Discover the truth behind the music at Tina the musical

Tina: The Tina Turner Musical is the incredible true story of Tina Turner’s life both on and off stage. Born in 1939 in Nutbush, Tennessee, Tina Turner grew from humble beginnings to into a world-famous, chart-topping superstar. Shooting to fame during the 1960s with her partner Ike Turner, their dramatic break-up lead to Tina embarking on an international solo career. She has since delivered countless chart-topping hits, is a 12-time Grammy Award-winner, has sold more concert tickets than any other solo artist in history and has been inducted into the Rock and Roll Hall of Fame.

Although Tina's life and career has been previously dramatised on stage and screen, including in the 1993 film What's Love Got to Do with It? starring Angela Bassett, Tina: The Tina Turner Musical is the first to be presented in association with Tina Turner herself. Turner was involved in the early stages of development, attending workshops for the musical and giving the creative team her blessing to adapt her story for the stage. In reference to the show, she stated that, "each night I want audiences to take away from the theatre that you can turn poison into medicine."

What makes Tina the musical a hit?

Tina has a hugely talented creative team behind it, which has driven the jukebox musical to best-seller status in London. The book is written by Olivier Award-winning US playwright Katori Hall, who like Tina Turner hails from Tennessee. Phyllida Lloyd, who struck gold with runaway hit musical Mamma Mia! in the West End, directs the show.

With stunning choreography by Anthony Van Laast and costumes, hair and makeup by Mark Thompson and Campbell Young, this big-budget musical expertly recreates Tina's most memorable moments - culminating in her extraordinary '80s era which saw her dominate the charts - and completely transports audiences into her life both in and out of the spotlight.

Tina has proven a huge success since its world premiere at the Aldywch Theatre in 2018. It was nominated for three Olivier Awards, including Best New Musical, and Kobna Holdbrook-Smith won Best Actor in a Musical for his portrayal of Ike Turner. A Broadway production soon followed in November 2019, with the show picking up 12 Tony Award nominations. Tina the musical continues to be a popular choice for theatregoers on both sides of the Atlantic, and it has also premiered in Utrecht in the Netherlands and Hamburg in Germany.

Tickets for the Tina Turner musical don't just promise a thrilling peek behind the showbiz curtain. Audiences can also hear some of Turner's biggest and best hits performed live on stage by a talented West End cast and orchestra.

There are more than 20 songs performed in Tina: The Tina Turner Musical. The musical's soundtrack includes "River Deep, Mountain High", "What's Love Got to Do With It", "Proud Mary", "Nutbush City Limits", "Disco Inferno" and "Simply the Best". Both Turner's solo musical numbers and those written and performed with her former husband Ike feature in Tina the musical as the story moves across different stages of her career.

Who plays Tina Turner in the musical?

The role of Tina Turner was originated by American actress Adrienne Warren. It is one of the most high-energy leading female roles in West End musical theatre, with several music and dance numbers bringing the story of a legend to life.

How long is Tina Turner the musical?

The running time for Tina the musical in London is 2 hours and 45 minutes, with a 20 minute interval.

Simply one of the best London musicals, Tina: The Tina Turner Musical tickets give fans unrivalled access to the highs and lows of the star's emotional and uplifting story.

Age recommendation: Best for age 14+. Under 5s not permitted.

Tina: The Tina Turner Musical seat view photos show what view you will get for your money. Click 'book this seat' and we will search for availability for your chosen seat.

Earn Rewards points by adding your Tina: The Tina Turner Musical seat view photo! Use your points for Theatre Tokens and Encore Tickets vouchers and get money off your next theatre trip.

Never fails to impress me whenever I've seen it. A great night out, though at times you may have to put... More

Never fails to impress me whenever I've seen it. A great night out, though at times you may have to put up with certain audience members ignoring the instructions to let the pro's on stage do the singing.

Enjoyed the show. Not a huge back story but interesting nonetheless. Really, the whole show leads up... More

Enjoyed the show. Not a huge back story but interesting nonetheless. Really, the whole show leads up to the Finale.

Great show! The inspiring story of Tina turner is showcased in this lively musical. Audience dancing and singing is saved until the end of the show, so that the story can be told without interruption, but you’ll definitely be tapping your feet at all the familiar Tina Turner hits.

Absolutely exceptional! I visit the theatre often and this is up there with my all time favourite shows. The... More

Absolutely exceptional! I visit the theatre often and this is up there with my all time favourite shows. The energy of the performers is amazing, particularly the leading lady. The harrowing and emotive story is conveyed perfectly and really drew me in. Would highly recommend.

Second time seeing this show about Tina Turner's life. It is a must see show. Acting, dancing and singing... More

Second time seeing this show about Tina Turner's life. It is a must see show. Acting, dancing and singing all fantastic and very well done. Set nicely put together. Music was brilliant and sang very well by all the actors. The whole theatre was up dancing at the end of show and you left feeling upbeat.

What can I say? Tina was phenomenal . I’m already booking tickets to see it again. Elesha Paul Moses... More

What can I say? Tina was phenomenal . I’m already booking tickets to see it again. Elesha Paul Moses was Tina - and what a great voice she has too. She played the role so perfectly. For me; there could be no other Tina. She was absolutely 10/10. At a ding ovation at the end. Audience encouraged to sing along to a couple of songs too. Really atmospheric. Excellent. 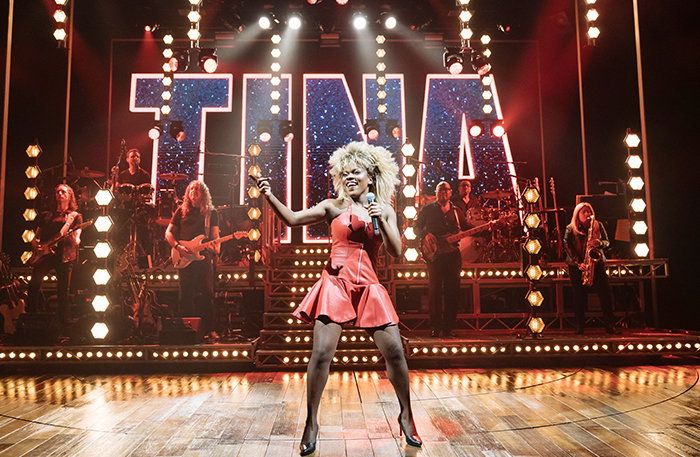 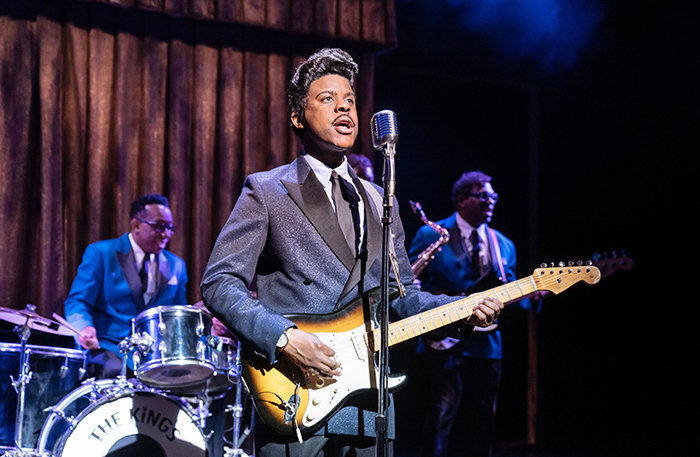 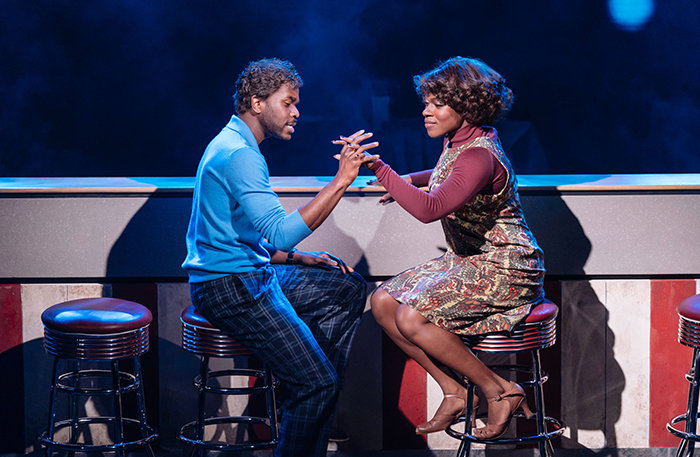 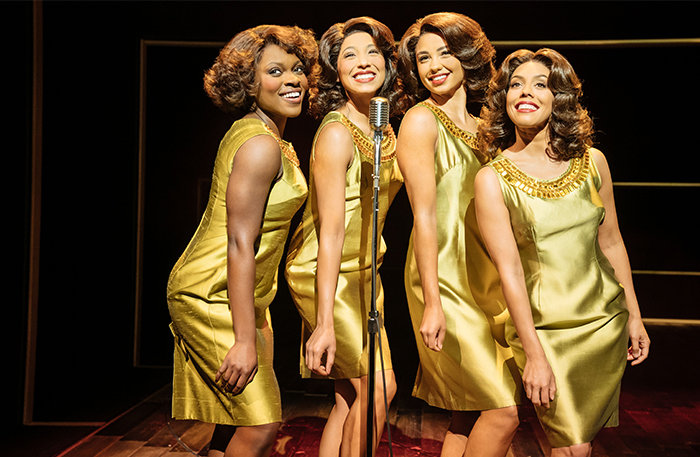 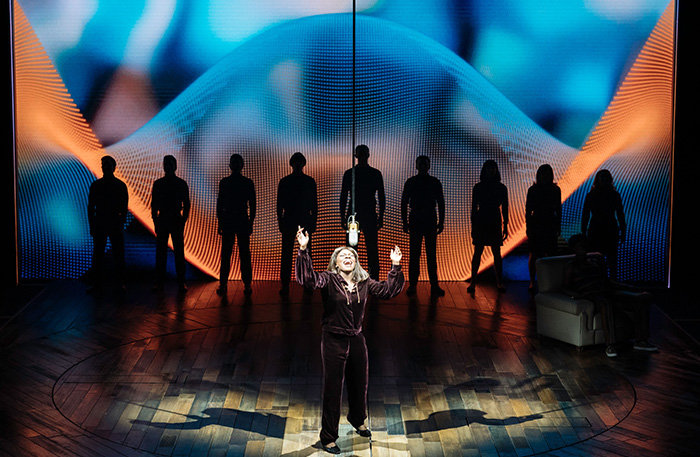 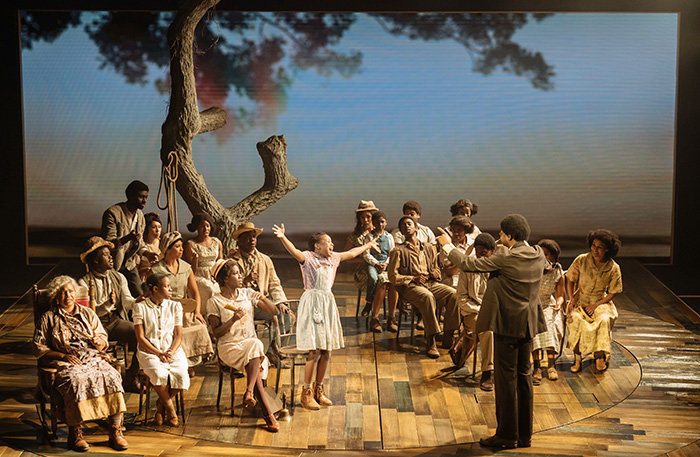 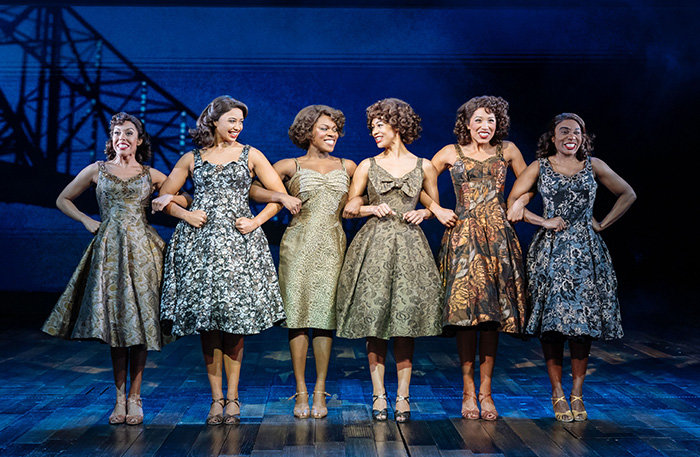