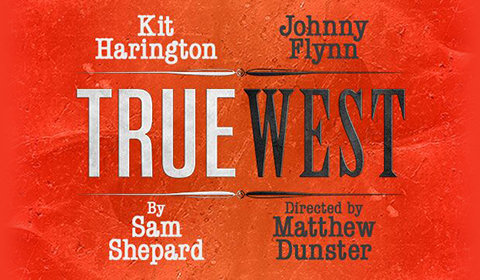 True West sees brothers Austin and Lee reluctantly brought together for the first time in five years. Austin is looking after their mother’s house whilst she’s on holiday in Alaska, using the time to work on the screenplay he’s writing. Lee alludes to a drifting in a life of crime, and tension quickly becomes evident. When a film producer comes by for a meeting the next day, Lee’s involvement has dramatic consequences in this thrilling power play.

Kit Harrington stars as Austin, opposite Johnny Flynn as Lee. Harington is best-known for his portrayal of Jon Snow in HBO series Game of Thrones. Before this, he appeared in War Horse at the National Theatre and Posh at the Royal Court, most recently appearing in Jamie Lloyd’s 2016 production of Doctor Faustus.

Johnny Flynn is well-known for his recurring role in Netflix’s Lovesick, with stage credits including The Heretic and Jerusalem at the Royal Court, for which he received an Olivier Award nomination.

Further casting includes Madeleine Potter (An Ideal Husband, All My Sons) as Mom and Donald Sage Mackay (Angry Alan, A Moon for the Misbegotten) as Hollywood producer Saul Kimmer.

Matthew Dunster directs the production, after recently directing Johnny Flynn in the Olivier Award-winning Hangmen at the Royal Court and Wyndham’s Theatre. An accomplished theatre director, Dunster’s credits span Shakespeare’s Globe, the Royal Exchange, the RSC and Young Vic, as well as penning an adaptation of A Tale of Two Cities.

With stellar names attached to Sam Shepard’s (Buried Child, Fool for Love) iconic American play, this blistering production is guaranteed to resonate with today’s audience. Tickets for True West are available for a strictly limited season at London’s Vaudeville Theatre from 23 November 2018.

Special notice: American theatre fans and people who love a family drama will adore this blistering play by one of America’s best playwrights, whilst Kit Harington fans should not miss the chance to get tickets his return to the London stage!

Sorry this show closed 23 February 2019, we recommend these similar productions.

True West seat view photos show what view you will get for your money. Unfortunately we do not have any seat views for this show.

The story is not the most climatic, but the acting was impressive on so many levels. They had so much... More

The story is not the most climatic, but the acting was impressive on so many levels. They had so much energy that they elevated the simple storyline. The set was so detailed, my eyes were dancing throughout the performance.

I'm still not sure wether I enjoyed this show or not, or even if I felt the acting was good, I think... More

I'm still not sure wether I enjoyed this show or not, or even if I felt the acting was good, I think there were parts that were really over acted and then some parts that were very still and quiet. I wouldn't recommend it.

Great play and intense, vibrant acting. Alternately menacing and funny. Totally believable characters who draw you in to their chaos as they and the set get more and more trashed. Excellent performances from all four actors.

An odd play about two brothers and a manuscript. Kit Harrington came into his own in part 2. But Johnny... More

An odd play about two brothers and a manuscript. Kit Harrington came into his own in part 2. But Johnny Flynn was superb throughout. It meanders a tad at the end when other characters appear but its well worth a watch

Kit Harington is onstage before the start, sat at a table, poring over his writings. He's a screenwriter,... More

Kit Harington is onstage before the start, sat at a table, poring over his writings. He's a screenwriter, you see - a prim, bespectacled chap, looking after his mother's place while she's on holiday. Enter his wild, no-good, deadbeat brother, determined to distract him, in between robberies around the neighbourhood. Exuding menace, he paints an unappealing picture. Then he bursts in on a meeting that the educated, screenwriting brother has with a film producer - arranges a meeting with him for himself, and says he has a story to pitch him. Lordy if the producer doesn't go for it, dropping the other brother's story! This, you see, is a nostalgic story of the Old West, of a sort that the producer doesn't think gets made anymore.. So, enter the second half and the roles are completely reversed! The screenwriting brother has given up, deciding to have a go at his wilder brother's life - the wild brother, in contrast, with a fat advance in his sights, is irritated at the distraction as he tries to write a screenplay! As the play comes to a close, we see these contrasting characters first swap roles, then gradually come together - seems they weren't so different from each other after all, as the walls literally open to a wider perspective. Actually, the whole second half is a laugh-riot; it's hilarious to watch the serious brother cut loose, and the scene with the toasters is just perfect slapstick. I loved it. Delighted to have that reaction too, as I wasn't as enthused about the last play of Sam Shepard's that I saw - Buried Child didn't quite grab me as much.

I enjoyed the show a lot. Both actors were very good, there were some funny moments. I would recommend... More

I enjoyed the show a lot. Both actors were very good, there were some funny moments. I would recommend this play. 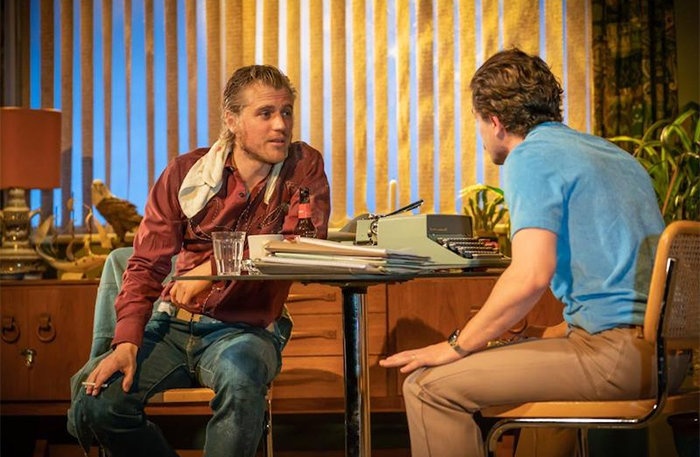 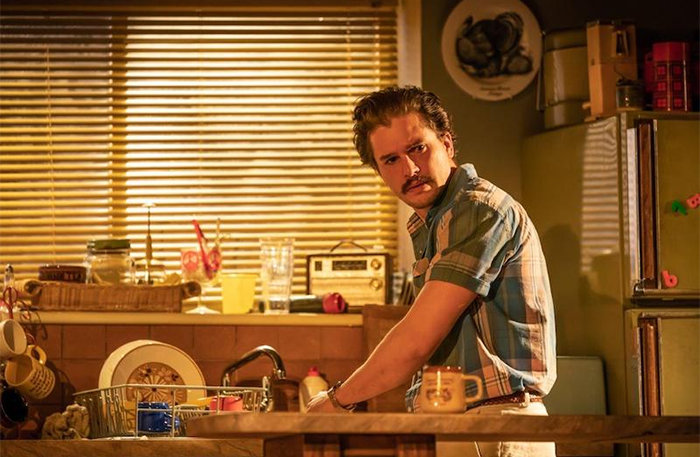 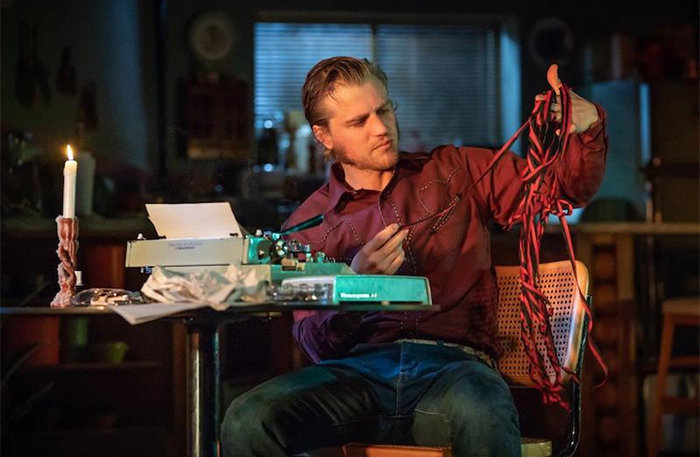 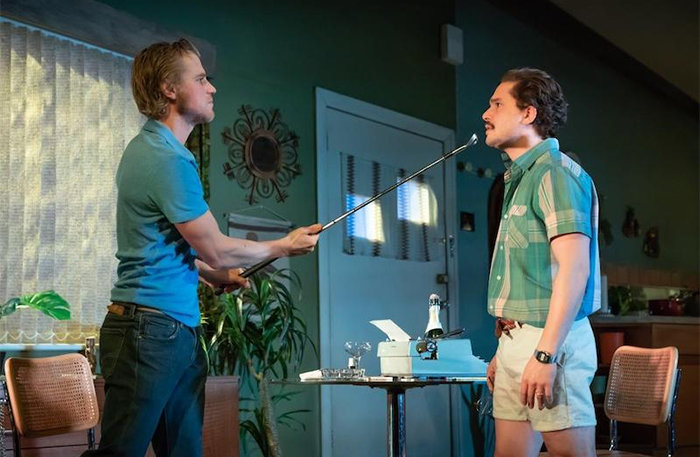 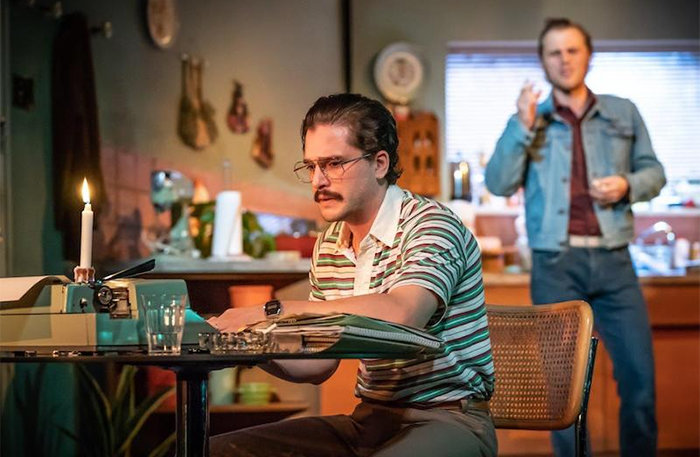 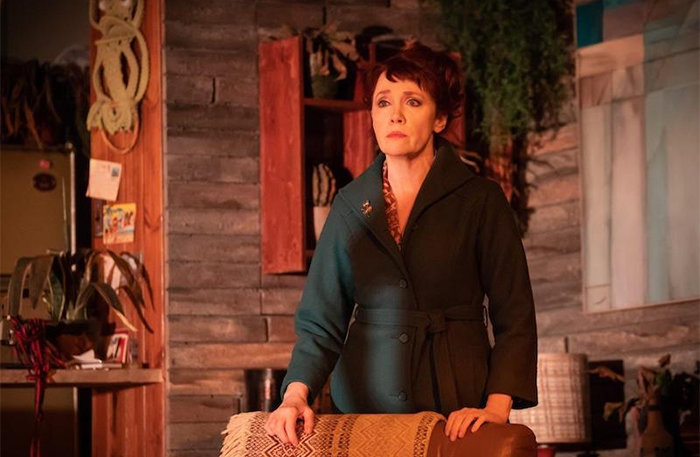