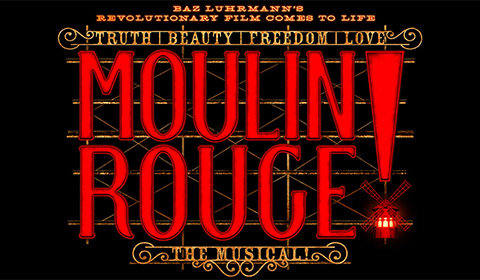 The Al Hirschfeld Theatre, originally the Martin Beck Theatre, first opened on West 45th Street in 1924, and was the creation of vaudeville theatre owner Martin Beck. It was the only venue on Broadway that opened with no mortgage at the time. In 2003 the theater was renamed to commemorate celebrity caricaturist Al Hirschfeld, who died the previous year.

Beck wanted the theater to be eye-catching and architect G. Albert Lansburgh was brought in to create an opulent, grand venue with Byzantine influences across the ceilings, columns and doorways. Following its renaming, the hallways and lobbies were updated to contain permanent exhibitions of Hirschfeld’s work. The façade and interior of the Al Hirschfeld are both designated New York City Landmarks; many other Broadway venues built in the early 20th century are also landmarks including the Neil Simon Theatre and Booth Theatre.

There is a 1,437-seat capacity in the Al Hirschfeld Theatre, divided between the Orchestra and Mezzanine. The Orchestra is only marginally larger than the Mezzanine, with each split into Left, Center and Right sections. The Orchestra also has immersive, premium Can Can Tables which sit between the stage and catwalk platforms as part of Moulin Rouge! The Musical’s unique staging. At Moulin Rouge!, seats at the far edges of Left and Right Orchestra may have restrictions from the stage’s raised platforms. Those sitting in the far rows and corners of the Mezzanine will experience below average – albeit much cheaper and more panoramic – views than the rest of the seating chart, with set pieces such as the elephant and windmill cutting into eyelines and the catwalk less visible than elsewhere in the auditorium. Despite this, the Mezzanine is ideal for enjoying the full scale and production values at Moulin Rouge! The Musical.

• Coat check in the Orchestra lobby costs $3 per item
• Bars are on both levels and drinks can be taken back to your seat
• The women’s restroom is a flight of stairs below the Orchestra; queues get long during the intermission
• Step-free access from the street into accessible seating
• Programs and merchandise are sold on both seating levels 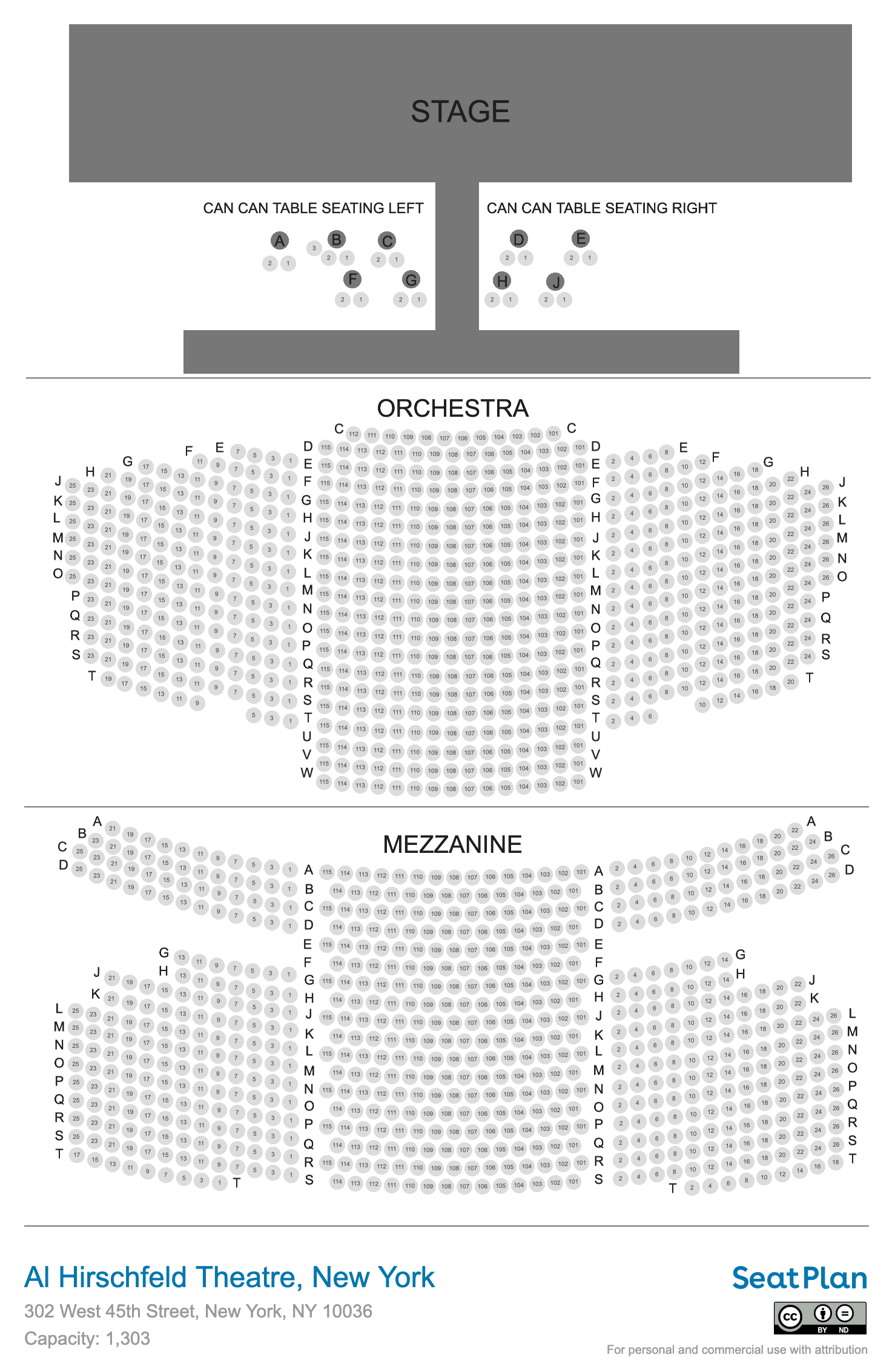 The back rows of the Center Mezzanine are some of the best value seats at the Al Hirschfeld Theatre. For Moulin Rouge!, sit centrally to avoid obstructed views from the elephant and windmill set pieces; you will also miss some action on the catwalk if you sit at the back. Seats in the back half of the Center Orchestra are past the overhang (and you will miss part of Satine's entrance) but they otherwise promise a great view of the stage for less.

The best seats in the Al Hirschfeld Theatre are the front rows of the Center Mezzanine. These are ideal for the best views of Moulin Rouge! The Musical's set design and choreography, including the balconies and catwalk. Rows C - F in the Center Orchestra are very desirable, and balance proximity and overviews of the stage. The Can Can Tables are perfect for a special, immersive experience; you are in the midst of the action with performers walking in front of and around you on raised platforms. 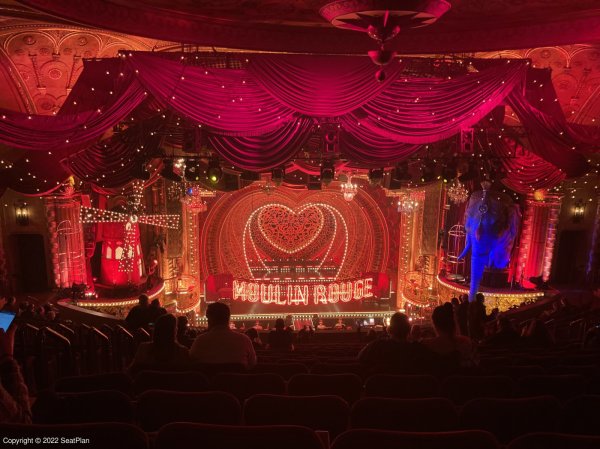 This is the second row from the back so it can feel a bit distant, but being central it was still a good view as long as you are ok with the cheap seats. Specifically for Moulin Rouge you can basically only see the tops of people’s heads when they are... More

Our seats gave us a perfect view of all the stage and the especially the top balcony area where the performers were at times in the show. The seats were very comfortable and not cramped. Enough legroom for a 6ft man with plenty of space. For stage right... More 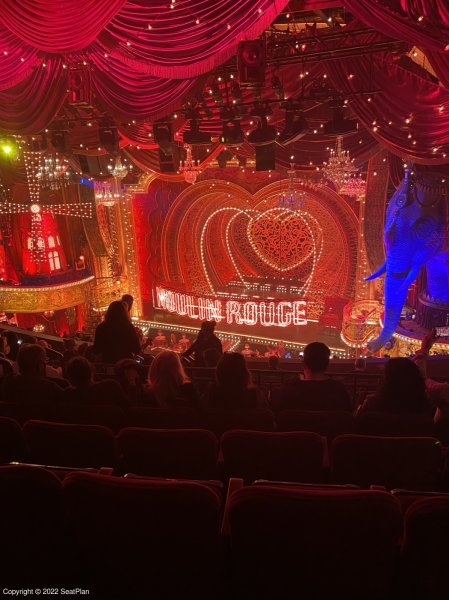 I’m relatively short, so legroom was good. I was fortunate enough to not have anyone infront of me, so I had a completely clear view of the stage! Seat wasn’t too uncomfortable, sat quite high and the angle of the view is not bad! More