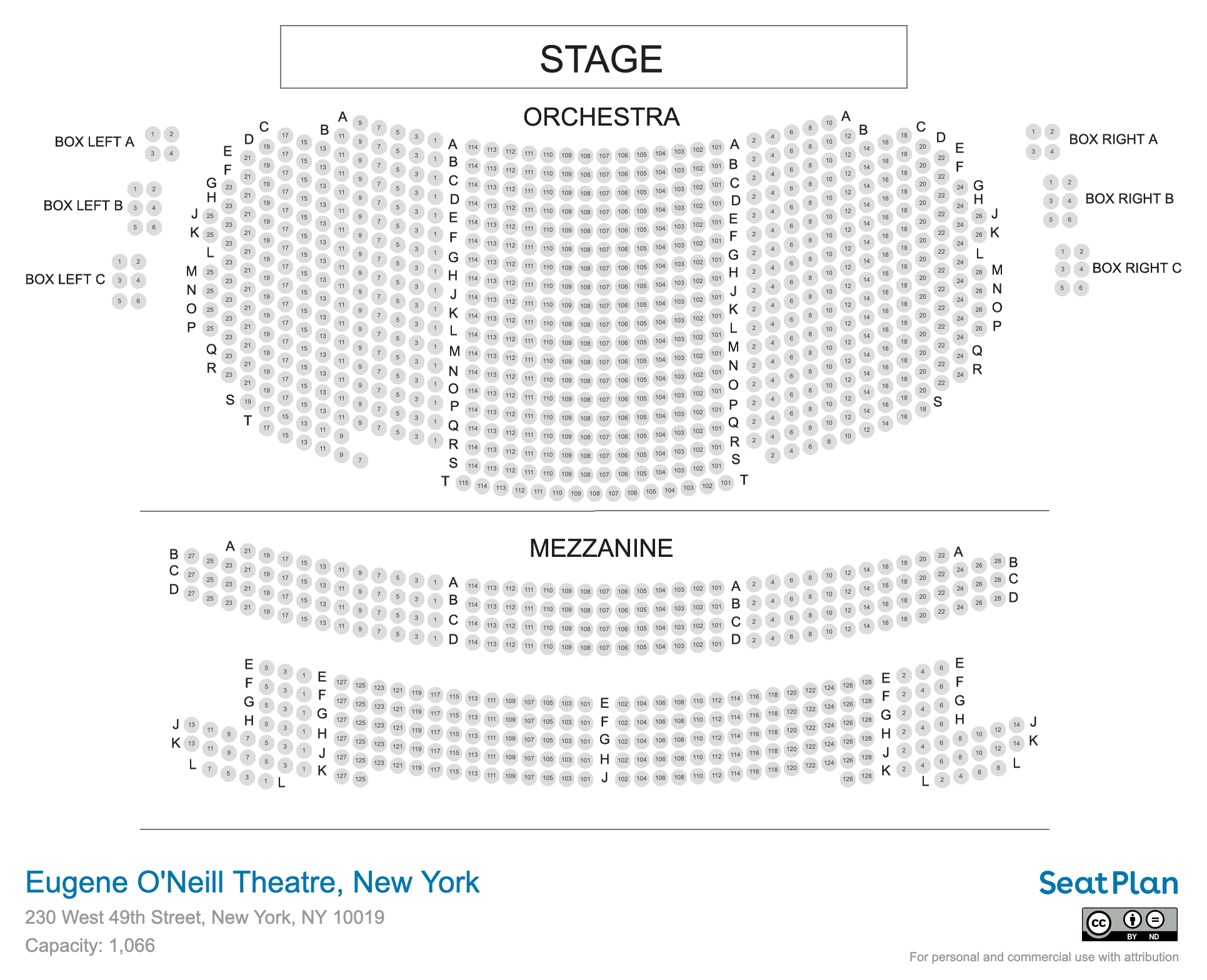 The Eugene O'Neill Theatre has a capacity of 1034 seats. Section capacities are 668 Orchestra and 366 Mezzanine. Use our interactive seating chart to view 104 seat reviews and 97 photos of views from seat.

The Eugene O’Neill Theatre opened in 1925 as the Forrest Theatre, part of the Shubert Organization’s portfolio of Broadway venues. After a change of ownership, it was renamed for playwright Eugene O’Neill in 1959. Despite a rocky start from the critics, it is now well loved as a home for mid-size musicals and plays.

Frequent Shubert collaborator Herbert J. Krapp is the architect behind the theater's Georgian design. Although not as elaborate as some of the larger Broadway venues, the Eugene O’Neill Theatre has a bright and elegant interior, with subtle patterns and flourishes around the stage and Boxes. Its medium size makes it versatile for a range of productions.

The Eugene O’Neill Theatre found its stride when Arthur Miller’s All My Sons played in 1947 to great acclaim. Almost a decade later A View from the Bridge (1955) would similarly find a home at the venue. Other memorable productions include The Children’s Hour (1952), M. Butterfly (1988) and a new production of Grease! (1991). Since 2000, smash-hit musicals including The Full Monty (2000) and The Book of Mormon (2011-present) have been staged at the theater.

There are around 1,100 seats in the Eugene O’Neill Theatre, spread across the ground-level Orchestra and Mezzanine above. Both are split into Left, Center and Right sections, and there are six Boxes elevated at either side of the auditorium. An excellent view from seat is afforded from the mid front of the Center Orchestra and the front rows of the Center Mezzanine, with views becoming less clean at the far sides, where the angle and some structural features obstruct the view. Sightlines are most distant in the rear of the Mezzanine, where prices are lower than anywhere else in the theater.

• Step-free from the street into accessible seating
• Wheelchair accessible restrooms are off-site; ask staff for assistance
• Bars are on both levels and drinks can be taken back to your seat
• Programs and merchandise are sold on both levels
• There is no coat check, but large bags may be accepted ($3 per item)

There are various options for good value seating at the Eugene O’Neill Theatre. Rows H-N of the Center Orchestra are below premium whilst keeping very clean and desirable sightlines towards the stage. Similarly, the middle and back rows of the Mezzanine have a good overhead view which is good for a budget.

Seats were great, just a little maneuvering around the guy in the row in front of me. Not much legroom, but OK for me. Only gripe is that the ushers are pretty lax about masks in the Mezz and Balcony. More 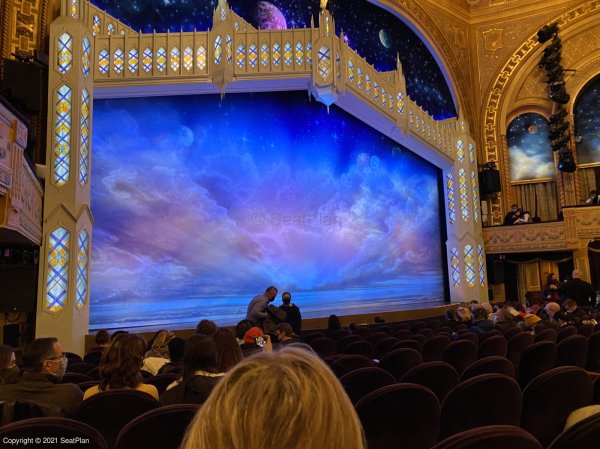 I loved these seats. A little tight on the elbow room, but the seats were comfortable, the view was great, and the theater has a slight raise to it so there was no concern with the individual in front of me obstructing my view. More

These are partial view seats. We won the lottery, so we were not sure where our seats would be. Of course, we were not disappointed. The right side of the stage is blocked a bit, but with Book of Mormon, there is not much that happens on that side, so... More